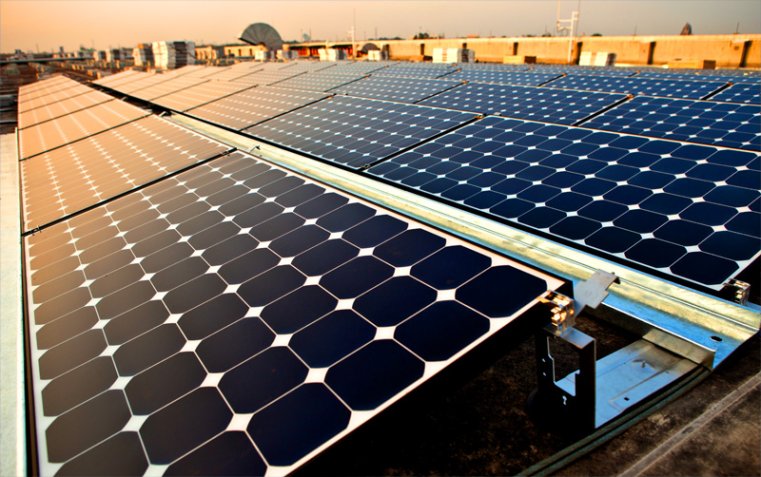 This month, SolarCity unveiled the company’s newest solar panel design, declaring it to be the most efficient solar panel in the world.

Company chairman Elon Musk, particularly known for his leading role in huge technological ventures such as the SpaceX program, PayPal, and Tesla Motors, made the announcement in New York City. He says SolarCity’s new panels are the “world’s most efficient,” taking up the same amount of space as typical rooftop solar panels available today while producing up to 40% more power. Improving efficiency will help SolarCity to keep solar power cost-effective for the consumer after the federal solar panel tax credit expires in 2016.

The technology Musk is excited about is a new type of hybrid solar panel, which is made up of part traditional crystalline panel and part silicon panel. Independent testing by Renewable Energy Test Center, which certifies photovoltaic and renewable energy technologies, verified that the new rooftop panel is capable of converting, on average, up to 22% of captured sunlight into usable electrical energy. Average solar panels operate at an efficiency that can range anywhere from 14-20%, so the new technology is a small but significant improvement over what’s currently being installed on rooftops today.

The new panel also works more efficiently at higher temperatures than other solar panels, so it can produce more power over the entire year.

Proudly Made in the USA

SolarCity is America’s largest installer of residential solar panels, and the company acquired high-efficiency solar panel manufacturer Silevo in 2014 in a bid to expand their market. In a post announcing the acquisition, Musk and SolarCity’s co-founders Peter and Lyndon Rive said their intent was to “combine what we believe is fundamentally the best photovoltaic technology with massive economies of scale to achieve a breakthrough in the cost of solar power.” To achieve the massive economies of scale, SolarCity began work on a large 1GW manufacturing plant in Buffalo, New York.

While the initial manufacturing phase of the newest panels will begin next month at SolarCity’s small pilot factory in Fremont California, operations will soon transition to New York. The Buffalo factory will be operating at full capacity by early 2016, and will be capable of churning out up to ten thousand of the new high-efficiency solar panels every day.

At that rate, these new panels will be the highest volume solar panel manufactured in the Western Hemisphere, according to SolarCity’s website.

The only other sites capable of manufacturing on such a scale are in China.

Even though outsourcing production to overseas manufacturing plants could arguably bring down their costs, SolarCity is content to keep manufacturing in American hands for now. They’re able to remain competitive in the solar marketplace because their proprietary manufacturing process allows them to build the panels more cheaply than other models of comparable output.

The new efficient solar panels are expected to be used on residential and small-business rooftops in the short-term, but SolarCity projects that it will also be an excellent technology for use in large-scale solar installations such as solar fields.

Image is for illustrative purposes only.