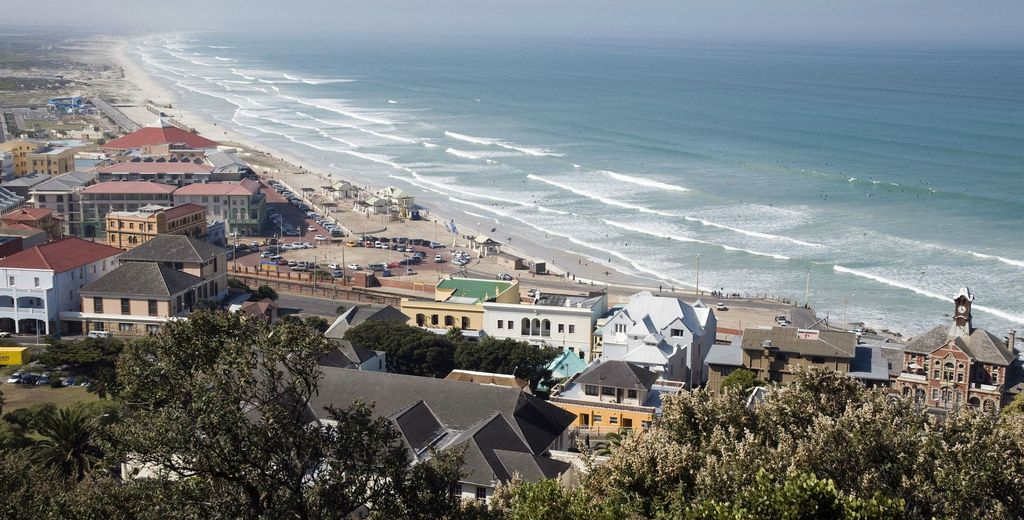 With the launch of a clean energy project, Africa’s first solar-powered airport has opened up in the Western Cape Province of South Africa.

This is a first for the continent, following the launch of a solar-powered soccer field in Lagos, Nigeria, also the first of its kind in Africa, thanks to Pavegen– an innovative clean tech company headquartered in London, England.

George Airport, located in the Western Cape halfway between Port Elizabeth and Cape Town, has completed a 200 squared-meter solar-powered plant in a period of six months at the cost of $995,000.

Using photovoltaic technology to convert solar radiation into electricity, the first phase of the project currently supplies 41% of the airport’s energy demand. The remaining 59% will be supplied according to demand from the national grid. Once the project is complete, the plant will deliver a total power of 750 kilowatts and fulfill all of the airport’s power utility needs.

George Airport, which serves about 600,000 individuals annually, is managed by state-owned company Airports Company South Africa, which manages a total of nine airports in South Africa. The goals of the company are to minimize its dependence on the national power grid with the use of renewable energy. And George Airport might only be the beginning: Airports Company South Africa’s aims to eventually run all of its nine airports on a mix of renewable energy.

The South African Minister of Transport, Dipuo Peters, stated in her address that the 200-squared meter power plant “admirably demonstrates the South African government’s commitment to clean energy generation and sustainability, as well as to our country’s increasingly prominent role when it comes to global climate change issues.”

Chairman of Airports Company South Africa, Skhumbuzo Macozoma, reinstated that the company’s long-term goals are to run all of its airports on green energy. Eliminating carbon emission from the use of traditional fossil fuels could also help the company earn a six-star rating from the Green Building Council of South Africa.

Airports are not necessarily less functional if solar energy is lacking.

Since sunlight is not available 24 hours a day, integrating solar systems with power storage and other types of systems still has the potential to maximize the capacity of power generation. Not only could the completion of George Airport as a 100% fully solar-powered facility lead to a reduction of noise pollution and an expansion in waste recycling, but even more importantly, water consumption could substantially decline. Due to the fact South Africa has experienced a harsh water drought in the past two decades, this renders the project even more valuable. In fact, Transport Minister Peters estimated that 1,2 million liters of water per year could be saved when the remaining 59% of photovoltaic panels for George Airport are in place.

Running airports on cleaner energy sources is not only noble from an environmental perspective, but the goals are also to cut down on energy costs, according to Airports Company South Africa CEO Bongani Maseko. Naturally, this also presents severe challenges.

In a Ventures Africa report, U.K. renewable energy expert Chukwuemeka Ukwuaba expressed his concerns regarding South Africa’s financial ability to power all of its airports with solar energy.

Conventional power systems cost a lot less than solar power systems in terms of maintenance, operation and capital. South Africa has an abundance of economic, employment and academic challenges, and its overall economy doesn’t quite seem to match the grandeur of the project: running one airport, let alone nine, independently of the national power grid seems rather ambitious.

However, Ukwuaba remains positive. Not only will the integration of recyclable energy into South African airports create an abundance of new jobs, but since airports are the gateway to businesses, “(…) these will obviously bring about economic improvement in the country, something South Africans need.”

Sunlight is a powerful resource, as it is free and abundant in all of Africa. This initiative should not only eventually benefit South Africa but the entire continent as well: other African countries should view George Airport as a leading example for harnessing solar energy.

Should South Africa need guidance on how to proceed, the country can always look to Southern India: located in Kochi, Cochin International Airport became the world’s first powered airport in 2015 at the cost of nearly $9.5 million.

Photo Credits: via Wikimedia and Flickr under CC license