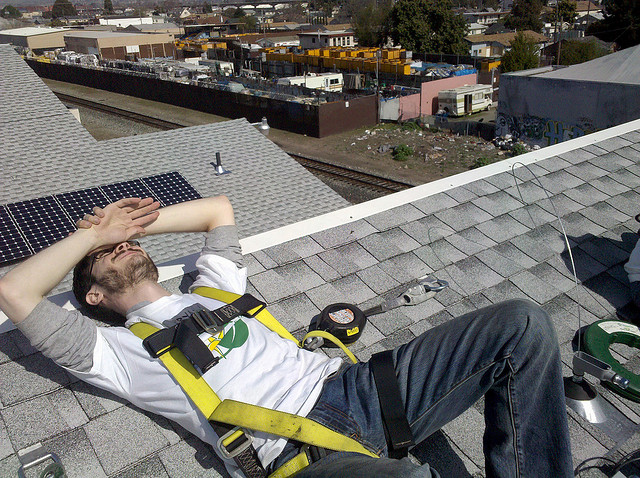 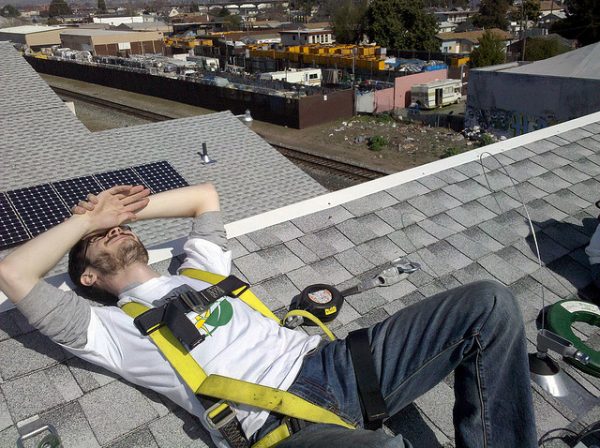 If you owned a company that produced power for a living, would you be concerned about the distributed growth of residential solar?

While new panel installations are ushering in a new era of distributed electricity generation, the old guard of utility companies are understandably upset about the changes. At the heart of the matter are net-metering laws which require utilities to pay for excess power produced by residential solar installations.

Imagine a business where you lose a customer and then are required by law to pay your former customer for services you previously rendered them (while continuing to pay for the infrastructure that you have to maintain).

Sort of like getting kicked after you’re already down.

Why Utilities are concerned about the growth of solar

But this is more than just insult added to injury. According to a new study from Lawrence Berkeley National Laboratory, utilities could be in serious trouble as solar growth accelerates:

If rooftop solar were to grab 10 percent of the market over the next decade, utility earnings could decline as much as 41 percent. [1]

And although solar still only accounts for 0.4% of residential energy generation it’s growing like a wildfire. By some estimates rooftop solar generation has roughly tripled since 2010, which is roughly one solar installation every four minutes.

As US solar growth explodes more homes than ever are now set up to produce their own power and feed it into the grid. While utility companies lose customers and have to pay them for additional power, they also have to re-price their rates in order to pay for it. Essentially, this means that non-solar customers end up paying more for power and end up subsidizing solar customers.

Some out there have dubbed this a sort of “solar is for the rich” problem, which has led some utilities to propose fees for customers with solar installations in an attempt to rebalance the equation. Not exactly what you want to hear after you’ve committed to buy a solar system that promises lower utility rates.

In a CNBC interview, Lynn Jurich, CEO of Sunrun, noted that solar has accounted for over 50 percent of new electric capacity.

The breakneck penetration of solar power is making utilities nervous while draining their coffers, Jurich said.

She rejected the idea that net metering acted as some sort of wealth transfer.

“Utilities say solar is OK as long as they are the only ones building it,” Jurich said.

With 43 states in the US (and DC) now having net-metering laws, the battle rages on, and we can only expect it to heat up as solar continues to grow. 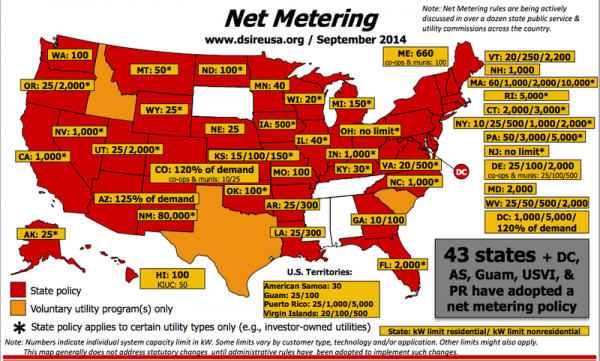 Like any big disruption to the status quo, it’s expected that the dominant players will fight back, at least initially. Over time, those that incorporate innovative policies will have a much better chance of surviving the upheaval.

One thing is certain: residential solar isn’t going anywhere, and as long as electricity prices increase over time (they will) solar will continue to be more competitive with traditional sources of energy.

For more on net-metering laws in your state see: DSIRE Net-Metering by State