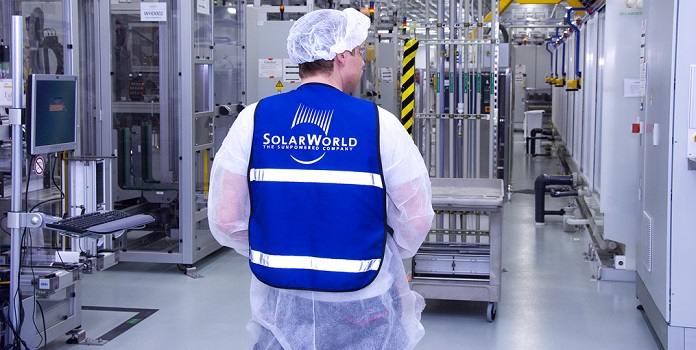 Tariffs and tweets and trade spats, oh my!

President Trump set the stage for a battle with some of America’s biggest trading partners by approving new solar panel tariffs, and it quickly snowballed into much more. Let’s look at the hype surrounding Trump’s developing trade-spat, the international players involved, which sectors it will impact, and what the consequences may be. 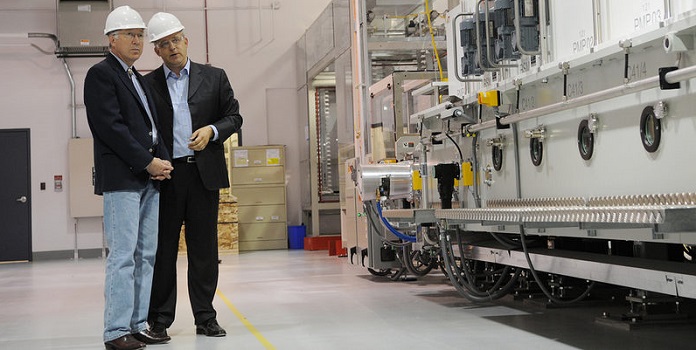 American solar panel manufacturer Suniva made the tariff request to protect its struggling business, claiming they could not compete with cheap foreign (mostly Chinese) panels. The company filed for bankruptcy in April and, shortly after, filed a Section 201 petition for ‘import relief for domestic industries,’ allowed under the 1974 Trade Act.

An International Trade Commission (ITC) investigation of the solar panel industry followed last spring. Based on the investigation findings, President Trump announced the tariffs on imported solar panels to protect these struggling domestic companies on January 22, 2018.

Why does this one specific piece of a nearly 45-year-old trade act matter? Because it essentially grants the US an “escape clause” from the General Agreement on Trades and Tariffs (GATT), the international trade rules adopted by 153 countries around the world which protect and encourage international trade via “substantial reduction of tariffs and other trade barriers and the elimination of preferences, on a reciprocal and mutually advantageous basis”.

However, the GATT isn’t the end-all-be-all set of regulations, at least in the US. If “serious injury” is being inflicted on a US industry due to foreign imports, Section 201 (page 58) of the US’ 1974 Trade Act offers the US President sole authority to implement special protections.

This provision is rarely used, mostly because presidents have been concerned about retaliation tariffs. Since 1974, there have only been 74 investigations, with just nine of those resulting in tariffs. The last time Section 201 was used was in 2002, when President George W. Bush implemented a duty on several steel imports coming into the US.

It is a decision the Bush Administration now openly regrets. “I don’t think it was smart policy to do it, to be honest,” said President Bush’s former Chief of Staff Andrew H. Card Jr. this year. “The results were not what we anticipated in terms of its impact on the economy or jobs.” In fact, it started a trade spat with several of the United States’ biggest trade partners.

In this case, the Trump administration decided there was enough “serious injury” to US manufacturers to warrant the tariff.

So what’s the big deal, hasn’t the US implemented tariffs on solar panels before? Indeed it has. As mentioned above, back in 2012 the US slapped anti-dumping tariffs of roughly 30 percent on Chinese solar panels imported into the US and similar tariffs on Taiwanese panels in 2014, under the belief that Chinese manufacturers had simply moved solar manufacturing from the Chinese mainland to Taiwan after the tariff began.

2018’s tariff round is different, however, in that it is a blanket tax across all solar panel imports regardless of their origin (except Mexico and Canada, who are currently protected under the North American Free Trade Agreement, aka NAFTA). This increases the scope of the tax, and its potential impact, a great deal.

Impact on the Renewable Energy Market

Green energy experts believe the tariffs will be a huge setback to our renewable energy industry. More than 80 percent of the US’s solar installations use imported panels, most of which come from Asia – namely China and Korea, as well as Malaysia,Thailand, and Vietnam. The duty will be enacted for four years, with tax numbers highest in year one, at 30 percent, and slowly decline until they reach 15 percent in year four.

(Note that the tariff does not apply to the first 2.5 gigawatts of unassembled solar cells, which can be imported tariff-free each year.)

While US solar panel producers originally asked for a 50 percent tax, they appear happy with the outcome. Many other players in the US solar energy market, however, are wrought with disappointment. The cost of their supplies have essentially gone up one-third overnight, and that added price will eventually be passed on to the end consumer.

In fact, at an average cost of $2.80/watt for residential solar (again, p.21 of the report above), a standard-sized 5kW installation would cost $14,000 without accounting for the tariffs, and $14,525 with the tariffs included.

Commercial installations on the other hand, where the panels account for a much larger portion of the total cost, will likely be greatly affected by the tariffs.

Even still, while the main objective of the tariffs is to artificially raise the cost of cheap imports and level the playing field for US solar panel manufacturers, it has the potential to drastically slow down the amount of consumers interested in going solar. The jobs that could be lost as a result will spread much farther than just to those manufacturing solar panels in America. 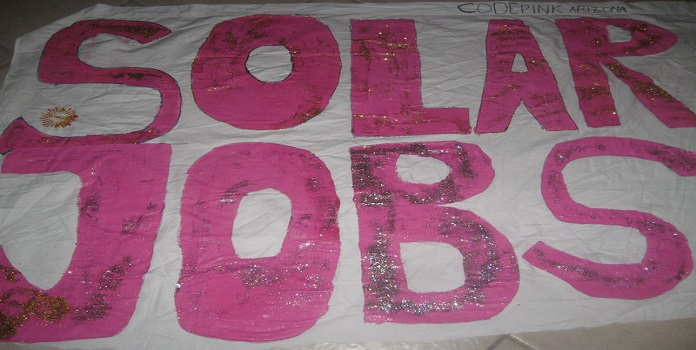 The Solar Energy Industries Association (SEIA) projects that the tariffs will cause 23,000 job losses across the US solar energy industry in 2018 alone. With the industry employing approximately 260,000 people, that’s just under 9% of the workforce.

Around 38,000 Americans in the solar industry work in manufacturing, according to figures from late 2016. However, SEIA clarified that only 2,000 work in the manufacturing of actual cells and panels. The rest manufacture other products that are part and parcel of the solar installation industry.

So while just under 1/20 of solar manufacturing jobs may be more secure, the remaining jobs may disappear, due to a decrease in demand for solar installations. And if people aren’t going solar because it is more expensive, companies will lay off workers at all levels — everything from sales and installation right on to the manufacturing jobs the tariff is supposed to protect.

The Tariff Trend Takes Off 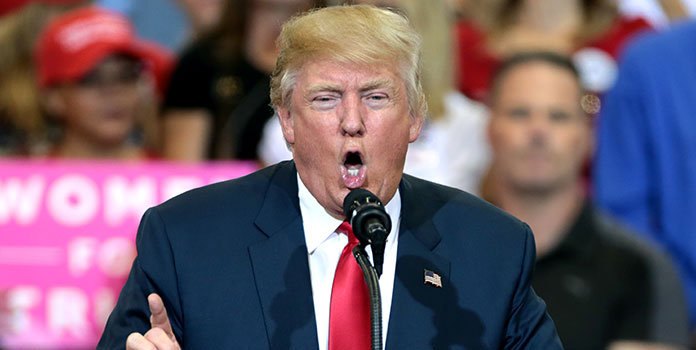 It may not be so surprising that President Trump used this “escape clause” as an attempt to protect American industries. The solar panel tariffs are, for better or worse, just the start of what seems to be a tariff trend carried out by his administration.

Less than six weeks after the solar panel tariffs (and an additional tariff on washing machines) were announced, President Trump made the same move in another industry, despite the warnings of his party.

On March 8th, he announced tariffs on steel and aluminum imports into the United States, effective in 15 days. Regions across the world reacted strongly, including Asia and Europe, and both are already openly speaking about retaliating.

The European Union, which exported more than $6 billion worth of steel to the US in 2016, is also America’s top export market in the world. The EU has made it clear that they will not accept duties on their exports without a fight, threatening to counter with tariffs on dozens of American products — everything from peanut butter to blue jeans.

In fact, European Commission President Jean-Claude Juncker stated that the Union would add politically motivated tax hikes to Levi’s jeans, whisky bourbon, and Harley-Davidsons, all products made in key Republicans states. Other taxes would hit products like orange juice, produced in the election swing state of Florida.

Meanwhile, China has already been retaliating by opening an anti-dumping and anti-subsidy investigation into US sorghum imports. The grain, which China uses heavily to its feed livestock, is grown in several states throughout the Midwest and South. China buys nearly all of its sorghum supply from the US: last year, the country bought just shy of 5 million tons of sorghum exports from the US, worth about $1 billion dollars.

China’s Foreign Ministry has vowed to “take all legal measures” to protect their own interests if the US continues to take unilateral and protectionist “actions that will harm both China and itself.”

President Bush’s duties on steel less than two decades ago and the anti-dumping tariff against China in 2012 brought the same reactions. The problem is, in the long run, the tariffs neither protected American companies nor its jobs. It did the opposite. “We didn’t expect it to cost us jobs,” Card Jr. said. “Once the tit-for-tat starts, there are unintended consequences. You don’t know the extent of how everyone else will react.”

What Does the Future Hold? 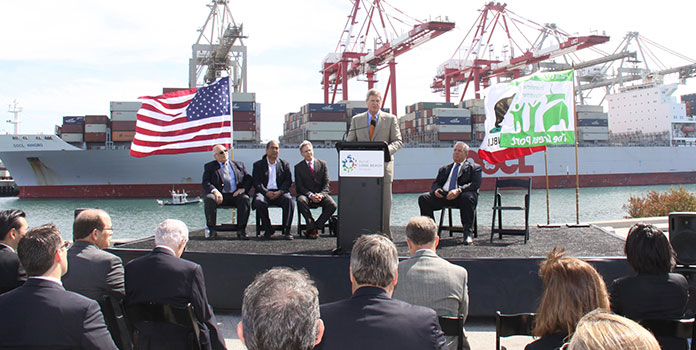 The tariffs on solar panels are predicted to slow the burgeoning shift that the US is taking towards renewables. Unfortunately, these events are transpiring just as solar panels were reaching price parity with fossil fuel market competitors like coal, oil, and natural gas.

What’s more, President Trump has just signed an executive memorandum to impose a new round of tariffs in late March aimed at roughly $60 billion worth of Chinese-made products imported into the US.

This raises serious fears of an impending trade war between the US and several of its biggest trading partners, as the president said this would be “the first of many” similar trade actions his administration plans to take in the coming months.

Only time will tell what these series of tariffs will do for the solar energy industry and the world at large. Hopefully nothing that can’t be fixed down the line.