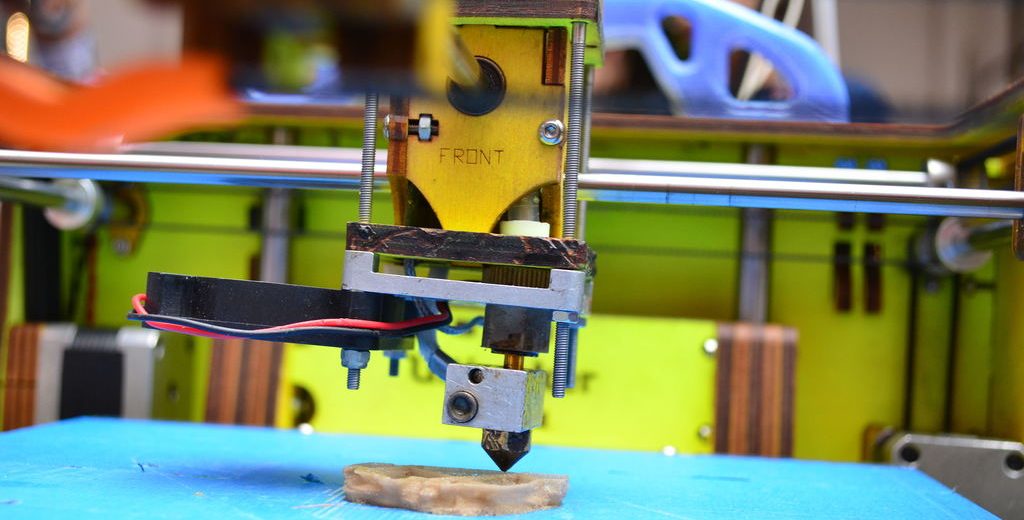 A team of researchers has uncovered the key to what they call 4D printing – and solar energy may be one of the top 2 fields to benefit from the great invention.

Did your eyes widen in disbelief with the invention of 3D printing as plastic, ceramic, glass, living cells, and even chocolate were born out of a printer? Now it may seem like yesterday’s news. In a way, it kind of is. The 2D laser printer in your home office is probably looking more and more archaic to you these days – or if you’re still using one of those prehistoric dot matrix printers from the 1980s, shame on you. It’s time to step into the future with 4D printing.

4D printing does not involve traveling in the fourth dimension of time, unfortunately – at least not yet – but it implicates the engineering of a new type of structure that can remember its original shape.

A research team from Massachusetts Institute of Technology (MIT) and the Singapore University of Technology and Design (SUTD) have combined efforts to create a type of structure that returns to its original shape after being bent, twisted, stretched or as one could even say, after “getting bent out of shape”.

How? The complex 3D structures (examples include flowers, an inch-tall replica of the Eiffel tower and small coils) are printed with light in a unique process that programs them to return to their original forms as soon as their temperature reaches a certain “sweet spot”.

In other words, if a temperature increase is detected, the material morphs back magically (or maybe we should say scientifically) into its original shape in a matter of seconds. While this may seem more like a weapon to be used in the next Invasion of the Body Snatchers, today it’s considered a breakthrough for what could soon become internationally known as 3D printing solar panels.

It’s not the first time shape-memory polymers have appeared in the scientific news headlines. Scientists and engineers have already shown the memory and “intelligence” of certain types of materials. In fact, a common technology already used in shape memory alloys uses temperature changes to cause changes in material shapes. Electro-active polymers, on the other hand, use an approach that is more chemically geared with catalysts that activate polymers with pressurized fluids, gasses or even with light.

The MIT and SUTD research team have achieved dimensions that are at least one-tenth of the progress so far.

We’re talking about printing micron-scale features, such as the diameter of human hair, which would allow engineers to fine-tune various shapes and designs with the utmost precision.

Shape-memory polymers that morph back to their original structure according to temperature changes (in this case, temperatures need to stay between 40 and 180 degrees Celsius) could be used in a number of applications, including pharmacology and yes – solar energy. Massachusetts Institute of Technology’s associate professor of mechanical engineering, Dr. Nicholas X. Fang, says that soft actuators could turn solar panels toward the Sun, thus creating the world’s first “3D printing solar panels”.

So how does 3D printing get its cutting edge, futuristic 4D printing name? Qi “Kevin” Ge, now an assistant professor at SUTD, explains that shape-memory materials are designed to change over time – yes, the fourth dimension that we referred to earlier on.

It’s no secret that solar energy researchers are always on the prowl for discovering new ways to maximize the efficiency of a solar panel – or in other words, how much solar energy a solar panel actually captures. Past methods have revolved around coating PV panels with different materials that harness more light, using different chemical compounds to construct solar cells and tracking solar light throughout the day with heliostats, similar to how sunflowers track the Sun.

(Quick trivia fact: if you didn’t know, a sunflower has an internal clock that detects light, allowing it to use growth genes to bend its stem with the arc of the Sun. During nighttime, the sunflower manages to position itself all over again to face East and welcome the sunrise).

So quickly, what are solar trackers?

A big problem today with rooftop solar panels is the reflection of light. Shallow angles between solar modules and incoming light create much diffusion and reflection, which results in poor energy conversion rates. Don’t forget that the Sun moves across the sky during the day (not to mention during the year –and yes, we’re talking about relative motion here because we all know it’s the Earth that moves around the Sun!) so there are numerous periods of time when sunlight collection fails to be optimized.

How do you increase your solar efficiency without needing to tighten your belt or empty your savings to purchase more PV panels? Solar trackers are the answer.

Today solar trackers are used to ensure solar arrays track the movement of the Sun across the sky throughout the day and year so they can maximize energy absorption and energy generation. In fact, the effective collection area of a flat-panel solar array varies with the cosine of the misalignment of the panel with the Sun. This relationship has led to the development of a plethora of different solar tracker types and configurations.

For instance, flat-panel PV solar systems utilize trackers to minimize the angle of incidence between incoming beams of light and PV panels. Solar trackers are also a vital part of concentrated solar power applications since these types of systems will not operate unless pointed directly towards the Sun.

The concept of tracking the Sun may seem futuristic but today’s technology relies on PV cell actuators that are heavy, not that efficient, and very expensive to boot.

To print with very fine detail, this new revolutionary technology relies on a particular type of 3D printing called microstereolithography, pioneered by the MIT and SUTD research team itself. In this process, light from a projector is used to print patterns on layers of resin with computer-aided design (CAD) software, which helps create a model of the structure. The model is then divided and sent through the projector layer by layer in very fine pixels as a bitmap. In the end, light from the projector is shined in the bitmap’s pattern and onto liquid resin, thus “printing” the pattern on the resin.

The MIT and SUTD research team proceeded to find the right combination of flexible and strong polymers to build their adapting material. Long-chain polymers with spaghetti-like strands with shorter chain polymers that appeared more like rigid scaffolds turned out to be perfect for the job. In combination, the concluding material stretches, twists and does everything short of a Cirque-du-Soleil show without breaking apart (and on a much smaller scale).

The reputed MIT professor added that using their own printers, which offer smaller pixel sizes, allows the complex material to react much more quickly to all external changes – giving a response time on the order of seconds. Achieving smaller dimensions would mean achieving even smaller response times on the order of milliseconds (10-3 seconds).

Hopefully the solar energy researchers begin refining the mind-blowing 4D printing techniques developed by MIT and SUTD and will soon develop the world’s first 3D printing solar cells: solar cells equipped with efficient, easy-to-install, affordable and effective actuators that maximize the efficiency of PV cells by tracking the movement of our celestial Sun in the sky.