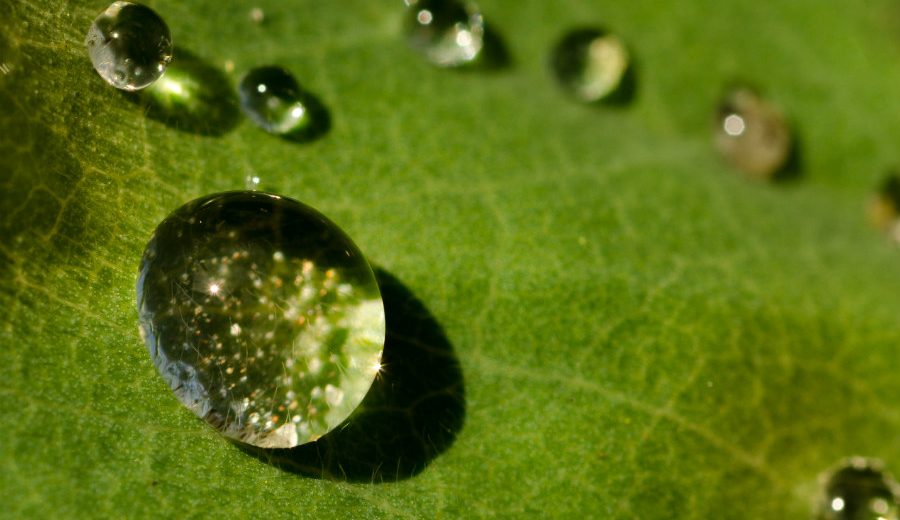 Today, solar energy allows us to harness electricity from photovoltaic cells in a process that yields hydrogen and stores it in fuel cells. But scientists have so far failed to use this method to produce practical fuel that can be used for power. But it now appears that this may no longer be the case.

In February 2015, Dr. Pamela Silver, the Elliott T. and Onie H. Adams Professor of Biochemistry and Systems Biology at Harvard Medical School, and Chemist Dr. Daniel Nocera, the Patterson Rockwood Professor of Energy at Harvard University, announced the spectacular product of their research: a bionic leaf that matched the efficiency of photosynthesis.

By combining water, air, and carbon dioxide, all green living things can efficiently convert sunlight into energy in a process called photosynthesis.

“If you think about it, photosynthesis is amazing,” says Dr. Daniel Nocera in a statement, later adding that they had surpassed nature’s process by converting all energy into fuel with their new, exciting research. In fact “bionic leaf 2.0”, as the artificial photosynthesis device has been nicknamed, can now produce energy at approximately a 10% efficiency rate.

The research findings, published on June 3rd in the journal Science, were described as successfully meeting two major goals:

So how does the bionic leaf work?

You can think of a bionic leaf as a living battery that combines chemistry and biology. The process of splitting water into oxygen and hydrogen is powered by utilizing solar electricity from photovoltaic cells. Starved microbes are added to feed on the hydrogen, which converts and enables the release of carbon dioxide into the form of alcohol fuels.

The first bionic leaf produced in 2015 could produce about 215 milligrams of alcohol fuel per liter of water; however, the catalyst that enabled the splitting of water molecules into hydrogen and oxygen atoms – nickel molybdenum zinc – was not compatible with the microbes as they would die of poisoning.

The Harvard team, which also includes post-doctoral researcher Dr. Chong Liu and graduate students Brendan C. Colón and Marika Ziesack, set out to find a new catalyst that would enable the splitting of water molecules without harming the microbes necessary for the experiment. The scientists found the answer in an amalgam used as a common anticorrosion agent – an alloy of phosphorus and cobalt.

Phosphate in water is actually beneficial for living things – including half of the constituents of the new bionic leaf, a bacteria called Ralstonia eutropha.

Running an electric current generated by photovoltaic cells into the phosphorus, cobalt and water solution splits the water molecules with the formation of the cobalt phosphide catalyst. The voltage of the photosynthesis device is also higher than needed in order to ensure the formation of the catalyst with an abundance of free electrons – without which the Ralstonia eutropha bacteria would perish and abruptly halt the splitting of water molecules. As a result, the catalyst never dies as the artificial system carries on creating energy.

To date, the new  photosynthesis device has been able to run continuously for 16 days.

Furthermore, the cobalt phosphide catalyst manages to split water molecules without releasing reactive oxygen atoms, which can potentially damage DNA with the release of free radicals. The Harvard researchers have yet to figure out why that is, but it allowed the team to lower the voltage of the experiment, boosting the efficiency of bionic leaf 2.0 by a major increase.

This was one of the major challenges of the first artificial photosynthesis device, bionic leaf 1.0. The nickel-molybdenum zinc alloy used as a catalyst to produce hydrogen would yield oxygen molecules stripped of their electrons. These oxygen ions would destroy the DNA of the bacteria and essentially kill it. Working around this problem, Harvard researchers had to run bionic leaf 1.0 at extremely high voltages, which dramatically lowered the efficiency of the system.

Dr. Michael Strano of Massachusetts Institute of Technology – who was not involved in the bionic leaf 2.0 project – describes Dr. Daniel Nocera’s research and its use of biocompatible water-splitting chemistry as a breakthrough in science.

But bionic leaf 2.0 does much more than match the 1% efficiency of a fast-growing natural photosynthesis system: the new artificial device has the potential to make 60 grams of isopropanol fuel from 130 grams of carbon dioxide out of 230,000 liters of air in one kilowatt-hour of electricity. As mentioned earlier, this amounts to a vastly improved 10% efficiency.

On top of vastly boosting the system’s efficiency, Dr. Daniel Nocera and his colleagues have managed to include isobutanol and isopentanol into the “product portfolio” of bionic leaf 2.0.

The new artificial photosynthesis system also offers the potential to generate much more than usable fuels. “The beauty of biology is it’s the world’s greatest chemist – biology can do chemistry we can’t do easily,” Pamela Silver was quoted as saying. She adds that the team now has the platform to create any downstream carbon-based molecule, and could, in theory, generate a variety of other products, making bionic leaf 2.0 extremely versatile.

For instance, the Ralstonia eutropha bacteria could be used to generate a vast range of chemicals synthesized from fertilizers or other polluting sources, as well as the complex hydrocarbon molecules found in fossil fuels. In their Science paper, the Harvard team mentions they have used Ralstonia eutropha to make PHB – a molecule that can be transformed in certain types of plastics in a process initially proven by Massachusetts Institute of Technology professor Anthony Sinskey.

Ultimately, the goal is to achieve reverse combustion, which would, in essence, recycle carbon dioxide waste into clean energy.

A decade ago, scientists were burying the toxic by-product of fossil fuels instead of trying to efficiently convert waste back into energy. Today the Harvard team has established new grounds in taking water, sunlight, carbon dioxide and the right catalyst – in this case cobalt phosphide – to generate an alcoholic fuel.

Cleaning up air by removing excess carbon dioxide could not only help contribute to the problem of global warming, but bring clean fuels to developing countries that lack the means to access modern energy.

Using the principles of artificial photosynthesis, one bottle of drinking water could, in theory, provide enough energy to power an entire household in a developing country.

A 10% efficiency exceeds the established 8% threshold needed to be considered for scalable and viable modern applications in today’s world. Dr. Johannes Lischner, a Royal Society Fellow and Lecturer from the Faculty of Engineering, Department of Materials, Imperial College London, says this high efficiency is promising and calls the research “intriguing”.  He also adds that the real question is whether or not bionic leaf 2.0 will work as a real-world device.

For instance, the system would likely encounter practical problems in developing countries that may not have the capabilities of accessing infrastructures necessary for storing solar energy. Another possible drawback is whether or not these biological systems could survive in harsh environments such as the Sahara desert.

Dr. Daniel Nocera’s goals are to bring his revolutionary technology to the developing world by working with the First 100 Watts program at Harvard, which contributed to research funding, and is also counting on the involvement of scientists from these developing nations. The Harvard team’s work is also supported by the Office of Naval Research Multidisciplinary University Research Initiative Award, the Air Force Office of Scientific Research Grant, the Wyss Institute for Biologically Inspired Engineering, and the Harvard University Climate Change Solutions Fund.