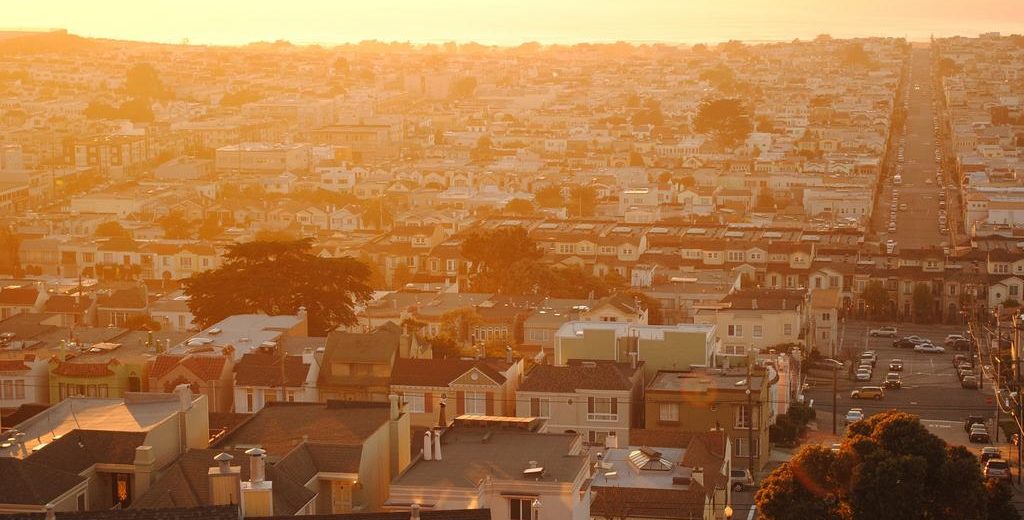 A solar firm in Australia is testing bitcoin technology – blockchain – for allowing homeowners with solar to sell their excess energy to their neighbors, rather than back to the utility.

The technology driving the system is blockchain, the same technology that drives the digital currency Bitcoin.

What is a blockchain?

A blockchain is a distributed database of all records that have ever been made in a system, which is then stored across every computer within the network. Because each network member has a constantly updating copy of the blockchain ledger, this prevents the need for a central control authority. Instead, the computers in the network continually monitor each other and each transaction is verified by consensus of the majority of the network participants.

Once information has been entered onto the blockchain, it can never be erased. As such, the blockchain maintains an auditable and verifiable record of each and every transaction that has ever been made.

While there has been much controversy about the emergence of Bitcoin as a decentralized currency, the blockchain technology driving it has been proven to work flawlessly and to be completely safe from fraud.

In Western Australia, this revolution is taking shape in the form of peer-to-peer trading of excess energy generated from domestic solar panels.

Their pilot project is currently underway at the retirement community, Busselton Lifestyle Village, near Perth. It involves 10 households and approximately 20 people. The Busselton site was chosen as a perfect location to trial the technology due to having a good mix of consumers with and without solar panels. The selection of a retirement village was no coincidence either: “We want to show that this tech is so simple that anyone could use it,” says Green.

During the two-month trial, which started on 11th August, residents with solar panels installed in their homes will be able to see how much they would be able to sell their excess energy for if they were to sell it to other homes within the community rather than back to the energy provider, Synergy.

Currently, when a solar panel owner produces more energy than they are consuming at that moment in time, they have two options: store it in a battery, or more commonly, sell it back to the grid.

The problem is that the energy provider has full control to set the rates for the price of both the sale and purchase of energy. And those rates are highly stacked in favor of the energy company.

The residents of Bussleton Lifestyle Village receive seven cents per kWh of energy that they sell back to the grid due to over production, but when they need to purchase additional units from Synergy, the purchase price is 26 cents per kWh; a difference of 19 cents per unit.

Power Ledger’s peer-to-peer network would allow participants to sell their excess energy directly to their neighbors, for a price somewhere between those two figures. This would make it more valuable for the energy producer (the neighbor with the excess solar power), and also more affordable for the energy consumer.

Power Ledger uses their proprietary blockchain-based technology to identify the ownership of energy as it is generated and then to manage multiple trading agreements between consumers who buy the excess energy directly from the original producer. This is all without the addition of market costs and commercial margins, which keeps the rates low.

In this pilot project, no money will actually exchange hands and no energy will be traded. However, if it proves successful, then Power Ledger are planning a real world roll out for 80 homes in the Perth metropolitan area, scheduled for the first half of 2017. Green says that a project of this scale would be the “first of its kind.”

Unlike Bitcoin, which utilizes a proof-of-work blockchain, Power Ledger’s system is based on a proof-of-stake blockchain. This private blockchain was developed by Ledger Assets, and is known as Ecochain.

Ecochain confirms transactions every minute, which is 10x faster than the Bitcoin blockchain. The customized solution allows for other benefits as well. “It was also designed to allow power meters to communicate directly with the blockchain, removing many hardware trust issues,” Green says.

The centralized power networks that power the majority of the world’s homes and businesses are surprisingly inefficient, and can be heavy polluters. With a centralized power station, transport and distribution losses account for between 6-8% of total power generated.

In contrast, with a microgrid peer-to-peer network such as that designed by Power Ledger, the excess energy is likely to pass between two very closely connected properties, allowing for much greater network efficiency.

Green also believes the Power Ledger platform could boost interest in solar panels, and result in new installations that might not have been built before, or an increase in solar capacity in existing installations.

But what will utilities make of it?

In Spain, when solar auto-consumers started reducing their reliance on the grid, the energy providers lobbied the government to reduce the feed-in tariffs and charge the auto-consumer a “network usage fee”, familiarly known in Spain as the “Sun tax”. This has caused plummeting sales of photovoltaic solar panels in the country and made the payback time for existing installations increase exponentially.

However, in this trial at least, the network operators in Western Australia and Victoria have been receptive to trialing the blockchain technology and the energy provider Synergy is “supportively involved” in discussions for the 2017 trial in the Perth metropolitan area.

Green believes that their blockchain application isn’t a threat to the energy providers, but an opportunity for needed adaptation in a time of rapid diversification of the energy market, especially with the increase in affordability and efficiency of domestic batteries.

With similar projects currently running in Brooklyn and Vienna, there is a feeling in the blockchain energy industry that there will be an explosion of decentralized energy networks in the coming years.

There’s also a great potential to apply this technology to developing countries to help distribute solar power, where the centralized energy infrastructure is less expansive and stable.

Might decentralized energy networks one day surpass Bitcoin as the most famous product to come from blockchain technology? We’ll be watching attentively to find out…