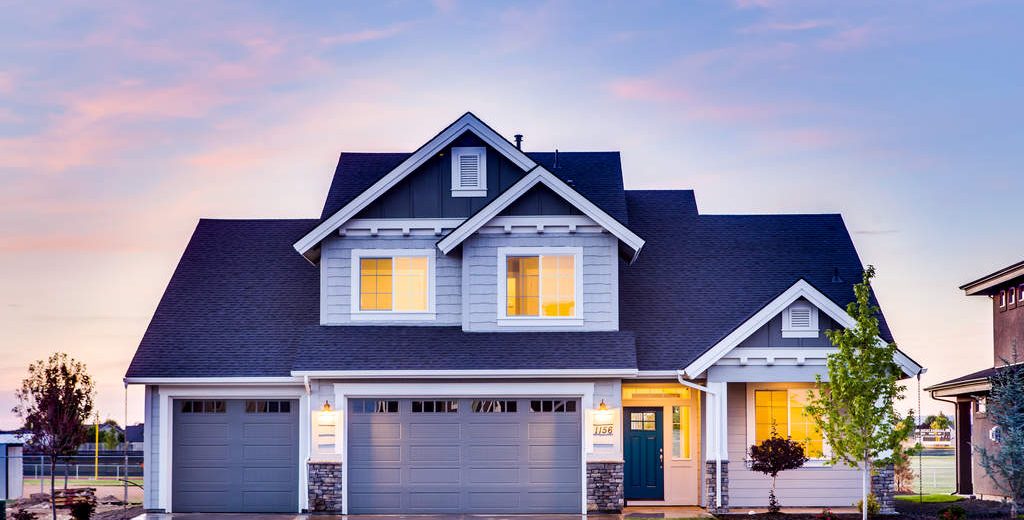 Elon Musk’s next project is Tesla’s solar shingles – a roof entirely made of solar cells.

Update 10/31/16: Here is the official announcement of the Tesla solar roof shingles:

Usually, solar companies install solar panels on roofs but Elon Musk offers an entirely different and ingenious approach, – one which integrates photovoltaic material directly into a roof (very similar to the original concept of solar shingles).

“It’s not a thing on the roof,” the South African, American and Canadian entrepreneur says. “It is the roof.”

The new project is being worked on with SolarCity CEO Lyndon Rive, known for his solar energy fundraising accomplishments ­– including obtaining over $8 billion from investors such as U.S. Bancorp, Google, Merril Lynch and PG&E Corporation. Lyndon Rive, a cousin of Elon Musk, has also famously helped SolarCity enter different markets, such as the U.S. military, Fortune 500 companies and educational institutions.

If you think about it, the project makes complete sense. Lyndon Rive points out that 5 million new roofs are installed in the U.S. every year. The initial cost of solar panel installment can sometimes hold back proponents of clean energy. With these new solar shingles, Elon Musk and Lyndon Rive could, in essence, kill two birds with one stone: replace deteriorating roofs with new, power-generating solar roofs.

Elon Musk’s revolutionary approach to combining roofing and solar energy should come as no surprise. As the CEO and CTO of SpaceX, CEO and product architect of Tesla Motors and the co-founder and chairman of SolarCity, just to name a few of the projects he dabbles in, the enigmatic business man has stated that the goals of these companies are to fulfill his vision to change the world and humanity and reduce the risk of human extinction. One of his current projects also involves the colonization of Mars.

Back in April of 2016, Elon Musk reinstated his dedication to provide a sustainable transportation future by unveiling the much-anticipated Tesla Model 3 at his LA design studio, emphasizing why Tesla Motors exists and the importance of making electric cars.

Tesla Motors is an American automotive and energy storage company that focuses on the design, manufacturing, and selling of electric cars, powertrain equipment, and battery products. 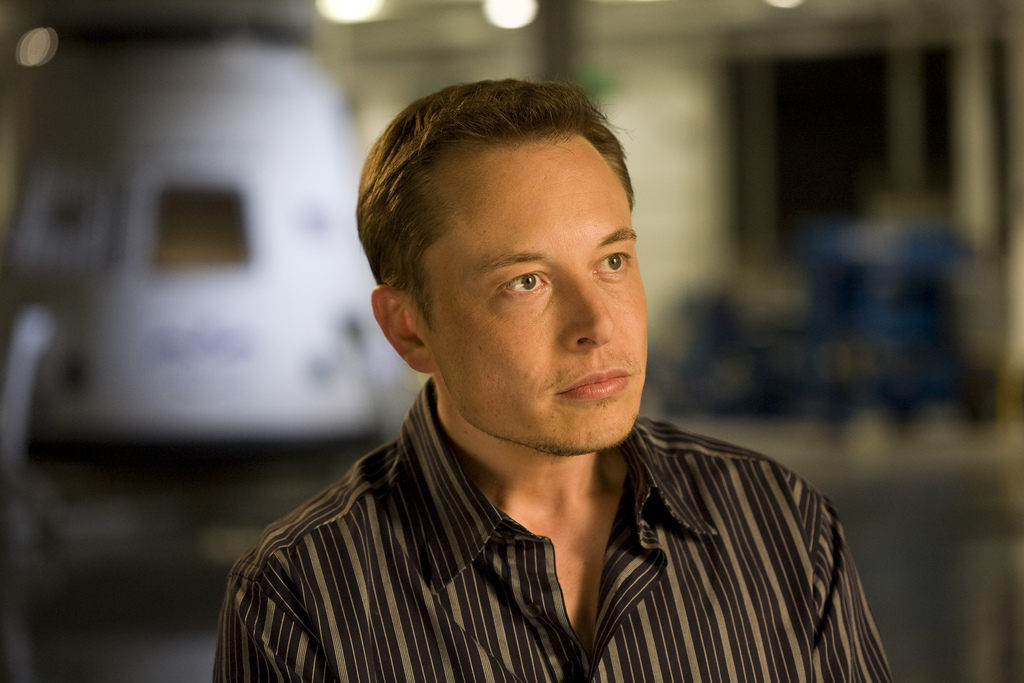 On August 1st 2016 Tesla Motors disclosed the acquisition of SolarCity for $2.6 billion in shares.

SolarCity is known across the country for providing solar energy to customers with a monthly payment that is lower than a power company’s bill. As explained in a blog entry posted by Tesla Motors, solar and storage are at their best when they are combined. The SolarCity and Tesla Motors merger creates a “simple, aesthetically beautiful one-stop solar and storage experience” for customers to purchase fully integrated products that will satisfy all of their renewable energy needs – including solar panels, home battery storage systems and electrical cars.

The merger is also part of Elon Musk’s master plan part deux in which consumers can power a low-carbon lifestyle with a single source of hardware under one brand.

Combining Tesla Motors and SolarCity is a no-brainer according to Elon Musk: Tesla’s goals have always involved sustainability, as proven by the launch of Tesla energy’s products – the Powerwall (See our Tesla Powerwall Review) and the Powerpack. The Powerwall is a home battery that powers a home in the evening; the battery charges when power rates are low or uses electricity stored during the day through the use of solar panels. The Powerpack performs the same functions, but for businesses and large-scale installations.

All that has been missing from Tesla Motors is access to a sustainable source of energy such as the Sun.

And here enters SolarCity ready to power Tesla’s Powerball batteries with state-of-the-art solar panels, ready to provide the installation of a solar-plus-storage system and cut the umbilical cord that ties customers to typical carbon-emitting electricity grids.

The cutting edge solar shingles, confirmed by Lyndon Rive, will be unveiled around Q4 2016 when Tesla and SolarCity are expected to close their merger. MarketWatch confirms that SolarCity stockholders will be given 0.11 Tesla shares for each SolarCity share, granting them an individual value of $25.83. Another solar product speculated to be for home owners who aren’t yet looking to replace their entire roofs will also be revealed at that time.

Lyndon Rive makes a solid point. U.S. News explains that prospective home buyers should always consider how old the most expensive parts of a house are – meaning the roof and other important systems such as plumbing and air-conditioning. Replacing any of these can infer accruing a bill of four or five figures.

The life expectancy of a roof is directly related to its material as well as climate and weather conditions. As expected, hurricanes, rain, snow and hail can damage all types of roofs and call for a replacement much earlier than planned. Weather aside, the National Association of Home Builders estimates that roofs made of copper, slate, and tile are projected to last over 50 years, wood roofs last about 30 years, while fiber-cement shingles and asphalt single composition roofs last 20 and 25 years, respectively.

Asphalt roofs are relatively inexpensive, are simple to install, and are most commonly used in the U.S. – 95% of roofs in America are made of asphalt shingles. They absorb heat, aren’t very resistant to extreme weather conditions and are hard to replace: they have even been called “a disposable roofing system that is difficult to dispose of.” Even worse, asphalt roofs release about 11 million tons of waste annually with their fossil fuel-based composition.

Considering these facts, why should homeowners in need of a roof replacement not opt for a solar power roof that could provide electricity and cut down on environmental waste?

According to Elon Musk, the choice is obvious – hence his new solar shingles project – and there’s a “huge market for roofs at the end of their lifespan”.

This idea seems quite revolutionary, but Dow Chemical’s Powerhouse company made solar shingles a commercially available product until recently. While Elon Musk has not revealed much about how the new SolarCity/Tesla solar roof will function, Powerhouse integrated low-cost Copper Indium Gallium Selenide thin-film PV cells into asphalt roof shingles in 2009. The solar cells, which generated a power of 12 watts per foot squared, were designed to be highly efficient and flexible in order to be molded on shingles with the use of conventional materials and methods.

Dow announced in a 2010 press release that “Breaking the traditional barriers to residential solar adoption – complexity, affordability, and aesthetics – this technology offers the missing link needed by the energy industry to drive solar adoption across the U.S., and will bring the possibility of safe and reliable solar power to American households.”

So what happened to Dow’s Powerhouse project?

Powerhouse solar shingles were grid-tied, which means they were developed for buildings and houses already connected to an electrical grid; they were wireless and designed to be easily snapped together and installed by contractors of the roofing industry. Integrating about 350 solar shingles (acting as a multi-functional solar module) on a single roof was estimated to cut an electric bill by 40 to 60 percent. However, the initial costs of installation were estimated to be over $20,000. This high cost, plus problems with practicality, contributed to the product’s failure to successfully launch. Dow stopped selling its Powerhouse solar shingles on June 28th 2016.

It’s certainly not the first time that solar power advocates have tried to effortlessly integrate solar energy into the construction of buildings but Elon Musk isn’t a man to back down easily, especially with his vision of “creating the world’s only vertically integrated sustainable energy company.”