How to Calculate Energy Efficiency Ratio (using AC as an Example) 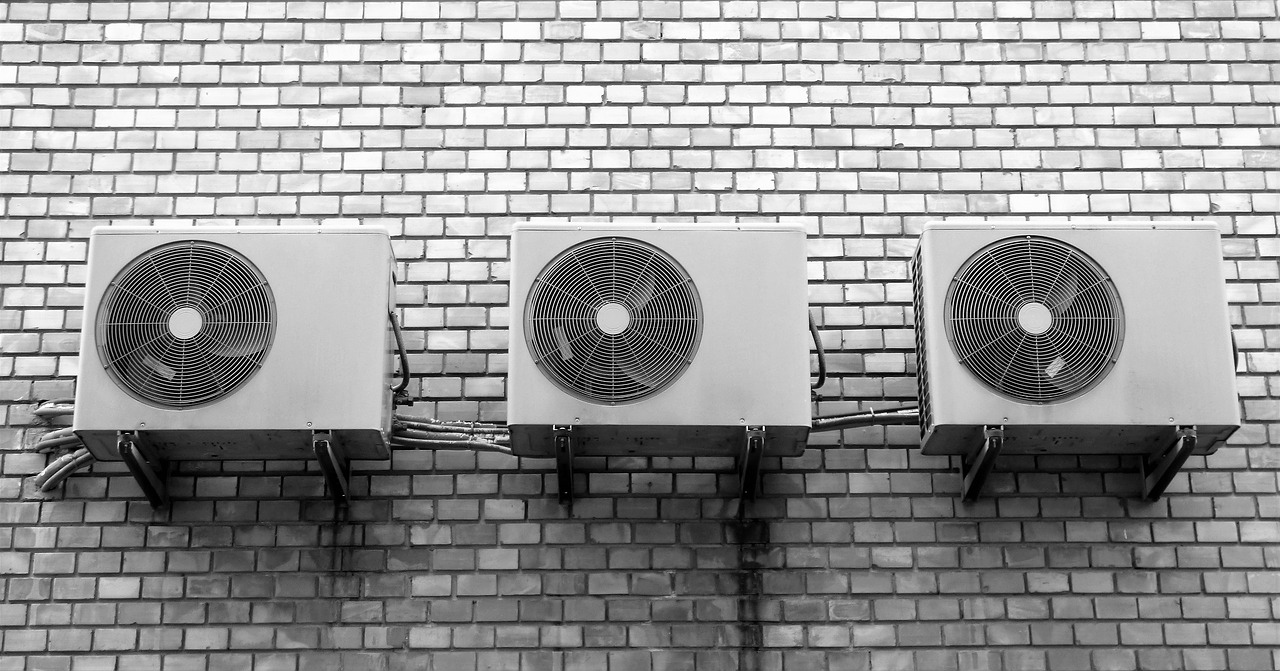 How to calculate energy efficiency ratio

Shopping for new appliances is never an easy task, and your job only gets more complicated if you are shopping for energy efficiency as well as price. Cooling capacities, reverse cycles, energy efficiency ratio, and louvered sides are all terms that a concerned consumer should be familiar with if they are on the hunt for the most environmentally friendly air conditioner that won’t break the bank.

Luckily, these things are pretty easy to figure out with a little research, and today we are going to be talking a little about the energy efficiency ratio that you will often see advertised on an air conditioner’s label. We’ll also talk about how this ratio is related to the Energy Star certification you’re likely already familiar with, and find out what is truly the most important aspect to consider for your new investment.

Consumers didn’t always care much for efficiency. In fact, it wasn’t until 1992 that the federal government stepped in and introduced the Energy Star certification for appliances. It shouldn’t be a surprise, however, that consumers today care more about energy efficiency now than ever before.

Looking at a recent study by The Demand Institute, a whopping 71% of households say that their home’s energy efficiency is very important. Only 35% of those asked said their current home was energy efficiency already. This 36% gap means that many people will be searching for high-efficiency replacements once their old appliances start to wear out.

What does energy efficiency ratio mean? 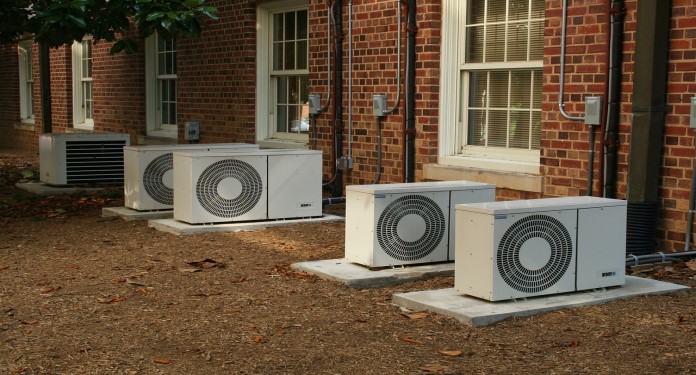 Let’s start with a few definitions to explain the terms you may see on the label describing an air conditioner’s efficiency.

In the simplest terms, the energy efficiency ratio, or EER, is the cooling output of an air conditioner (usually measured in BTU) divided by the average electrical power input (mainly the Watts drawn from your home’s electrical system). Higher numbers are better, as you want the most cooling possible while spending the least amount of energy!  First, the formula:

This EER rating will typically be listed somewhere in your air conditioners specification sheet. If you want to calculate it on your own you’ll be looking for two other numbers, which are typically listed on the box. We’ll use this one as an example.  In this case, the BTUs are listed right there in the description at 6,000.  They may also be called “Cooling BTUs”.  Looking a little deeper into the specifications on the side, you’ll see that the “Cooling Watts” are 536.  This is the electrical energy that we’re looking for in the formula.  So:

This is the same exact rating listed in the description, but you can use this simple formula to figure it out on your own!

This ratio is similar to the EER above, but the combined ratio (abbreviated CEER) also includes the power consumption (in Watts) of the unit while it is in standby mode or turned off. Just because the unit isn’t “running” doesn’t mean that it isn’t using power.  This ratio is a complete look at the energy usage.  So, this would be:

In most situations, the CEER won’t be largely different than the EER for a unit, and most units these days also have energy-saving modes for when the unit isn’t running.

This one is a little more interesting. Given that air conditioners are less efficient as the outdoor temperature rises (because the outside temperature is working against the unit), this ratio looks at an entire season’s worth of cooling versus a whole season’s worth of energy use. It takes the energy efficiency out of a vacuum and paints a more realistic picture of performance for the unit that is more relevant to where you live.  So, this would be:

You won’t always find this specification on the air conditioner you’re looking at, but this number can be useful if you live in certain climates with heavy a/c useage!

How does the energy efficiency ratio relate to Energy Star? 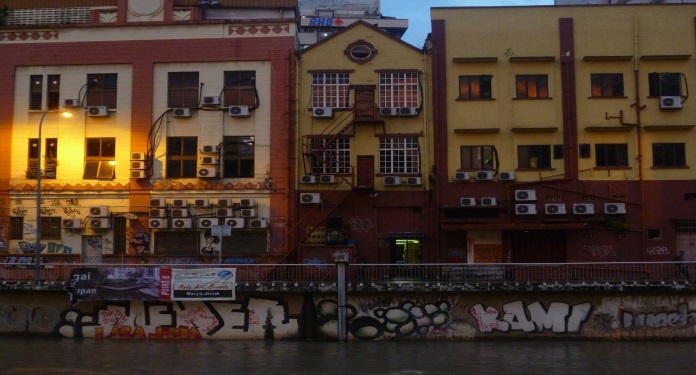 Although it is a little complicated, the government basically looks at the industry’s average energy efficiency ratio for current models, then looks at each specific model to ascertain whether or not they are more efficient than that baseline by a specific amount. According to Energy Star’s own estimation, models carrying the certification are about 8% more efficient than conventional new models in the same class. These estimates are continuously updated as newer models come into the market and efficiency as a whole improves over time.

All of this is good news for money-conscious shoppers; according to the Air-conditioning, Heating, and Refrigeration Institute (AHRI) says that generally, consumers should expect to reduce their energy costs by at least 30% by purchasing an Energy Star model.

One thing that must be noted, however, is that just looking for the Energy Star label might not always be enough if you are interested in total efficiency. This is because the certification only shows which units are at least 8% more efficient than the average unit. In reality, the spectrum could be quite wide between the most and least efficient options. This difference is where the energy efficiency ratio comes in.

If you look closely at the air conditioner’s specifications, you’ll see the EER listed somewhere among the features. Also note that two units with the same cooling rating (say 5,000 BTUs) could have different features, such as louvered sides, that cause the federal standard energy efficiency ratio to vary.

Let’s look at two models that both provide 5,000 BTUs of cooling:

If you looked purely at how much better the unit ranks versus the federal standard, the second unit might look better. Looking at the bigger picture, however, would show that the first unit is actually the most efficient concerning cooling per Watt used. This rating means that you’ll need to dig a little deeper to determine which unit is best for your needs!

How much money do energy efficient air conditioners save? 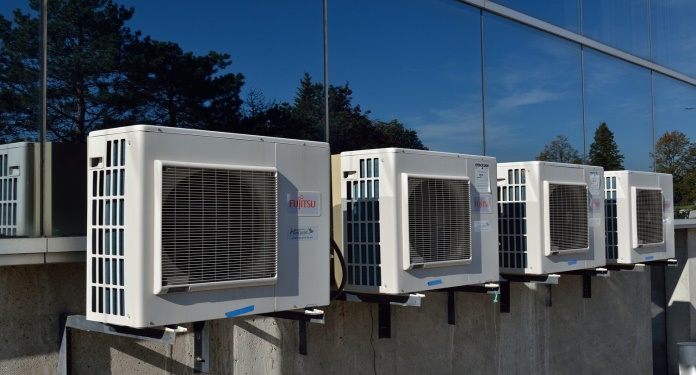 To determine how much money energy efficient air conditioners save, we’ll need to figure out how to determine the cost of each unit to operate. We’ll take the two units from the earlier example and run the math to see how much each unit would cost.

Finding out the cost is pretty simple.  Let’s look at Model 1:

Using the same formula for Model 2, we see that:

And this is between two very similar units that both carry the Energy Star Certification! Even using these numbers, it is very easy to see just how much money could be saved between different units and how quickly a more efficient unit would pay for itself.

Hopefully, you are now armed with a bit more information to aid you in your search for a new air conditioning unit. Although paying attention to the Energy Star certification will certainly lead you in the right direction, knowing how to look for the energy efficiency ratio will let you hone in on the best unit for your needs.

Go out there, make a smart purchase, and save some money while also helping out the environment a little! If you have room units and solar panels, you may even be able to run them off solar energy!

What has your experience been when shopping for an air conditioning unit? What do you look for? If you have any tips or questions, let us know about them in the comments below!