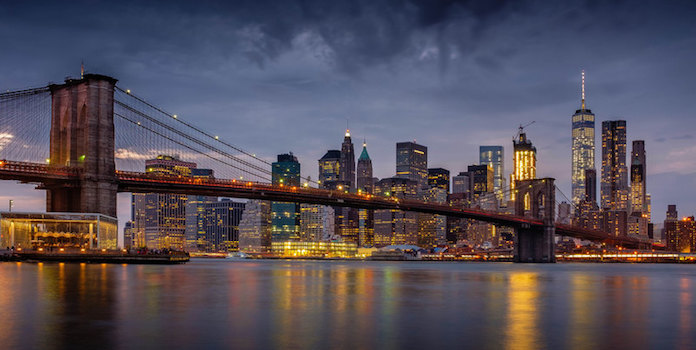 Buying local – selling and sourcing energy right where you live

Brooklyn start-up company LO3 Energy has teamed up with industrial giant Siemens to offer Brooklyn residents a local option on their energy menu. It’s called the Brooklyn Microgrid, and it offers solar energy sent directly from the solar panel of your neighbor’s rooftop installation to your home. You can now sell solar power to your neighbors!

How does it work? Is it a better option than buying old-fashioned electricity from the utility? Is this even legal? What if you don’t live in Brooklyn, should you even read this article?

If you like affordable clean energy and learning about innovative ways to provide it, then read on!

Enter LO3 Energy. A few years back this Brooklyn start-up had an idea to create a microgrid energy system that would allow its residents to sell their rooftop solar energy to their neighbors. Why is this idea genius? Because it offers everyday energy consumers like us clean energy more easily and efficiently. It also springboards over a lot of the hurdles that have been holding renewable energy back when it comes to competing with fossil fuels. 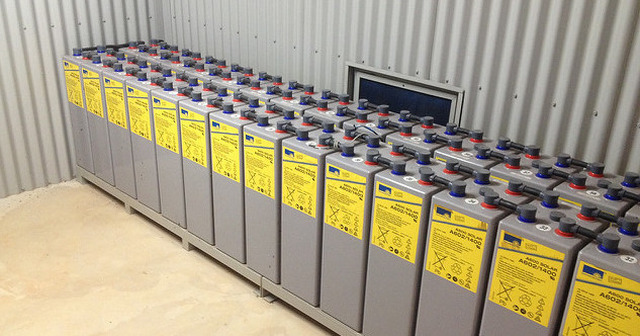 We know that one of the biggest problems with solar power, and renewables in general, is a lack of affordable energy storage options. This is the snag on which all big ideas for renewables to take over the world gets caught. Why? Because renewable energy resources provide intermittent power. While their energy sources are abundant and free (i.e. wind, sun), we can’t control when the wind blows or when the sun shines.

We need a method of storage, like batteries, that would allow us to save that energy until we have a strong demand for it. Batteries are a great way to store renewable energy, but at the beginning of the rooftop solar movement, they were extremely costly and difficult to mass produce.

The good news is that as the market continues to grow, so does the number of storage batteries on the market. The bad news is that we are still some distance away from finding affordable, widely produced storage options equipped to release power over longer stretches of time.

In order to make renewable energy a primary energy source and knock conventional fuels out of the way, we need a power source that can continuously provide energy for as long as 4-6 hours (think about your electricity use from when you get home after work to when you go to bed).

Without a method of storage, renewables are usually benched and used as secondary energy sources to more reliable fossil fuels. But what if we could circumvent this problem by sending solar power directly to another electricity consumer when we have an excess of power? Then solar would satisfy both parties and take our storage dilemma off the table. Tada!

Here we have arrived at the innovative concept LO3 Energy realized in Brooklyn. 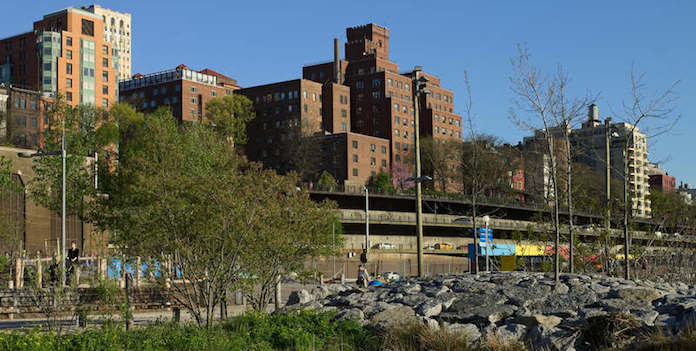 Before the last decade’s explosion of residential energy hit the market, a centralized utility was the single provider of our electricity. We consumed whichever type of energy source was available in our region. Operating on a one-way street, power utilities would sell energy to local residents and businesses at prices regulated by the state or federal government.

As we have progressed in our technology of energy generation, our options have expanded. Today, more than 50% of American energy consumers can purchase renewable electricity directly from their local power supplier. For those that don’t live in an area rich in renewable energy generation, you can buy green certificates that allow you to contribute to the movement of clean energy by buying energy from a competing clean power generator.

Of course, we can also choose to invest in our own energy generation system like rooftop solar or a residential wind turbine. Now many parties are creating energy, and as a rooftop solar owner, I can choose to sell my excess energy back onto the grid. The one-way street is now a two-way street. But the traffic driver is always the centralized utility. They collect all energy and then disperse it, based on the preference of consumers.

LO3 Energy took the evolution of energy distribution one step further. In Brooklyn, residents can choose to buy energy directly from their neighbor’s solar panels, cutting out the middle man: the central utility.

Before the advent of this microgrid, when my Brooklynite neighbor generated excess power from his rooftop solar panels, he sold that power back to the energy company by sending it to them through the distribution and transmission lines. Then the central utility would send it back out over transmission and distribution lines to another consumer, who could easily be a neighbor down the street!

Every time we send energy back and forth through transmission and distribution lines, we lose energy and efficiency, which you can learn more about in the video below. Neighbor to neighbor is clearly a better option!

But I don’t live in Brooklyn!

You may be thinking, “I don’t live in Brooklyn, so why should I care?” Great question. You should be interested because LO3 Energy’s project has opened the door for similar structures to be built, both domestically and globally.

In fact, companies in Germany and Australia are even creating similar peer-to-peer energy trading platforms. If you are someone who already has a rooftop solar generator or is considering investing in a one, this could mean a quicker, more efficient way to pay back your investment costs and secure a more stable demand for your excess energy.

The legalities of it all

So is all this even legal? Another great question. LO3 Energy avoided entering any murky legal territory by using a buying and selling technology, called a blockchain, that trades credits instead of money.

Before we go further, I know what you are thinking: what is a blockchain?! Without getting too complicated, a blockchain is an electronic ledger that tracks all transactions between its users. Think of Venmo, Bitcoin, or any digital platform used to pass money between two people. Historically we have always needed to involve a third party (usually a bank) in order to complete the transaction, i.e., through a wire transfer.

Now, thanks to trusted technology, we can cut the middle man (along with the middle man’s fees) and trade directly between overselves.

The intricacies of blockchain technology, explained

But why is blockchain so trustworthy? Because in an age of increasing cyberterrorism and computer hacking, a blockchain is nearly impossible to tamper with. Its ledger of credits can’t be altered unless a hacker is able to disrupt every single transaction….and there are millions!

This is a whole new level of cybersecurity that offers reliability and increased efficiency. Originally developed for Bitcoin, many experts are predicting that it will continue to shake the creaky foundations of the banking, technology, and energy industries.

LO3 Energy uses a TransActive Grid meter to keep a record of who in Brooklyn has excess energy available to sell as well as who wants to buy that energy, and for how much. Brooklynites use an app on their phones to access the digital meter, and the meter uses a blockchain to validate and log the purchases.

To circumvent legal issues, energy consumers use their money to buy credits (which are logged safely on the blockchain) and then use credits to purchase energy from their neighbor. Thus credits, not money, is passed from buyer to seller. Everyone goes home happy, and with the lights on.

It’s truly amazing that in Brooklyn, you can now sell solar power to your neighbors 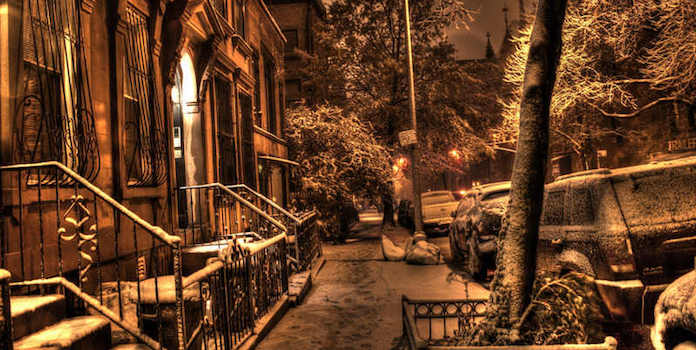 This may seem like big news for a small group of people in one borough of New York City, but it means a lot for the energy industry at large. If we are able to expand this new framework of peer-to-peer energy trading it could mean a big leap for renewables and an even sweeter deal for residential energy owners.

Putting people on a first name basis with their energy suppliers is an unprecedented feat and one that we hope to see a lot more of in the future.

Check out these links to learn more about Lo3 Energy’s project and related topics:

What do you think of this new method of energy trading? Let us know in the comments!