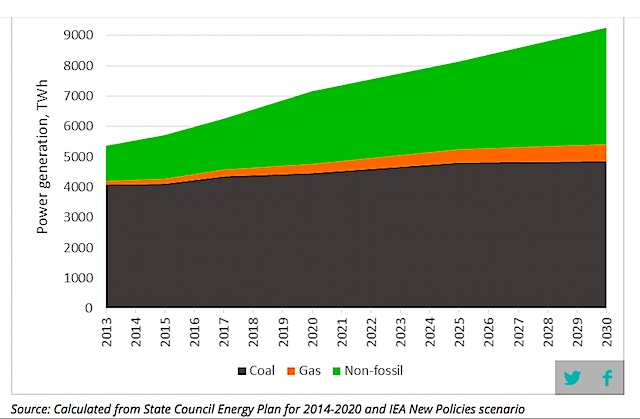 How many times have we heard from the GOP that “We won’t act on climate till China does.”

Last year when the US President Obama and Chinese President Xi Jinping jointly announced their climate agreement under which China would peak CO2 emissions by 2030 by switching the country to 20% non-fossil energy, Republican Senate Leader Mitch McConnell was quick to complain that the agreement “requires the Chinese to do nothing at all for 16 years.”

Republican Senator James Inhofe said “It’s not believable for China to claim it will shift 20 percent of its energy to non-fossil fuels by 2030.”

Well, this month China announced a nationwide carbon market to cut carbon emissions of its most climate polluting industries.

To those who have been following China’s steady and patient testing of carbon markets in its provinces over the last few years, this is actually not news. China said some years ago that it would open a national carbon market. It is simply keeping to its plan.

But that did not spring up out of nowhere. First, China tried out different ways for a carbon market in its provinces. These provincial carbon markets have been tested for the last five years, and even now represent the largest carbon market in the world after the EU.

The way carbon markets work is they gradually pull investments away from dirty energy and move them towards clean energy, over a period of years, by making it more economic to close down dirty energy plants and replace them with clean energy sources like solar and wind farms. 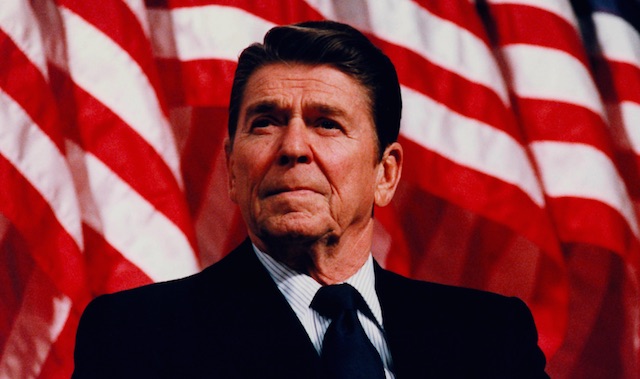 Carbon markets used to be considered to be the market-friendly way to reduce emissions.

The Reagan administration was the first to use carbon markets to phase lead out of gasoline. Then, under the first President Bush, the US used a carbon market to end acid rain.

China’s carbon market is to go national in 2017,  years before their GOP “deadline” to act in 2030. Because in the real world, it takes time to change a nation’s energy source from dirty energy.

Just like carbon markets don’t cut emissions overnight, getting 20% of a country’s energy from non-fossil sources doesn’t happen overnight either.

To cut carbon by 2030, China is starting to switch to clean power now.

By way of meeting this climate commitment with President Obama, Chinese President Xi Jinping had also announced that China will supply 20% of its electricity from clean energy by 2030.

Sensible countries plan ahead in a businesslike way. They look into the future and say, OK, to turn this economy around to reduce carbon emissions by 2030, first I have to change things, starting now. I have just 16 years. To get 20% of my energy from clean sources by 2030, I have to start to build more clean energy, and stop building dirty energy.

China’s percentage of clean energy has been steadily increasing over its last few Five-Year Plans. So it is already working towards the goal of 20%.

By 2017, the next goal is for non-fossil energy to make up 15% of all energy consumed in China

A third of China’s coal generating capacity was built to supply the power demand of its three biggest cities. Now, within these three key economic regions; any coal plants in the future are completely banned.

And even outside these regions, growth in coal-fired power generation will not be permitted to exceed 1.5%, and must ratchet down that – nearly 0% – growth rate every year to meet the next Five-Year Plan Target (2020). 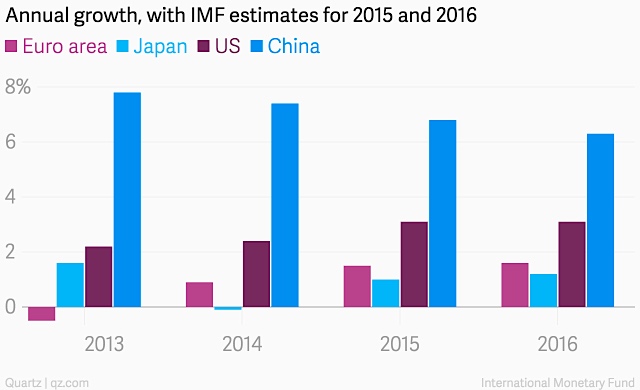 Image credit: IMF China’s economic growth rate of 7% in 2015 as forecasted by the IMF

When a nation of 1.3 billion with an economy growing at 7%, puts a 1.5% cap on the growth of coal power capacity; coal is being replaced with another energy source as the energy of the future.

Instead, China’s focus has shifted to clean energy, with an $89 billion investment in wind and hydro and solar energy. It had 5.9 GW of wind power in 2007, and just 7 years later has 116 GW, and leads the world in wind capacity.

China already leads the world in solar panel production, and lending to poor countries so they can put in solar farms is going to be a huge economic boost back home as well. And it is a safe bet too. Few solar farms face delays. Once a solar farm is operating, its revenue stream is pretty straightforward.

So China is doing what it has to, to do what needs to be done.

It seems the inaction is all with the GOP, not China

“We shouldn’t be destroying our economy in order to chase some wild, left-wing idea that somehow, us, by ourselves, are going to fix the climate,” said Governor Chris Christie.

“We’re not going to make America a harder place to create jobs. In order to pursue policies that will do absolutely nothing, nothing to change our economy, to change our climate, our weather, because America is a lot of things, the greatest country in the world, absolutely. But America is not a planet. We are not even the largest carbon producer anymore, China is,” said Republican Senator Marco Rubio.

“We’re not going to destroy our economy the way the left-wing government we’re under wants to do,” said Carly Fiorina.

Bush makes the implication that any climate legislation regulating how “people consume energy” will mean that the feds will be in your house telling you to when to turn off your power as if no power is the only alternative to coal power, when in fact it is not you that climate law is aimed at. Under the Clan Power Plan; utilities supply you the same electricity as before, except now it is made of clean electrons, instead of dirty ones.

Climate legislation regulates how companies supply energy, not how people consume it.

“What this president did with China was, we commit that we’re making all these cuts on the front end, but they didn’t have to make cuts until the end, ” said Louisiana Governor Bobby Jindall.