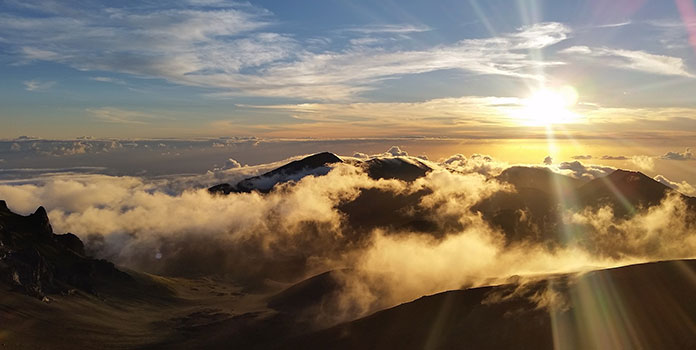 What do real customers have to say about working with this Hawaiian installer?

Today, we’re going to take a look at Haleakala Solar reviews to learn what real customers say about working with the company. One of the leading solar installers in Hawaii, Haleakala was founded in 1977 as a solar water heater installer — making them one of the older solar companies in the entire US.

With solar so ubiquitous in Hawaii (3rd most solar per capita when compared to other states), if you live in the area then you’ve probably already heard of Haleakala. If not, that’s okay — we’ll catch you up!

Haleakala works on Maui, Oahu, Kauai, and Hawaii, installing both residential and commercial solar systems, as well as solar hot water and battery storage (specifically, the very cool Aquion Energy Aspen that runs on saltwater and Sunverge SIS). With Haleakala, homeowners can finance their installation in cash, loan, or through a power purchase agreement (PPA).

Haleakala sees pretty good reviews from customers. On Yelp, as of December 2017, their Oahu branch enjoys 4 out of 5 stars, based on 31 reviews. Of these 31 reviews a full 22 gave Haleakala 5 stars, with only 5 giving 1 star. Not too bad for a solar company (as you’ll see in subsequent sections)!

Their Maui branch sees a much lower rating – just 2.5 out of 5 stars – but is only based on 5 reviews (and one of the 1 star reviews is from an angry former employee), so we can’t make too many conclusions based on this data alone.

On review platform SolarReviews, Haleakala enjoys a perfect 5 out of 5 stars. Though again, with only 4 reviews, we really can’t jump to any conclusions.

As we’ve seen, with Hawaii’s population being rather small, local solar installers simply don’t see large numbers of customer reviews like the nationwide installers. Sunrun and SolarCity, the two biggest installers in the US for example, enjoy hundreds and hundreds of reviews customer reviews, but Hawaii-only installers like Haleakala typically only see about 30 reviews or less on review sites like Yelp.

However, that small amount of reviews certainly doesn’t stop us from drawing out a few thoughts!

First, as we’ve already mentioned, Halaeakala Solar actually enjoys better reviews than big national installers like SolarCity and Sunrun. As you’ll see below, for their Oahu branches, Haleakala typically sees between 2 and 2 ½ stars more stars than the others.

Secondly, of the customers that left poor reviews, most complaints center around Haleakala’s sales people, specifically unanswered phone calls and emails. With this in mind, you can avoid Haleakala’s biggest issue by simply asking around for a recommendation for a great sales rep. With solar so common on the islands and Haleakala being one of the bigger installers, that shouldn’t be too difficult!

Now let’s take a look at what their actual customers have to say. 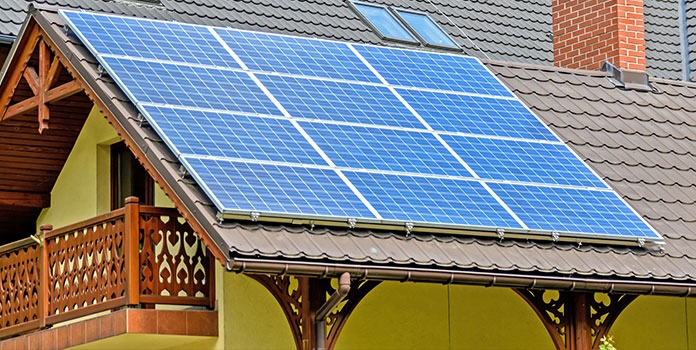 “I’m very satisfied with Haleakala Solar, they were courteous, professional and most of all, they tried their best and worked hard. They keep in touch and you never have to go chasing after them! Thank you, [customer service rep] and the hardworking crew and customer service reps! The company has been around for a long time and that was a huge part in making the decision to go with them!”

Here’s Trev on Yelp, after hiring Haleakala to install his solar water heater:

“When the installers arrived, I was impressed with how they handled themselves. They were professional and, like the sales representative, were very friendly. Everything was up and running by 2:00pm and a heavy downpour a couple of hours later confirmed that they did a good job sealing up everything around their penetrations.”

Customers praise Haeakala for their customer support — even years after the installation is complete. With great after-installation support pretty rare amongst big installers, this is certainly something to praise them for!

Here’s Ryan on his experience when he was having issues years down the line:

“Great Customer Service is still alive! We purchased our house a couple of years ago and it had PV installed by Haleakala solar. We didn’t know how the monitoring unit worked, so we contacted Haleakala solar. Travis contacted us and got everything setup. We found that one of the panels wasn’t working, and Travis got everything setup to be replaced. The great news is that it was still under warranty. After a long week, it’s great to know there are still people and companies that understand how to treat a customer.”

Now let’s go through the complaints, which again are pretty rare. Of the bad reviews, they mostly focus on poor communication from the sales rep either before or after the installation.

Here’s Erich, discussing his experience with his salesperson:

“I tried getting a quote for a SHW system from Haleakala Solar back in Aug/Sept 2014. I emailed and spoke briefly to consultant [name removed]. I left several voicemails and did not get called back. No replies to any other emails either. I guess they were too busy at the time for new customers.”

Then there’s Scott, discussing a strange experience with his salesperson:

“We wanted to have solar installed in our home. Contacted Haleakala and met with the sales rep [name removed] a few times, and he was absolutely all over the place. He wasted our time telling us a whole bunch of stuff about his previous business failings with other solar companies and couldn’t keep focused on what we wanted (answering our solar questions).

We decided not to use Haleakala due to the horrible sales rep, but he still continues to contact us. Just last night (Friday, Sep 4th) he sent me a text message at 10:53pm! … Hopefully this is not a representation of every employee at Haleakala, or the company as a whole, but this one individual single-handedly prevented us from choosing Haleakala for our solar needs.”

And here’s Toni, after being less than pleased after seeing the location of the electrical conduit on her roof:

“In addition, they apparently had a drawing of layout of panels and never reviewed with us. Some sitting horizontal and others vertical. Understand this might be due to space but discussion and review [of] plan would have been appreciated. Very disappointing. Left a message and received no follow up.”

#5 Haleakala Solar vs Other Solar Companies

Compared to big national solar companies, Haleakala Solar enjoys pretty good scores. Take a look at the Yelp scores below for the Oahu branches of Haleakala, SolarCity, and Sunrun.

As you can see, Haleakala Solar reviews put the US’ 2 biggest solar installers to shame! When we look at Yelp reviews for other local installers, though, many see similar or better reviews than Haleakala:

Overall, this simply shows that – as an industry – Hawaiian solar companies are doing something right. As a homeowner, you can take your time and choose the pick of the (very good) litter!

#6 Should You Work with Haleakala Solar?

With their good reviews and long history of installing solar in Hawaii, we’d say you are in safe hands with Haleakala Solar. Yes, there are some negative reviews out there, but they are mostly about specific sales people.

With that said, be sure to get a recommendation from a trusted source before you call up Haleakala. If you don’t know anyone that’s worked with them before, you can still move forward with them. If you don’t like your sales rep, just stop the process or call their headquarters and request a new one. Yes it’s annoying, but it’s better to have a competent, communicative team member who cares about your well-being. It’ll be worth it in the end.

Don’t forget that the best way to score a great deal going solar is to talk with multiple installers beforehand. Even if you think you want to go with one specific company, it is still worth talking to a few. One might offer special equipment or lower rates than you expected, saving you big money down the line. You never know!

Want some help finding the best installer? Check out our articles How to Find a Quality Solar Installer Near You and 6 Tips for Finding Good Solar Contractors and Going Solar.

Have you worked with Haleakala Solar, or any other Hawaiian installers? Tell us about your experience in the comments below!

Hawaii Front and Center in Ongoing Solar War with Utilities