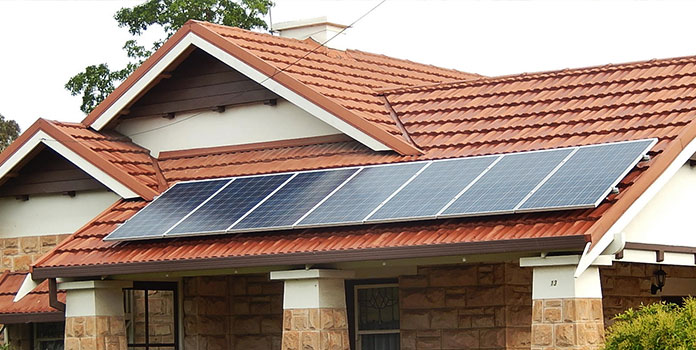 What do customers say after working with PetersenDean Solar?

PetersenDean is a California-based solar installer working in several states across the US. But unlike other nationwide installers, they do things a little differently. With customer experience among big installers extremely spotty, does PetersenDean’s unique business translate to better customer service? Let’s look at PetersenDean Solar reviews from actual customers and compare their scores to other companies.

How exactly is PetersenDean different? First off, they’re not just a solar installer. They also install roofs, fences, and battery storage systems. Secondly, unlike SolarCity and Sunrun – who base their entire businesses around the solar lease – PetersenDean doesn’t even offer leases. Instead, they focus only on cash and loan financing.

For PetersenDean, this inevitably keeps things simpler, as they don’t have to worry about dealing with the increased costs and capital that offering leases typically requires.

PetersenDean is growing fast. They began in California in the early 1980s and now work in California, Arizona, Florida, Nevada, and Texas.

With all this growth, let’s get a feel for customers’ sentiments and look at review scores on Yelp for a handful of PetersenDean branches. We’re focusing in on California, where they see the most reviews (these numbers are correct as of December 2017):

First off, you can see that all the reviews are between 4 and 4.5 stars. For a large solar installer, that’s a great score (more on that below).

Looking more closely into the ratings distribution of their Fremont branch, we see that most users either give PetersenDean 5 stars or 1 star (this is pretty typical for solar installers). Here’s how the ratings break down:

Almost 70% of the reviewers gave PetersenDean 4 to 5 star reviews – not bad at all! However, we can’t ignore that 22% of customers gave them just one star. That’s a fairly alarming subset. Let’s dig a little deeper into PetersenDean’s customer experience and see what’s going on. 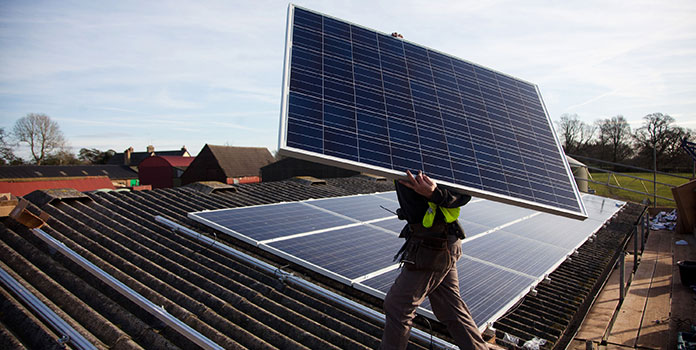 With such polarized review scores, you’re probably wondering what’s going on with PetersenDean. Actually, this is a pretty common ratings distribution for large solar companies. In general, they all provide great customer service — that is, until things go wrong and everything spirals out of control.

As you’ll see below, PetersenDean is a solid solar installer that occasionally suffers from poor customer experience, especially during the initial sales and estimate process. As a whole, they certainly can provide great experiences, but there’s always a bad apple in every bushel and some customer care/sales staff simply can’t (or don’t) do their jobs well.

Let’s delve into these common compliments and complaints now.

Of the 5 star reviews, customers praise PetersenDean for their efficient, quick installations and decent prices. Customers also appreciate their expertise in both solar and roofing.

“Excellent product and very competitively priced. I loved that they are a roofing company, so their installers are full-time employees and not short-term contractors. They knew what they were doing. The whole process was fluid. Every step of the way [customer support team] kept in touch via email and phone ensuring I was up to date and things were moving forward. When I missed an email, [customer support rep] would call and text me to follow up so that I was not the culprit in holding things up.”

And again, here’s Robert from Oceanside with similar praises:

“PetersenDean was one of the very few contractors to pass my licensing/quality panels/good reviews filters! Their sales/purchasing process [name removed] was the most transparent, low pressure, and straight forward that I received. Once the project began, EVERY single event was fully described, then unfolded exactly as advertised. Installation crew was on-time, neat and effective… [Name removed], the project coordinator, was relentless in keeping me fully informed at every stage… Most commendable and professional customer service in every aspect!!!”

Overall, PetersenDean seems to be a well-organized, communicative company that can install quality solar installations. 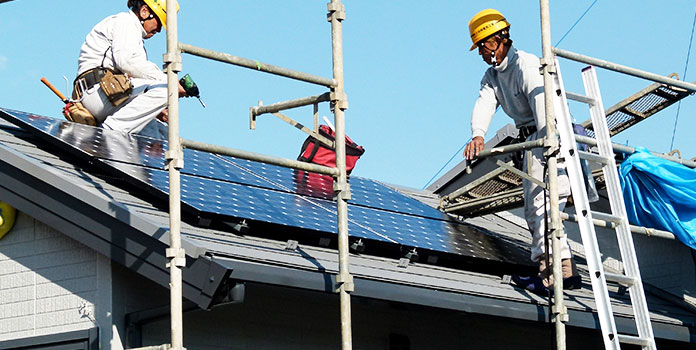 Of course, no company’s perfect, so let’s see what homeowners have to say about the negative aspects of the installer. Complaints around poor customer service during initial sales appointments seem to be most common, with homeowners regularly reporting missed sales appointments, unreturned phone calls, and poor attitudes.

Here’s Lauren after waiting two weeks for an estimate after her initial sales visit:

“We sent back all pertinent information to him. Have not heard anything back from the company nor salesman. Had to call [salesperson] today and ask why we did not have an estimate. ‘Oh, sorry, have been really busy’. Told him to take a hike and obviously they do not need the business.”

Customers also complain about working with PetersenDean’s subcontractors and the ensuing poor communication among all the different involved teams. Here’s Vance in Simi Valley:

“They build a team for you. The problem with this is, one hand doesn’t know what the other is doing. Then there is the sub-contractor for the electrical work. The lack of communication with the customer, the sub-contractor, and the “Team” is terrible. Attempting to contact my “Team” about my problems has been a lesson in disrespectful e-mails, and the managers of those individuals’ attempts to justify their actions. I’ve made phone calls and sent e-mails with no response for the management team.”

#5 PetersenDean Solar vs Other Solar Companies

Don’t let those negative reviews drive you away though. Compared to other large solar installers, PetersenDean well in most customers’ eyes. Here’s the scores for PetersenDean Solar compared to both SolarCity and Sunrun’s San Francisco Bay area branches:

PetersenDean enjoys much better reviews than SolarCity and Sunrun (the two largest solar installers in the US). In fact, their review score is 2x as high as SolarCity! PetersenDean is certainly doing something right.

However, when we compare PetersenDean to smaller, local installers (who, like PetersenDean, also don’t offer solar leases), their scores suddenly don’t seem as impressive. Small companies can often provide more attentive customer service and faster installations, since they’re working with fewer customers at any one time. Consider these review scores from a handful of well-known, local installers in the San Francisco Bay area:

To boil all this down: PetersenDean fairs quite well when compared to other national installers. Most customers enjoy working with them and have no complaints. However, don’t forget that national installers — no matter what company it is — simply can’t compete with a small company’s attentive service and customer care.

#6 Should You Work with PetersenDean Solar? 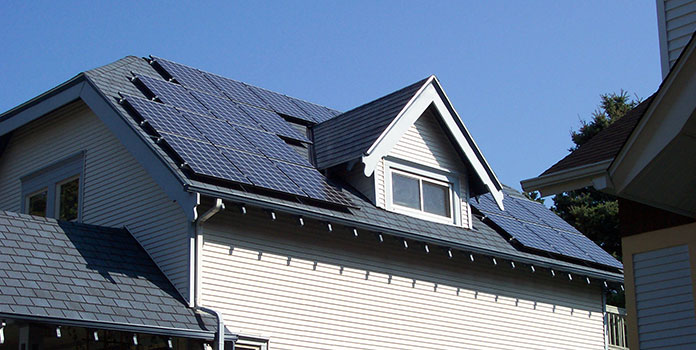 PetersenDean is somewhat of an anomaly in the solar industry. Considering they work in several states, we’re left to compare them to other nationwide installers like SolarCity, who generally suffer from much worse reviews than PetersenDean.

However, with PeterseanDean not offering leases (the one draw of national companies), that places them in the same category as smaller installers that also don’t offer leases. And thanks to their smaller size, many of these local companies see much better review scores.

When you go solar, you obviously want to save money with your investment, so getting the best quality at the lowest price should be high on everyone’s list. If PetersenDean comes in lowest after receiving all your estimates (you did get estimates from multiple companies, right?), and your salesperson seems trustworthy and attentive, go for it!

Remember, though, that we’ve learned PetersenDean has had problems with sales/support staff being unfriendly, rude, and/or uncommunicative to potential customers. If you want to work with PetersenDean, we highly recommend talking to friends and family –- or putting out a call on social media -– for a recommendation for a good salesperson (and customer service rep if possible) to work with.

Even if you’re dead set on the solar company you want to work with, definitely still reach out to multiple installers, both big and small, for estimates. Each roof is unique and one company might surprise you with an unexpectedly low cost or great service!

Have you worked with PetersenDean? We’d love to hear about your experiences in the comments below!