How Many Solar Panels does it take to Charge an Electric Car? 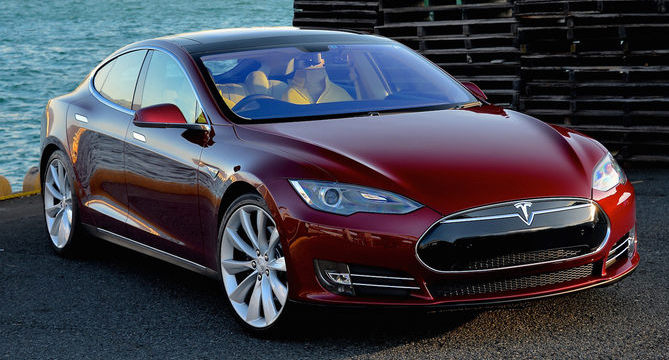 How many solar panels are needed to charge an electric car?

The residential solar industry has enjoyed a huge growth spurt over the last decade due to falling prices and new financing mechanisms. At the same time, electric car ownership has grown steadily, pushed forward by companies like Tesla and Nissan that are constantly researching and developing new ways to make electric vehicles cheaper and go further on a single charge.

Some electric car drivers are even installing solar on their home’s roof to charge their car. An electric car powered by clean, renewable energy? Yes, please! This idea though might leave you asking the obvious question “How many solar panels does it take to charge an electric car?”

According to a recent study, there are approximately 253 million gas guzzling cars and trucks on U.S. roads. Fortunately for those interested in preserving our precious atmosphere and natural resources through reduced emissions, the electric car has become much more mainstream and affordable to the average consumer in recent years. There are options for compacts, sedans, and even SUVs that are powered 100% by electricity.

Pairing electric vehicles with home-based rooftop solar installations can help put us one step closer to becoming more self-sufficient and disconnected from the traditional power grid, which is often supported by dirty fuel sources. This then begs the question: is it possible to power my electric car using nothing but solar-generated electricity? And if so, how many solar panels would it take to charge an electric car?

The short answer is a resounding “Yes!”. But the real question is how practical is it and is it worth putting in the time and money to do so. We’ll examine how the car-charging process works, calculate how many panels you would need for your vehicle, and then look to see how the whole operation would perform as an investment opportunity.

Although modern electric cars such as the Tesla Model S have a considerable amount of engineering and sophistication under their hoods, the basic science involved isn’t a lot more complicated than the tiny electric motors that you hooked up to a 9-volt battery in your high school science class. One significant difference is the incredible amount of power capacity in the car’s batteries. Tesla uses very powerful lithium-ion batteries, which give their cars enough juice to travel a couple of hundred miles before they must recharge.

All of these fundamental similarities mean that charging electric cars doesn’t involve a large amount of ingenuity, just a power source that can deliver energy to the car’s batteries in the correct way so that the batteries do not overheat and cause damage. Currently, there are three levels of charging for electric vehicles:

Measuring the Efficiency of Electric Cars

It would be useful to explain how efficiency works with electric cars before we get into the costs associated with charging them. While gas-powered vehicles’ efficiencies are measured in MPG (miles per gallon), electric cars tend to stack up based on kWh/100mi (kilowatt hours per 100 miles). Because you want to be spending as little energy as possible to drive those 100 miles, having a lower kWh/100mi is better than a higher one.

Here are a few examples of modern electric vehicle efficiencies:

To put those numbers in perspective, the US Department of Energy estimates that 1 gallon of gas is equal to 33.3 kWh, so a 12 MPG Hummer would have a rating of 280 kWh/100 mi. Wow!

How Much Do Electric Vehicles Cost to Charge?

So at this point, we know how electric cars charge and we also know how to measure their efficiency. This knowledge allows us to look at things a little more clearly from a cost perspective. It’s very easy just to say off-the-cuff that electric cars save a ton of money compared to gas vehicles, but now we can actually compare cost-to-cost between electric and gasoline powered vehicles.

With the average American paying about 12 cents per kilowatt-hour for power, to travel 100 miles it would cost the three vehicles, we highlighted above $3.36, $3.48, and $4.20, respectively. At a current gasoline price of $2.27 per gallon, that Hummer would cost about $18.91 to go the same distance. Even an efficient gas-powered car with 30 MPG would cost $7.56 to travel 100 miles. Remember too that gasoline prices have swung down to relative lows in recent times, but oil is a finite resource and prices will tend to rise in the long run.

Let’s say that you are the brand new owner of the 2017 Chevy Bolt from the above example. Let’s also say that you are going to drive that car to and from work, with the occasional errand, which will take about 30 miles per day of travel distance. This means that at 28 kWh/100 mi you would need about 8.4 kWh (about $1) to replace the spent charge and be ready for the next day’s driving.

How Many Solar Panels for Charging an Electric Car?

Now we’ve arrived at the heart of the question. If you want to charge your electric car with your solar panel system, how many panels and how much production will you need to do it? With our Chevy Bolt sitting in the garage ready to charge, the final question is where do you live.

Why would we need to know this, you might ask? Well, we can assume for this example that all solar systems are created equal, but depending on where you live your system will generate different amounts of power depending on things like the amount of sun you get. Using information from the National Renewable Energy Laboratory, we can see for instance that someone living in Phoenix, AZ is going to end up with different numbers than a New Yorker (this map shows geographic yearly energy production for a 1 kW solar installation-the darker the area, the higher the production). 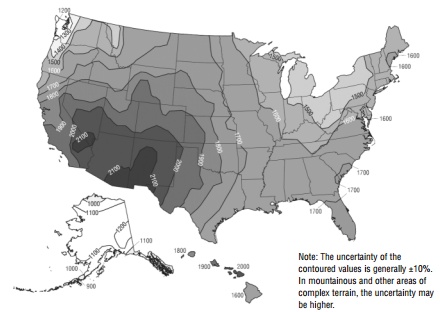 Let’s assume that we’re residing in Las Vegas, NV and we’re driving 30 miles a day for our example. Get ready for some math!

To get this level of solar panel output from your installation, you’ll need about eight 250W solar panels to generate enough juice to power your electric car every day. Anything past that number would just go towards your household appliances, cooling, or whatever else. If you have a larger system or are planning on getting one, then it might be comforting to know that your car will only be eating up a couple of kWh from your rig!

Now, let’s look at how this ties together with your solar setup.

With a battery-backed system, it’s entirely possible to charge your electric vehicle soley from the sun’s rays.  This is because during the day your home will use solar energy and any excess will feed into your battery’s energy supply.  Long after the sun goes down, you’ll still be enjoying the sun’s ability to provide energy for your home.  Now, keep in mind that to truly be “off-grid” and avoid using any energy from your local utility it is likely that you’ll need a sizable solar array and a meaty battery system.

The beautiful thing about solar is that you are able to define your energy use on your own terms.  If you simply must be disconnected from the grid, that’s great!  If you want to be a bit more practicle and you’re okay with the give-and-take of a grid-tied system, that’s great too!

Most people tend to charge their electric vehicles during the nighttime because they use the cars for commuting during the day.  With a grid-tie system, you’re not charging your car directly with the eight solar panels we discussed earlier in the example.  This is because without a battery-backed solar system your solar panels are only able to provide energy during the day while the sun is out.  After hours, your electricity needs are supplied by the local utility grid just like everybody else.

Practically, it’s still solar energy though because any excess energy that your system generates is fed back into the local grid during the day through net metering.  So although your solar system isn’t charging the car in the moment, you’ve still offset your car’s energy needs with your daytime production!

From what we’ve discussed, it is quite clear that it is possible to power your electric car solely through solar energy if you chose to do so. As electric cars and solar power become more mainstream, costs will fall even further and the ability to contribute to a cleaner and more efficient world will be within the grasp of more people.

It’s amazing to think that with eight solar panels you could provide enough energy to power your commute year-round and not have to pay for another drop of gasoline. The future has never seemed so positive for solar energy!