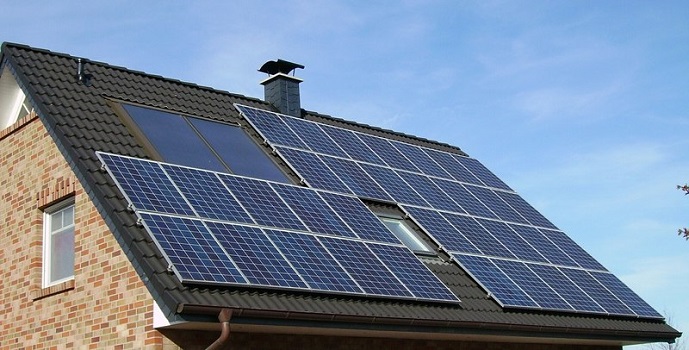 Do homeowners enjoy working with this Northeast solar installer?

Today, let’s take a look at Amergy Solar reviews from actual customer to see if their service is up to par and whether you should work with this Northeastern installer.

Amergy Solar is a solar installer based out of Metuchen, New Jersey, that works across the Northeast, including New Jersey, New York, Massachusetts, and California (admittedly not in the Northeast, but that’s what Amergy claims!) They install both residential and commercial systems, as well as government and non-profit projects.

Unlike some installers (most notably the national installer Sunrun), Amergy Solar does not use 3rd party sales or installation companies. Instead, they sell, design, and install all systems in-house. While this isn’t necessarily good or bad, it certainly simplifies the communication process during your project, as multiple companies aren’t involved.

In 2016, Amergy installed 8.9 megawatts (MW) of solar. Since their founding in 2009, they’ve installed a total of 128.9 MW – enough to power about 22,500 mid-sized homes. Those figures place them soundly in ‘mid-sized’ status – far from large companies like SolarCity and Sunrun, but certainly not a small local company either.

Like any large solar company, Amergy offers four financing options – cash, loans, leases, and PPAs, so they certainly have the capacity to fit whatever financing you desire. Unlike most other big installers, Amergy is a Sunpower dealer. So, if you’re interested in installing these premium US-made panels, they’ve got you covered as well.

Let’s start off by looking at the average review score for Amergy Solar on a few different platforms. Unfortunately, there simply aren’t a lot of reviews for Amergy Solar, but let’s see what we can find. Scores are current as of December 2017.

On review platform SolarReviews – of which Amergy Solar is a financial supporter and member – the installer enjoys 3.91 stars out of 5, based on 11 reviews. Of the 11 reviewers, 3 gave Amergy 1 star, while the remaining 8 gave a perfect 5 stars.

We’ll dive into exactly what these reviewers said later on, but first, let’s look at Amergy’s score on another platform.

On review site Best Company, Amergy sees a much lower 2.6 out of 5 stars. As that’s only based on 5 reviews, it is hard to come to well-balanced conclusion. However, when we drill down to the individual reviews, we see that the actual scores are more varied than on SolarReviews. Instead of 5 star and 1 star reviews almost exclusively, there’s a much wider net:

Amergy Solar has so few customer reviews available online that it’s hard to even provide a worthwhile analysis. Even still, they seem to suffer from the same general pattern as big solar installers, either providing great service or pretty bad service.

Starting out with the good, customers praise Amergy for the easy process, good communication, and accurate savings. Here’s Mark on BestCompany discussing the ease of his project:

“Very easy to communicate with them. Process wasn’t hard at all – they did everything for me which was nice. Install was a breeze. Just hoping we get a lot of sun soon! Love seeing my electric bill decrease each month and build up credits.”

And Anne on SolarReviews, also discussing her overall experience:

“All my questions during the permitting were answered in a reasonable amount of time, they were respectful in and around my house, and I haven’t had any issues with any part of the installation. I told them those were my three biggest concerns. I’m giving Amergy a 5-star review due to their responsiveness, professionalism, and installation work”

And one more review on SolarReviews, again praising Amergy for their communication and customer service:

“So far so good. Everything they said would happen, did. Reports show that the panels are performing exactly as expected. Customer service has been excellent. Good planning, execution, and follow-up.”

Obviously, Amergy Solar is very capable of installing quality solar systems and providing great service and communication before, during, and after the installation. Good job Amergy!

Of course, most companies have their complaints as well, and Amergy is no different. Of the few negative reviews published online, those customers tend to complain of shoddy worksmanship and simply the length of time it took to take their projects to completion.

Here’s Bob on BestCompany, after it took months to fill in a trench Amergy dug to run wires from his home to his ground-mounted installation:

“I have an Amergy System, and while the system operates as promised, if I had to do it over, I would have chosen a different company. We encountered unexplained delay after delay, and it wasn’t till I became irate that things seemed to move SLOWLY forward.”

Then, after the project began to creep forward, Bob’s 2nd sales rep had left the company:

“Since I had no known sales agent, I had no one to call. I was finally able to reach Amergy Corporate offices in New Jersey through their Facebook page. When I came home from work that night, I was impressed with the work that was done. Shame it wasn’t done right the first time.”

“I have had NOTHING but problems with this company and Sunpower since Sept 2013. It took them over a year and a half to install the panels due to their incompetence. Now that the panels are installed on my NEW roof they ruined it and I have leaks; these leaks have damaged my walls and ceilings and there may be mold growing there.”

And lastly, here’s Phil on SolarReviews, again discussing both the long wait time, as well as poor customer service:

“Customer Service Reps can’t do anything except take messages (which are very rarely answered). It took 5 months from start to finish to install panels and inverters. They very rarely keep appointments.”

So overall, Amergy seems to slip into occasional lethargy, providing poor customer service and extremely long wait times to get their systems up and running. On their own website, they say that installations take 3 to 6 months to complete, certainly on the longer side when compared to both local and nationwide companies (though of course each project is unique).

#5 Amergy Solar vs Other Solar Companies 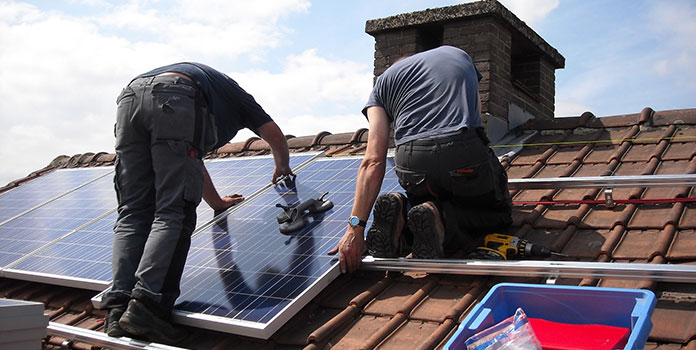 Amergy’s review scores are favorable when compared to other large installers. Speaking generally, any solar company can provide great service and install quickly when the project is easy. It’s when problems pop up that the wheat is separated from the chaff.

If a solar installer is filled with enough well-trained employees, they can quickly surmount any obstacle and keep the customer informed. But if the installer doesn’t train employees properly and/or overworks staff, communication issues pop up and problem projects get stuck in limbo.

Here are the scores from Amergy Solar reviews compared to the two biggest installers in the US, SolarCity and Sunrun:

You can see that Amergy Solar scores higher than these companies on SolarReviews, but lower on BestCompany, though admittedly not by much and generally in line with the others.

#6 Should you work with Amergy Solar? 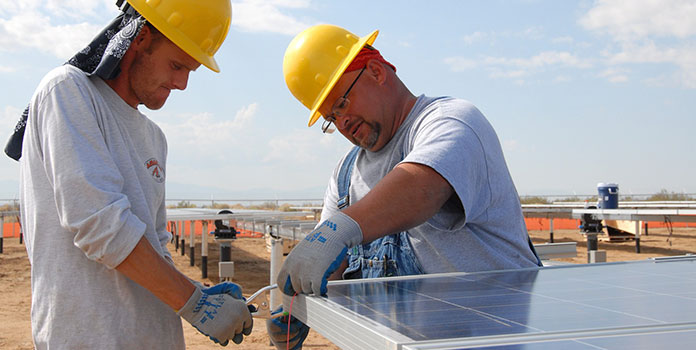 The question of whether or not you should work with Amergy Solar is a bit of difficult one, as there are simply too few reviews to point us definitively in a single direction.

Just like SolarCity and Sunrun, they offer all types of financing and can provide great service, but there are a couple of bad reviews that put us on alert. If you do want to go forward with Amergy, try to get a recommendation from friends or family for a great salesperson – as having someone on your side who can work on your behalf can alleviate a lot of issues.

And of course, don’t just reach out to one company – Amergy or any other – for a single estimate. The best way to ensure a great deal and experience going solar is to talk to several companies to see what equipment they use, their cost, and your estimated savings.

So reach out to a few installers and let us know what you think of our review of Amergy in the comments below!

Instant-on Solar – Just Plug it in

Can Oil Companies be Forced to Switch to Clean Energy?