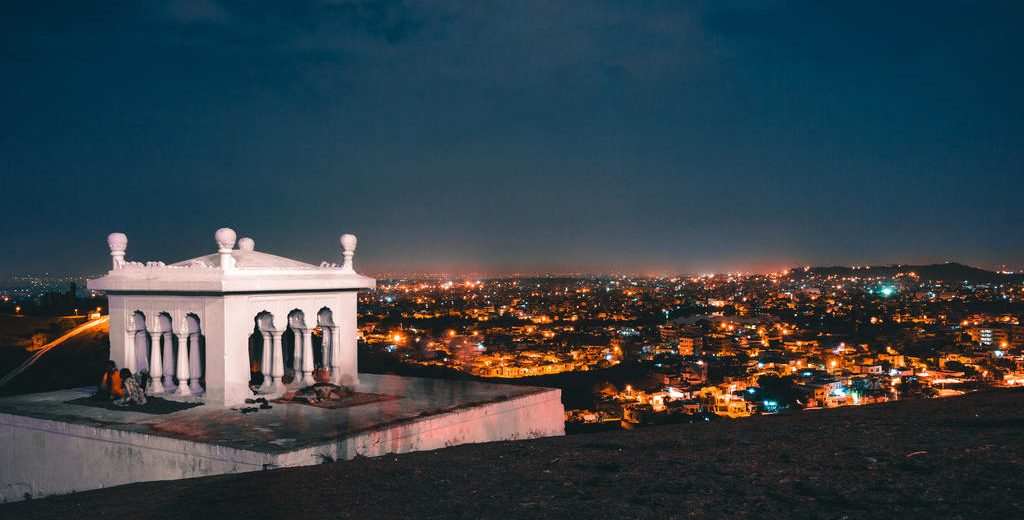 Finding a clever solution to two serious issues, local governments in India have been installing solar panels over water canals to provide much-needed electricity and at the same time prevent the evaporation of valuable water.

The idea started in the southern state of Gujarat, home to almost 12,000 miles of uncovered canals. Looking for an innovative way to prevent evaporation in these canals, they decided to install solar panels on steel support structures across the canals, providing shade for the water running underneath.

The project began in 2012,when the local government partnered with SunEdison, a US based company, to install a 1 megawatt (MW) test project over a ½ mile strip of canal. The project cost $2.6 million USD.

Once completed, Gujarat decided to continue moving forward, completing a 10 MW addition in early 2015. The installation cost $18.3 million and has a payback period of just 13 years. The electricity produced is mostly intended to provide power for irrigation pumps, as irrigation is a major source of electricity use around the world. Many organizations in the US are also looking into lowering energy use in this industry.

As noted, the solar panels don’t just produce renewable electricity, experts claim there are numerous benefits to building over canals. According to an article from India Times, the solar panels will annually prevent about 2 billion liters of water from evaporation. The water also cools the solar panels and brings them down to a more efficient operating temperature, producing about 7 to 15% more energy than if the same panels were located on land.

Since the land is already used for canals – full of cement and pipes – there is no need to purchase or lease undeveloped land for the solar installation – land which otherwise could be used for farming. This allows the total project cost to be lower and avoids environmental and animals-rights issues (which is fairly common for ground-mounted solar projects in other areas).

Warm Reception Across the Globe

The project has elicited praise from many high-profile leaders across India and the world. In 2012, Narendra Modi, now India’s current prime minister, inaugurated the pilot project. At the commencement for the 10 MW system, UN Secretary General Ban Ki Moon noted he was looking at the “future of India and the future of our world. This facility shows how one project can have multiple uses of conserving land and using renewables.”

Numerous magazines and websites have praised the project as well, including Popular Mechanics and Reuters, calling it an innovative, home-grown solution to a unique situation.

Since the success of the solar canal project in Gujarat, states all over India have begun similar projects. According to India’s Ministry of New and Renewable Energy, 8 states have solar canals or solar panels on canal banks, from a 3 megawatt system in Kerala on the Southern Coast all the way to 20 MW in Punjab to the north bordering Pakistan. While the total production of solar canals in the entire country only adds up to a small 50 MW, the fact that so many different areas are starting their own projects means the idea is catching on fast.

In fact, in early 2016 an electric utility in the state of Maharashtra, in central India and home to Mumbai, announced plans for a 1.2 GW solar project built over canals, lakes, reservoirs, and other bodies of water in the state. The project, by far the largest of its kind in India (and the world), would use bodies of water owned by local governments and villages as well, providing power to locals and utilizing net metering agreements.

Other countries are also beginning to see solar canals as a viable option. In Tijuana, Mexico, a local architect supported by the University of California at San Diego’s Center for Urban Economics and Design, is leading the charge to cover a large canal that runs along the US-Mexico border in solar panels. The solar installation would cover the canal is 5 megawatt arrays and could provide power to around 30,000 homes. Like in India, this project isn’t seen as just a source of renewable electricity – the solar panels would be coupled with an algae-based filtration system to clean up the ultra-polluted water in the canal before it dumps into the Pacific Ocean.

In drought-plagued California where water conservation is critical, there have been numerous calls to cover the state’s aqueducts with solar panels, with students from UCLA Institute of Environment and Sustainability even publishing a study on the feasibility of solar canals in the state. ReGen, a solar development company based in California, is also currently working with partners in the state to develop solar installations on the banks of canals to power irrigation pumps, though no installations have yet been announced.

Another type of water-based solar installation is also quickly growing in popularity. Since 2007, floating photovoltaic solar installations, known as “floatovoltaics”, have become increasingly popular all over the world on reservoirs, ponds, and lakes. The first floating solar system, composed of 1000 solar panels, was installed on a pond at a winery in Napa Valley, California. Land in the area can cost hundreds of thousands of dollars per acre, so locating solar panels on an unused area of property seems like a no-brainer. Since then, similar installations have been installed in India, Italy, South Korea, Scotland, and other countries.

Japan will soon lay claim to the largest floating solar installation. The project, begun in 2016 and set to begin operation in 2018, is located in Chiba, near Tokyo. The 13.7 MW system will use 51,000 solar panels and produce about 16 gigawatt-hours of power annually, enough to power about 5,000 homes. To secure the installation during typhoons, the solar system is connected to the bottom of the reservoir.

Floating solar systems see many of the same benefits as solar canals. First, valuable land is not used by the installation, which means land doesn’t need to be purchased or leased and the project requires less engineering work. Secondly, the water cools the photovoltaic solar panels, allowing them to produce electricity more efficiently. Ciel et Terre, the French company that manufacturers the support structure for the floating solar panels, says that floating solar also reduces water evaporation like solar canals and that there is no impact to water quality. While the equipment cost for floating solar is higher, total project costs is comparable to ground-mounted systems, as less professional engineering work is needed.

Floating solar and solar canals provide an example of the versatility of solar when in the hands of creative minds. In the future, what other roles will solar play?