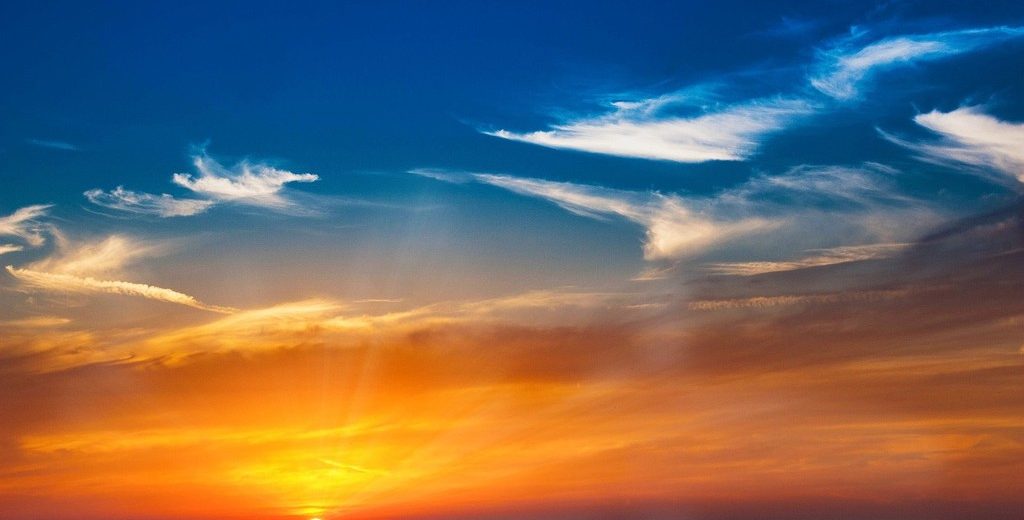 Solar energy is energy produced by the sun. This energy leaves the sun as electromagnetic radiation, in a form we call solar radiation or solar irradiance.

About 30% of this radiation is reflected by our atmosphere back into space. The rest is absorbed by our oceans, land, and atmosphere. Different areas of the world see different levels of solar irradiance and, in the United States, the desert southwest sees very high levels.

Many Ways to Harness Solar Energy

We harness the sun’s energy through a variety of means. When we think of solar energy, most of us probably think of photovoltaic (PV) solar. PV panels are commonly seen on the roofs of houses and are a form of ‘active’ solar – devices which transform the sun’s energy into another form of energy, usually electricity, through a mechanical or electrical process.

PV solar panels use a light-sensitive element like silicon to perform this process. Solar radiation hits the silicon in the panel, causing the electrons in the silicon to knock themselves free from their atoms and move around, creating electrical energy which we then harvest.

In contrast to active solar, ‘passive’ solar collection directly uses the sun’s light and heat. Homes with large south-facing windows to let in light and heat are prime examples and humans have been using passive solar techniques for thousands of years.

Thermal solar is another form of passive solar that allows the sunlight to heat a heat-transfer fluid – usually oil or water – which is then used to heat another liquid or object. Many homes in the west have thermal solar panels on their roofs that are connected to their hot water system.

These solar panels allow sunlight to heat up a heat-transfer fluid which is then piped to their hot water tank. Through a heat transfer process, the heat from the fluid is transferred to the water in the water tank, preheating the water and thereby using less electricity or gas.

As you can see, there are many ways to harvest the sun’s energy!

It can be huge, utility-scale power plants like India’s Kamuthi Solar Power Project, the 2nd largest PV power plant in the world with 2.5 million panels. Or it can be small systems like a homeowner in the United States who has a system with 8 solar panels.

Most solar installations are also grid-connected, meaning that they can pump excess the installation produces back into the utility’s grid for use elsewhere. Solar can also be used off-grid as well, in a remote mountain cabin for example. These off-grid systems usually are coupled with battery systems, so the solar panels can provide power and charge the batteries during the day, and the batteries can power lights and appliances at night.

Solar is One of Many Forms of Renewable Energy

While solar energy is the most adopted and widespread form of renewable energy, it is only one form of many. Others include wind farms, hydro plants, biomass plants (which burn wood pellets to create electricity), offshore wave turbines, and geothermal energy (which uses heat from the earth’s crust).

While the definition of solar energy is fairly simple, how we collect and harvest that energy is varied and complex. But they all have one thing in common: a power source that we’ll never run out of and whose emissions (or lack thereof) doesn’t harm the environment.