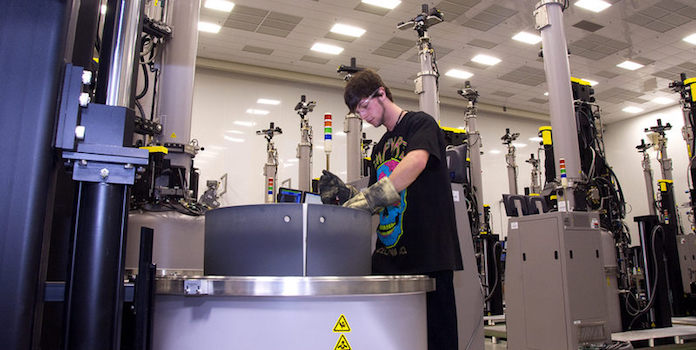 The solar industry is booming, with over 173,000 solar jobs in the U.S. And more states than ever are leading the way, with unexpected states like Georgia trumping solar production over more solar traditional states. However, the most surprising news may be that solar is taking off in politically conservative states that a decade ago may have never been seen as energy efficient leaders.

A new report from the Solar Foundation broke down solar jobs by state. Unsurprisingly, California reigns king of solar. It’s responsible for one-third of the nation’s solar jobs (over 54,000 solar jobs in solar as of late 2014). Yet solar is already becoming a big deal in conservative states, where politics aren’t playing much of a role in the growth of solar manufacturing and installation.

It’s long been thought that conservative states would be against the liberal green energy movement. But Arizona, which is politically conservative, is number three overall for solar jobs. Texas is right behind, coming in at number six — there was a 68 percent jump in solar job growth over the course of one year!

Nevada, North Carolina, Florida, and Ohio bring up the rest of the top 10, with exponential growth rates in every state. And remember when we mentioned Georgia? It’s not in the top 10, but it’s got nearly 3,000 solar jobs — that’s a 261 percent increase in two years!

Why the shift in Solar?

Looking at these states geographically, it seems like a no-brainer that states like Arizona and Nevada would be leading the way in solar jobs per capita. Both are abundant in sunshine, as are Texas and Florida. Regardless, politics often play a factor in solar energy development, and the Washington Post reports how Nevada’s Republican political players, Governor Brian Sandoval and Senator Dean Heller, are boosting solar.

Plus, the Post points out that there might be something that appeals to libertarians: “You generate your own power, rather than being dependent upon some utility somewhere. It increases your independence, your economic liberty.”

The best news of all is that more and more, states across the nation are embracing solar energy instead of allowing ideology to get in the way of job growth and energy production. And that’s a win-win for everyone.

Do you live in a conservative state that’s taking on more solar jobs and manufacturing? Do you notice an uptick in solar production in your state? Tell us in the comments!