Buying/Selling a Home: Is a Solar Lease Scaring Buyers Away? 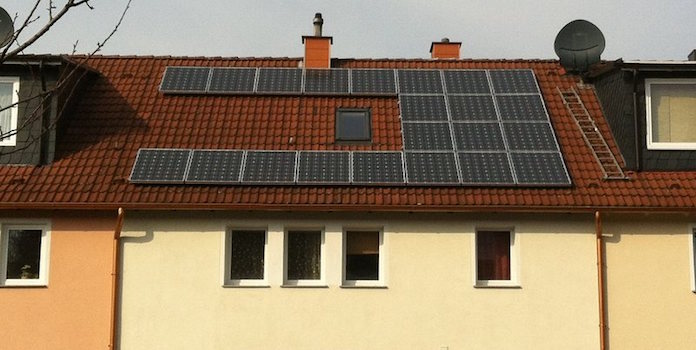 Why are solar leases scaring away potential home buyers? (and what to do about it)

We can credit leases (along with falling prices) for inciting solar’s popularity boom over the last 10 years. Unfortunately more often these days, a solar lease is scaring buyers away from purchasing a home with a solar installation. We decided to look into the history of leases and how they work to give buyers (and sellers) the information they need to make an informed choice.

Leases – with their tantalizing $0 down draw – offers anyone the chance to go solar. By 2013, the solar lease and its sister the power-purchase agreement (PPA), collectively known as third-party ownership, accounted for about 70% of all residential solar installations.

However, now that leasing business has begun to mature, many homeowners and industry analysts are seeing the downsides of leases. This includes less financial savings when compared to cash purchases as well as issues with the lease contracts themselves (namely, once you sign on the dotted line, you have little recourse to extract yourself from the agreement).

In addition, over the last couple of years, home buyers have become wary of homes with solar leases, as reported by Bloomberg, NPR, and the National Association of Realtors. In some instances, unfamiliar with solar and leases, buyers have even walked away from a home because of the solar.

However, solar leases aren’t some mysterious black hole no one can understand. All you need to do is a little research and understand grade-school math. Armed with the solar lease contract, a few utility bills, and a calculator, you can figure out if taking over someone else’s solar lease is a wise decision.

But before we get into that, let’s look at why solar leases scare buyers in the first place.

Why Does A Solar Lease Scare Buyers?

“You always fear what you don’t understand” – the bad guy in Batman Begins.

For the majority of us, solar panels are still a new technology and the solar lease is an unfamiliar financing mechanism. Sure, we all know about car leases, but solar is obviously very different. With a car lease, there’s the car dealership providing the car and financing, and you are the lessee. With solar, there’s still the solar company and you, but there’s also the utility you also pay. There are more hands involved in a solar installation and it’s a little bit more complicated. Outside the small circle of people who’ve already gone solar, not many in the general population have experience with solar financing. More than anything else, this is what scares buyers away from solar leases.

It’s also difficult for the new homeowner to know that taking over a solar lease is a safe financial investment. Unlike the original homeowner, who presumably talked to several solar companies to find the best deal, this new homeowner doesn’t have that luxury. The solar installation is already installed and running, so they have to take the seller’s and solar company’s word about financial savings as truth – a daunting task, considering both parties have so much at stake.

Lastly, solar leases typically last quite a long time – around 20 years – and once you sign that lease, you are locked in for the rest of the lease with no real way to escape beyond purchasing the installation outright.

For some, all of this adds up to a confusing and stressful situation they can easily avoid by just buying a different house.

Before deciding to take over a solar lease, you probably want to know if the installation adds (or subtracts) value from the home. We don’t have much information on how solar leases affect home value throughout the country, but there are at least two studies that show they affect it very little in specific areas.

In 2017, the Lawrence Berkeley National Laboratory studied sales of homes with leased solar in California and found that leased installations don’t affect home value, sale price, or time on the market either negatively or positively.

This is in contrast to installations purchased in cash or through a loan, which can increase the value of the home by an average of $4 per watt, meaning an average sized 5-kilowatt installation can add $20,000 to a home’s value.

How to Decide if a Solar Lease Is Right for You 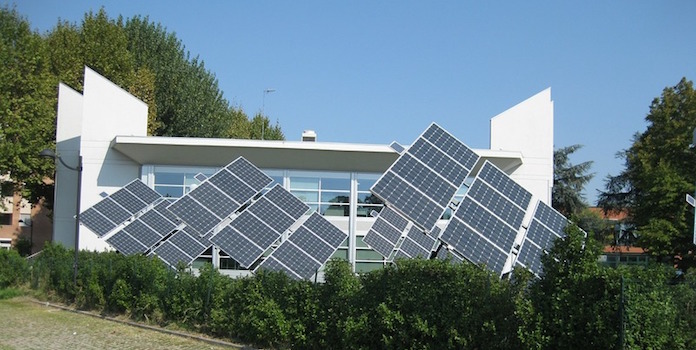 When deciding whether to take on an existing solar lease, you need to look at your life plans as well as estimate the financial savings.

Be realistic about your life plans

A solar lease is great if you plan on staying in the house for the duration of the lease. If there’s another 15 years left on the 20-year lease, do you want to worry about transferring the lease to the new homeowner when you sell the house in 7 years?

Also, estimate how your electricity use would differ from the previous owners. If you have 2 more people living in the house, the electricity your installation produces will probably be less than you actually use. You’ll still save money even if it covers only a fraction of your use, but be sure to know your savings estimates before moving forward.

If you are considering moving forward with taking over the lease, you’ll want to make sure you’re going to save money. Find out if purchasing your electricity from the solar company (through the lease) is cheaper than purchasing electricity from the utility. No doubt the solar company will provide you with estimates of savings over the remaining life of the lease, but it doesn’t hurt to calculate the savings yourself as well. Here’s how:

Example: Let’s say the solar installation on the home you want to buy produces 10,200 kilowatt-hours each year.

Continuing our example: The current homeowner pays their solar company $1,020 annually, with no escalator.

Wrapping up our example: The existing homeowner says there are 11 more years on the lease. You opened up Excel and did the calculations and found that, at the end of the lease, you’ll have paid the solar company a total of $11,220 but it would have cost $15,875 to get that power from the utility. That means you’d actually save $4,655. Sounds like a good deal to us.

How Can I Protect Myself When I Buy a Home With Leased Solar?

We’ve got a few tips for you to protect yourself and get the best deal you can:

Are solar leases scary? No, not at all! As long as you do your homework, read the contracts, and estimate your savings, you should be good to go.

Have you bought or sold a house with a solar lease? Tell us about your experience in the comments below!