How to Get Solar Power Without Batteries 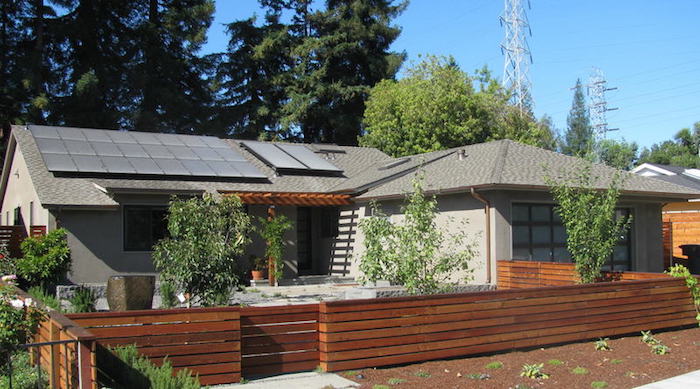 How do you store the energy, anyway?

If you’re interested in purchasing a new solar system, then you likely have a lot of questions about how the system works and what you will need to suit your individual needs. One question that comes up often is whether or not a solar system needs a battery and how to get solar power without batteries. It’s really a trick question because although most systems don’t use batteries at all, but use the electrical grid as a sort of flexible battery storage and on demand power system. If this makes no sense, that’s fine, because we’re going to explain!

Just to put things into a bit of context, we’ll assume that you are looking for a typical home system in a suburban or urban environment. If you are living out in the middle of nowhere or using solar panels on something like an RV or mobile home, then using your panels without a battery is probably an impossibility. This situation, however, doesn’t describe most folks reading this.

Why Would a Solar System Need a Battery?

Common sense should tell everyone that solar panels are only producing energy when they have access to the sun’s rays. Nighttime, clouds and even the angle of the sun can all reduce or eliminate the amount of energy that you can produce. What this means is that although you are using energy throughout the day and night, your system is only producing power for half of those hours. It would be possible to avoid using any energy during the nighttime hours, but this would hardly ever work in practice, and you’ll typically need some alternative energy source for that time. Check out a real-life account of a battery-only experience.

Even if you are gung-ho about going “off-grid,” the physics involved with electricity production make it tough to power household appliances without some way to store energy to account for usage spikes and drops in energy production. These inconsistencies mean that your system will need so-called “balance of system” equipment: either batteries or a grid-tie setup.

The Two Methods of Storing Energy 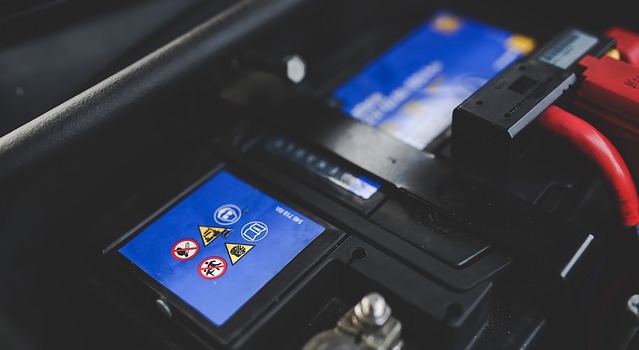 The limitations of solar power generation are where energy storage comes in. Notice that I didn’t say batteries. That is because batteries are not the only way that you can “store” energy produced by your solar panels. To use energy during the night hours, you’ll need an energy source, but practically, this energy could also come from the standard power grid.

You might say that the whole point of using solar is to avoid the grid, but practically the goal is to offset as much of the dirty energy supply as possible. If you are producing enough energy for your needs with your system during the day, you can think of the grid as a giant battery that you sometimes take energy from and sometimes add power to freely.

Adding a battery to your solar system may seem like the most obvious choice, but having the security of a battery backup comes at a considerable cost. In addition to your standard system cost, you’ll need to purchase the batteries, pay to install them, maintain them and replace them over time. It is an enormous extra cost if you aren’t 100% sure that you’ll need them.

To be fair, there is simply nothing else other than batteries that will save you during an extended power outage. If you live in an area prone to natural disasters or have an unreliable power grid, then batteries may make sense for you.

Many people have looked at the costs of running batteries on their system and have found that you will be losing a sizable percentage of your generated power to charging/discharging losses as well as not being able to compensate for the inherent losses occurring during the winter months.

Another important note about battery-only systems: most state rebates and incentives mandate that you connect your system to the grid to receive them. This stipulation means that depending on where you live, it could be at best a financially poor decision and at worst illegal to operate a solar system without being connected to the grid.

For more on this see:

Anytime you are connecting your solar system to your local power grid then you are mostly using a “grid-tie” system because you are tying into the electrical grid. When tied into the grid, your solar system will typically be operating under the net metering standard and be producing and using solar power without batteries. This specification means that when your system produces more power than necessary, it will feed the excess into the grid and when it is providing less than required it will take energy from the grid.

The benefit to using a grid-tie system is that, at least in America, it is highly unlikely that you will experience an extended power outage unless there is an extreme emergency event (such as a tornado, etc.).  As long as the grid is alive and working, you will never have to worry about your system covering your energy needs throughout the day. If production dips then you’ll simply draw extra from your local utility. If it’s a bright day and you are producing well, then you’ll be feeding energy back to them and hopefully generating some energy credits that can refund your energy bill. In this respect, generating solar power without batteries is typically the most reliable choice.

If it does go down, then all of the fancy solar panels in the world won’t turn on a light bulb at your house. You’ll be in the same boat as all of your neighbors if you don’t have a battery backup.

But What About Both?

After what you’ve read so far, it might seem like we think batteries are a bad idea. They aren’t a bad idea per se, but the financials behind purchasing and maintaining a battery system don’t necessarily make it a good idea unless you must have the security of a battery backup or you are living in an extremely remote setting.

The good news is that you can have both! Assuming that you have the money to spare, it is possible to install a new system, tie it to the grid, and then purchase a battery backup system like the Tesla Powerwall II. This scenario will allow the maximum amount of redundancy and security if you are genuinely worried about having solar power without batteries. 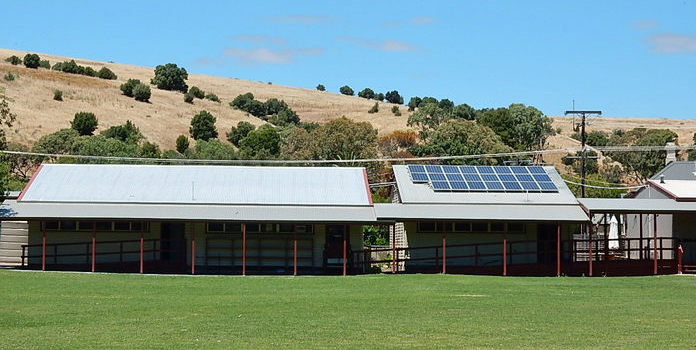 Hopefully, by this point, you understand the importance of having energy storage for your solar system and have decided whether or not you need batteries for your current or planned setup.

Be sure to talk to a local installer or other professional before you commit to any purchases. They will be able to give you more information about your particular situation and help you to understand if installing solar panel without batteries is a good idea.

What’s your current or planned setup? Let us know in the comments whether or not you run a battery backup and if so, what has your experience been like with the technology?