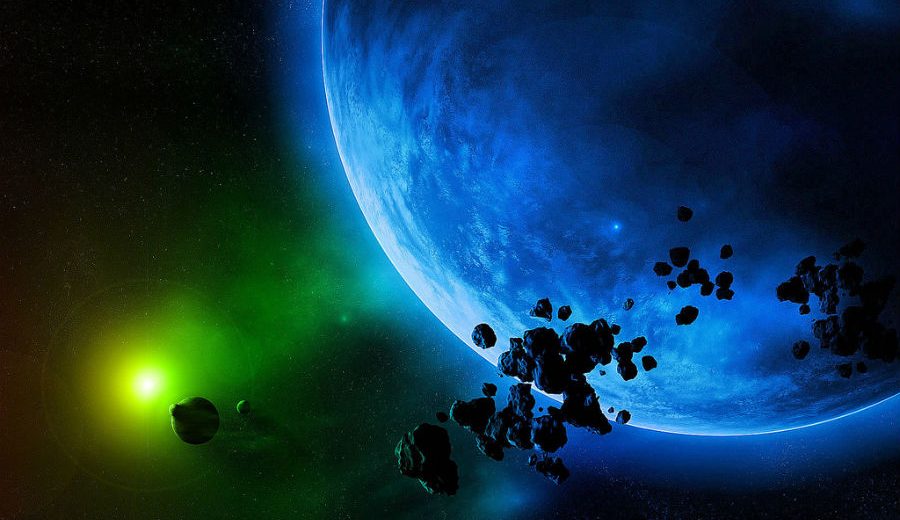 We are familiar with solar energy as a form of power to provide electricity here on Earth, but space exploration could also benefit from this free, abundant resource through solar sailing.

Going where no man has gone before has been resonating throughout history more than most of us know. It was Kepler who first made the observation that a comet’s tail always pointed away from the Sun, theorizing that our star was responsible for this effect. Following this, a multitude of scientists and science fiction writers, including Konstantin Eduardovich Tsiolkovsky and Jules Verne, mentioned solar power as a way to explore the Solar System and other unknown parts of the universe.

So what do we mean when we refer to “exploring space with sunlight”? We’re going beyond photovoltaic technology and using solar panels to allow the conversion of solar energy into power. This is widely still used by space probes to power onboard instruments, such as in the case of the European Space Agency’s Rosetta solar-powered spacecraft. Meanwhile Mars’ two small rovers, Spirit and Opportunity, have been recharging their lithium-ion batteries with solar panels since 2003. Not to mention the International Space Station is equipped with eight solar arrays each with a wingspan larger than a Boeing 777 jet, and rotates while always facing the Sun. So yes, we have been somewhat conquering space with the power of the Sun.

Solar sailing is exactly what it sounds like: space probes equipped with sails that harness sunlight as method of propulsion.

In this case, these “yachts of space” don’t rely on wind but on light, or more specifically, quantized bundles of light called photons. Photons have no mass but still carry energy and momentum. Sails are appropriately designed as lightweight, mirrored surfaces designed to capture the momentum of these photons. As they reflect off a probe’s sails, the photons transfer most of their momentum over to the solar spacecraft, resulting in small, continuous acceleration.

The concept of solar pressure (also called radiation pressure) exerting a tangible force on an object is already established. For instance, the trajectory of a launched spacecraft must always be corrected by accounting for solar pressure.

While solar sailing can’t match the thrust of chemical rockets, the constant acceleration of solar sails is designed to allow reaching tremendous velocities over time.

So how far would sunlight allow us to go? According to researchers at a NASA concept mission known as the Interstellar Probe, a craft equipped with a 400-meter wide sail could travel about 2.1 billion kilometers per year and could escape the Sun’s sphere of influence (SOI)– a sphere where the Sun dominates from a gravitational perspective– in just over a decade. This entails that an interstellar mission could possibly even take place sometime in the future.

The main advantage of solar sailing, discounting the lack of initial thrust, is that solar sails would keep sailing forever, plus the spacecraft would be lighter without carrying heavy rocket fuel.

American Scientist and Writer Eugene Franklin Mallove, also known for his eccentric scientific theories of energy use, engineered a more realistic approach to interstellar travel by means of solar sails. His theories included ensuring that a spaceship would first make a close pass to the Sun to maximize its exposure to sunlight before accelerating away at full speed. The spaceship’s acceleration would eventually be reduced at a rate proportional to the inverse square of the distance to the Sun, and ultimately be out of reach of sunlight; however the spaceship would carry on cruising due to the laws of inertia. 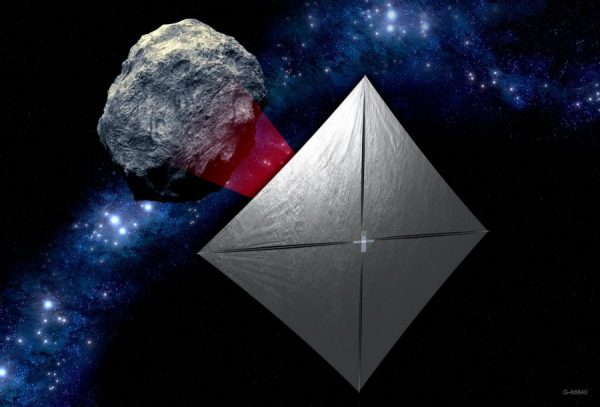 Aerospace Engineer Bruce Campbell is very optimistic regarding the future of solar sailing. “There is nothing known to us that could actually attain that kind of speed using chemical propulsion,” he declared during a presentation with NASA’s Future In-Space Operations working group.

Bruce Campbell’s optimism may very well be validated. Up until recently, space exploration has entailed relying on nuclear fission, particularly plutonium-238, a manmade resource of which we are quickly running out.

So where are we at now when it comes to solar sailing? Surely progress has been made since Jules Verne published his 1865 science fiction book From the Earth to the Moon?

On May 21 2010, the world’s first interplanetary solar sailing probe IKAROS (Interplanetary Kit-craft Accelerated by Radiation Of the Sun) was launched by JAXA– Japan Aerospace Exploration Agency.

The mission was deemed successful in that the IKAROS sail was deployed, controlled and allowed for the measurement of theorized minute orbit perturbations caused by radiation pressure. For six months IKAROS traveled to Venus, however failed to enter its orbit as planned, and then began a three-year journey around the Sun. In 2014, the spacecraft was recorded as being on a ten-month orbit around the Sun. While the solar sailing ship has encountered multiple issues, including going in long hibernation periods when solar power was low, it continued transmitting signals since its launch with data that showed no anomaly in the spacecraft. Japan Aerospace Exploration Agency expected IKAROS to wake up once more in late 2015, but to this day, the status of the first solar sailing ship in history remains unclear.

NASA has also successfully tested solar sailing probes in low Earth orbit, but other projects have remained unsuccessful. Sunjammer, for instance, was intended to prove the usefulness and viability of solar sailing with a 1200 squared-meter sail for the double purposes of 1) space exploration and 2) planet protection from solar storms. Unfortunately, NASA canceled the $21-million project in October of 2014 due to a “lack of confidence in its contractor’s ability to deliver”.

So far most solar sailing probes have been intended for the applications of cargo transport, but engineers and scientists are remaining positive when it comes to using solar sailing for human transport. This would require further advancement in the field, such as the deployment and management of gargantuan sales in space.

A project worth noting when it comes to exploring the cosmos by the use of solar sailing is led by Bill Nye “The Science Guy”.

As the CEO of the Planetary Society, the world’s largest non-profit organization dedicated to space exploration, Bill Nye ran a Kickstarter campaign to fund its LightSail project. Its original goal of $200,000 was surpassed by over four times. A first test flight was performed in June 2015 (with LightSail 1, a probe equipped with a 32-meter wide solar sail). With the contribution of the Georgia Institute of Technology, a full-fledged solar sailing demonstration with LightSail 2 is scheduled to occur sometime in 2016.

Solar sailing is still very well grounded in Earth and its vicinity (no pun intended), but there’s still hope for the future. As to quote the Sunjammer mission, “Sails that travel the solar system on the winds of the Sun are the beginning of an era of low-cost exploration, science, and commerce in outer space.” Reaching the Sun’s nearest star, Alpha Centauri, which is four light-years away, would take thousands of years with gigantic solar sails. However as technology progresses and evolves exponentially, we may find ourselves waving hello to the Alpha Centaurians sooner than we think.