With a three year track record, is a SolarCity bond a worthwhile investment?

Since 2014, SolarCity has offered bonds once a year to continue financing their operations and projects. This allows individual investors (i.e., you) to invest in this environmentally-friendly company and reap the financial benefits of bond ownership. But are SolarCity bonds a smart investment? In short, a SolarCity bond could be – if purchased wisely.

Below, we look at what bonds are, why SolarCity offers them, and whether you should purchase their bonds or not.

Before we dive in, a quick disclaimer: we are not investment advisors. Use the information below for general scholarship, knowledge, or amusement, but be sure to talk to your financial advisor before purchasing SolarCity bonds (or any investment for that matter). Also, the author has no vested interest in SolarCity, either through bonds or stock.

What is a Bond?

Bonds are simply a way for businesses to get some extra cash. In essence, the business is taking out a loan with you, the investor, to finance their operations, growth, or anything else. For the business, it is debt which they have to (or should, at least) pay back with interest by the agreed-upon time.

Bonds issued by companies can be safe or risky, depending on the company. Companies are given a rating by dedicated credit rating companies based on their perceived ability to pay back the loan and interest amounts. The most trustworthy and reliable companies receive an investment-grade rating, meaning the bonds they issue are quite safe.

Bonds from companies who don’t (or can’t) receive investment-grade status are riskier, so they typically have high interest rates to attract buyers. They also see a greater chance of defaulting on payments.

The US Treasury issues the lowest-risk, most secure bonds you can buy (they are backed by the federal government, after all). In February 2017, the very-long term 30 year treasury bonds saw a 4.3% interest rate. Treasury notes – which you can buy in 2, 5, or 10 year increments, currently see interest rates of 1.795% – much lower than treasury bonds, as your money is invested for less time.

As the bond holder, you receive regular interest payments (typically semi-annually) through the length of the bond. When the term is over (known as the maturity date), you then receive the principal amount you originally paid to purchase the bond.

In essence, bonds can be a very secure method of mid- or long-term investment – as long as you study the company and make wise decisions.

In September 2016, SolarCity’s most recent bond offering had an interest rate of 6.5% with an 18 month term, for a minimum investment of $1,000. Bond holders are paid interest semi-annually until the maturation date, which is February 17, 2018.

Let’s delve a little more into the details.

First, let’s look over the bad:

The bond is unsecured (meaning higher risk, as you aren’t guaranteed payback) and non-transferable (meaning it can’t be sold, bought, or otherwise traded). According to the fine print, they’re also not rated by any credit rating company (p. 7 of the above link), so they’re certainly not investment-grade.

With Tesla’s buyout of SolarCity in 2016, you might be wondering how this could affect these bonds in the future. Let’s jump again to the bond’s fine print:

So if something goes wrong during or because of the merger, you, as an investor, don’t have any additional protection. Probably not a deal breaker, but just something to be aware of.

Now let’s look at the good:

First, by purchasing these bonds, you are supporting very innovative, ecologically-conscience companies: SolarCity, and by extension, Tesla. I’m sure you already know about how innovative Tesla is, but did you know SolarCity was included on Fast Company’s list of the world’s 10 most innovative energy companies, and ranked #9 on MIT Tech’s 50 smartest companies of 2015?

That gives some credibility to the company. For many individuals, this might be reason enough to invest – they’re well-regarded companies and you’ve got the power and charisma of Elon Musk behind your bonds.

Next, interest and principle are repaid with solar payments that homeowners make each month (again, p. 14 of the fine print). With SolarCity passing 300,000 installations in the 3rd Quarter of 2016 – this means you’ve got hundreds of thousands of backers making regular monthly payments that go toward (at least in part) your bonds.

Knowing that might leave you breathing a little easier, but keep in mind that these homeowner payments are funding everything at SolarCity, and they currently aren’t enough to fully fund the operation – SolarCity reports losses each year.

While the bonds are unsecured, the fine print notes that they are ‘senior unsecured obligations’ (p. 14) – meaning bond holders are closer to the front of the line to get paid if something bad happens. The bonds are equally important as all ‘existing and future liabilities’, but lower than any secured debt backed up with SolarCity collateral (as is probably expected, since they lose more if they default on secured debt).

But that’s fairly high; short-term return is high and short for a reason. The question remains, should you buy SolarCity bonds? Read on to find out.

Why Does SolarCity Offer Bonds? 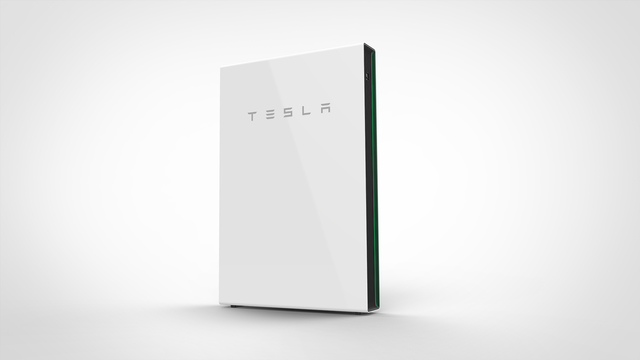 The answer is actually pretty simple. SolarCity needs money to continue funding their solar projects. They offered their first bonds in 2014 after they raised $92 million at their 2012 IPO. Since then, they have issued bonds each autumn.

As we noted above, SolarCity isn’t yet financially self-sufficient. Their revenues continue to grow like crazy (around 40% year over year), but their operating expenses grow even faster (double the rate of revenue growth) as they need to dig deeper to find customers, close sales, and grow their business.

Should I Invest in a SolarCity Bond?

Now we come to the ultimate question of the article: should you invest in SolarCity bonds?

It’s true that you can see a pretty good return on your investment in a decently short period of time. That’s great and no one can argue with that.

But those great parameters are a sign of the risk involved. SolarCity is unstable. As we saw above, they currently don’t make a profit (and historically never have). 18 months isn’t too long, but the earlier bonds lasted up to 10 years. A lot can change in 10 years, even the existence of companies in unstable industries.

If you feel strongly about the company and its leadership (which many do), and want to invest, these bonds should be a small part of your overall investment portfolio at most due to the high risk. If you’ve only got $5,000 to invest, certainly don’t put all your eggs in SolarCity’s basket (but that’s Investing 101). Word to the wise: only invest as much as you can afford to lose.

Beyond making you a nice little profit, SolarCity bonds allow you to back a company that is contributing to overall emission reductions and a healthier planet. How much this weighs into your decision is a matter only you can decide.

However, as we said above, we aren’t tax advisors and we certainly can’t give you real advice here. That said, we can point you to one of the best books of all time on evaluating investments:

Are There Other Environmentally-Friendly Investments?

If you’ve got a chunk of change burning a hole in your pocket and you want to invest it in a meaningful way, there are several options out there for you.

Check out green bonds, which are tax-exempt bonds that finance qualified energy-efficient, renewable building projects, sustainable water management, pollution prevention, and a host of other like-minded projects. The World Bank is one of the biggest issuers of green bonds, which issued more than $406 million in green bonds in 2016.

You could buy stock in clean tech or installation companies, including SolarCity and other national solar installers and solar panel manufacturers. The same advice that we’ve discussed here  applies to these investments as well. Be sure to research the company, know your own financial situation, and talk to your advisor.

Lastly –and you might have already done this – install your own solar installation! Even back in 2013, in many states installing solar saw a better return on investment than the S&P 500. Before funding other people’s projects, fund your own!

Did you consider or purchase SolarCity bonds? Let us know why (or why not) in the comments below!

What are the Best Solar Energy Stocks?