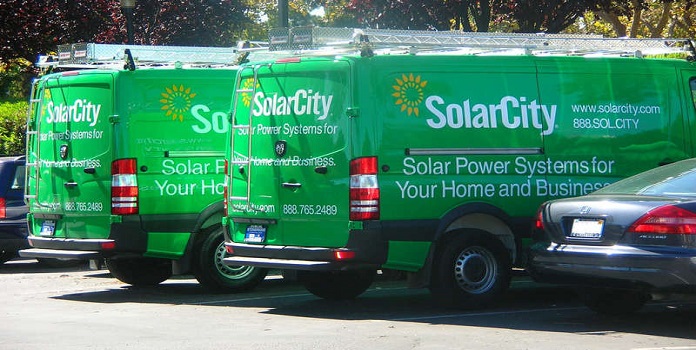 Is this well-known company a good choice for going solar in The Old Line State?

SolarCity is the biggest residential solar installer in the US. Most of us are familiar with them, and many of us have probably talked to a salesperson while shopping at Home Depot. But are customers happy with them? What are people saying in reviews of SolarCity's Maryland branches?

If you’re looking for information on whether you should work with SolarCity Maryland﻿﻿, we’ve got you covered! Below we outline their review scores, how they compare to other installers, and what actual customers have to say – both the good and the bad.

With SolarCity working in 23 states (as of October 2017), finding reviews specific to SolarCity’s work in Maryland can be a bit challenging. Most review sites allow users to rate SolarCity as a whole, not as a specific branch or state.

Because SolarCity has so many different branches, homeowner experiences can vary greatly. Some branches might be great all around, while others might provide excellent customer service and support but suffer from unprofessional installers.

How do we drill down to get a more localized understanding of SolarCity’s performance? Thankfully, we’ve got Yelp.

How much money can a solar roof save you in Nuevo León?

Profit from your roof space: find local deals on solar in your area, eliminate your power bill, and join the solar revolution.

Yelp is a very localized review platform, allowing users to leave reviews for specific branches of a business. This allows us to get a much more accurate picture of what working with SolarCity in Maryland is actually like. While the website says there are several branches operating in the state, we were only able to find reviews for one. Let’s take a look at what we found:

SolarCity in Beltsville, Maryland: 3 out of 5 stars based on 33 reviews

While there weren’t too many reviews as of this writing, we can see that SolarCity Maryland enjoys a score of 3 out of 5 stars, just above average. Let's dig a little deeper and find out more about what people are saying. 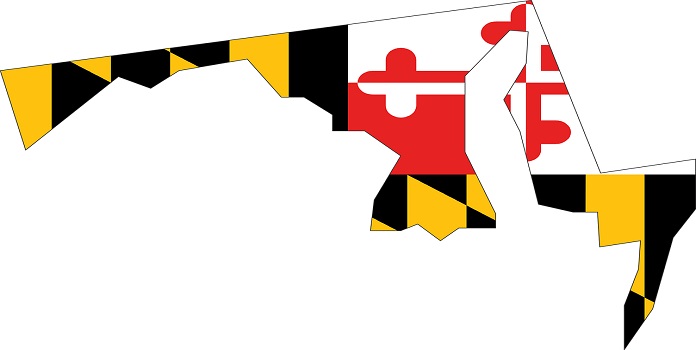 When you decide to go solar with any installation company, there are a lot of moving parts you don’t see. You talk to your salesperson to get the ball rolling, then your project moves through many different departments: design, project management, permitting (for both utility and city/county), installation, and inspections.

During each stage of the process – especially if something unusual pops up (you need new shingles, for example) – each department needs to constantly communicate with the others to keep your project moving forward.

Most homeowners have a great experience going solar. Their projects move along quickly and with little effort. But with so many moving parts, it’s inevitable that things occasionally go wrong. If a company is well prepared, they can take care of it quickly. But if something unusual happens and communication breaks down, or if staff aren’t well-trained enough to handle adverse events, projects can stall out and customers’ experiences quickly sour.

When we actually calculate out the weighted average, we find SolarCity Maryland’s actual score to be about 2.75 stars – Yelp just rounds up to 3 stars.

So, what are customers saying in these reviews? Let's find out.

Overall, many people complimented SolarCity on their relaxed sales tactics, the ease of the installation process, and customer support.

Here’s a review from Stephen on Yelp:

“The process was simple, our care specialist… was outstanding. She walked me through each step. The online tracking of tasks at mysolarcity.com was great. We are only waiting now for Pepco to do their meter inspection, then let the sun shine and the energy work. I highly suggest you contact [our care specialist], she provided the best customer service I have ever had.”

Here’s another review from Melanie, praising SolarCity for just about everything they could be praised for:

“What a great experience! From start to finish it took less than 8 weeks. Sales experience was great, no pressure. Customer service was on the ball, efficient and very responsive. Technicians were timely, professional and incredibly hard working. Our 60 panel system was even installed in one long day to prevent delay due to expected storms. Highly recommended!!!”

And here’s one more from Ernie, again complimenting SolarCity for every step of the process:

“I don’t usually leave Yelp feedback, but my SolarCity experience was so great, I wanted to share. 1) The Energy Consultant… was absolutely terrific and was able to expertly answer all my questions… 2) The install team was great. They worked two days through Maryland snow and rain to install 18 solar panels on my 3-story townhouse. I know of no other company that would do that. They were on time every time. 3) Lastly I LOVE the equipment and Internet-integrated software. I can see my real-time energy consumption, and real-time energy production, as well as production and consumption by day, month, and year. All this was 100% free to me. Great company, great experience.” 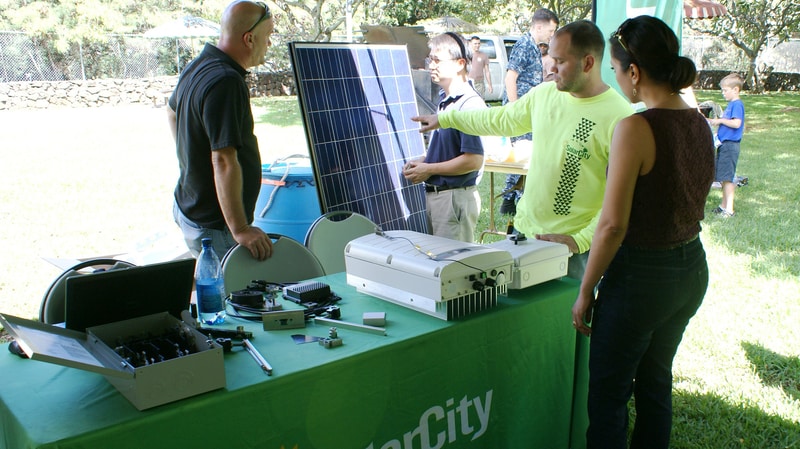 Of course, based on the star ratings, we  already know that SolarCity Maryland also has quite a bit of negative feedback. Below is a little from these reviewers. Like we expected, most discuss SolarCity’s lack of internal communication and projects taking much too long to complete.

Tom posted about how SolarCity’s poor organization and internal communication caused his installation to take more than 8 months:

“I have dealt with at least 10 individual solar city employees for various aspects of the installation (there is not 1 point of contact here) and end up dealing with more new people as the process drags on (some local, some on California time). The number of people on their side involved in this project means that all sorts of miscommunications occur because folks aren’t familiar with the project but for their one small piece. Hopefully the project ends smoothly and all this will be worthwhile.”

Another Yelp user, Kay, also complained that her panels had been installed 5 months prior and still weren’t turned on:

“Had these panels installed on my home in April. It’s August and we are STILL waiting for one thing or another. And when I asked to have my contract voided being that my service…never actually began I am told that I will be charged for removal. And since I have had them installed my electric bill gone down without the help of solar. I would like them removed and my contract cancelled.”

And one more review, this time from Qiongjie, complaining about a 6 month wait after the panels were installed (yikes!):

“the installation team is great, they get it done in one day. [W]hat is mad is their document processing time. They blame my local energy company for delaying the paper process, but when I called pepco I found out it’s not. The panels were installed in the mid of May, it was promised to be turned on around August. Right now it is Oct and I am still waiting. If you want to deal with these guys, you are dealing with a lot of pains. If you don’t urge them, you will probably never get it done. Save yourself some trouble, get another solar installation company.”

#5 How Does SolarCity Maryland Compare to Other Installers?

3 out of 5 stars isn’t much to get excited about, but it’s not terrible either. For a bit more context, let’s compare this score to both SolarCity’s nationwide review as well as to other installers working in Maryland.

Nationwide, SolarCity rates 5.4 out of 10 stars (equal to 2.7 out of 5 stars) based on 464 reviews on review platform BestCompany. You can see that SolarCity’s performance in Maryland is pretty close to the company’s performance nationwide.

To get a better understanding of how SolarCity Maryland compares to other installers operating in the state, let’s take a look at a few other companies on Yelp that have 6 or more reviews, starting with the highest rated and going from there:

Reviews for local solar companies run the gamut from a shockingly-low 1 star to a perfect 5. At 3 stars, SolarCity Maryland falls right in the middle.

#6 Should You Work With SolarCity Maryland? 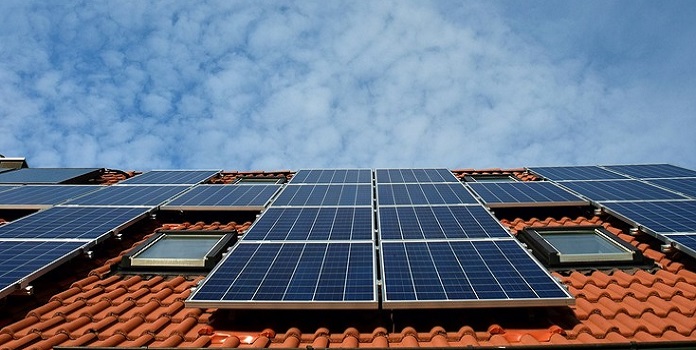 Compared to other solar companies working in Maryland, SolarCity’s reviews are right in the middle. As we’ve seen, some homeowners have a great experience installing with them, but others are left waiting 5 to 6 months to get their installation finally turned on.

SolarCity is known for having low prices, so if that’s your main concern (and competitive pricing​​​​​ should be close to the top of all our lists), it doesn’t hurt to at least contact them for an estimate – especially if you’ve got a personal recommendation from a friend or family member for a specific salesperson or someone on the project management staff.

However, there are other companies out there that seem to provide as good or better customer service, so don’t be afraid to get on the phone and get a few estimates. In fact, smaller companies on average charge about 10% less than large, nationwide companies like SolarCity. So take some time to find a few different installers and reach out to them – it’ll be worth it!