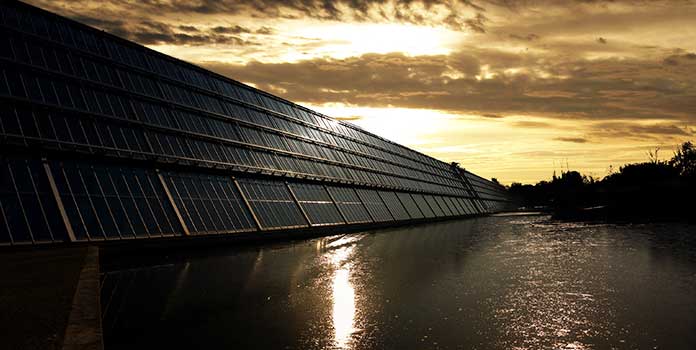 Before we get into Sunrun reviews, sit back while we tell you a little story. Way back in the late 2000s, before rooftop solar was really a ‘thing’, Sunrun CEO Lynn Jurich was setting up shop at county fairs and farmers markets, trying to entice homeowners to invest in the then-unheard-of solar lease, a financing type that Sunrun itself pioneered for the solar industry.

Fast forward to today and we see now that the solar lease was a defining moment for the solar industry. It allowed thousands and thousands of homeowners to go solar by avoiding that high initial investment the technology traditionally required. The lease allowed the solar industry to flourish and grow – at a singularly rapid pace.

Today, Sunrun is the 2nd biggest residential solar installer in the US, only behind the behemoth SolarCity. They support leases, loans, and direct purchases in cash and work in over 20 states from coast to coast.

While Sunrun was hugely important for the growth of the solar industry, no company can simply rest on their laurels. While Sunrun sees OK reviews from customers, they are still far from perfect.

If you’re thinking about going solar with the originator of the solar lease, you need to make sure that they’re the right company for you, especially now that solar leases are falling out of favor as more homeowners like you see the benefits of actually owning their system.

Below, we look at Sunrun reviews from actual customers, analyze what they have to say, what they liked, and what they didn’t like. We then compare their scores to other large installers like SolarCity, with the eventual goal of helping you decide whether working with Sunrun is worth it. 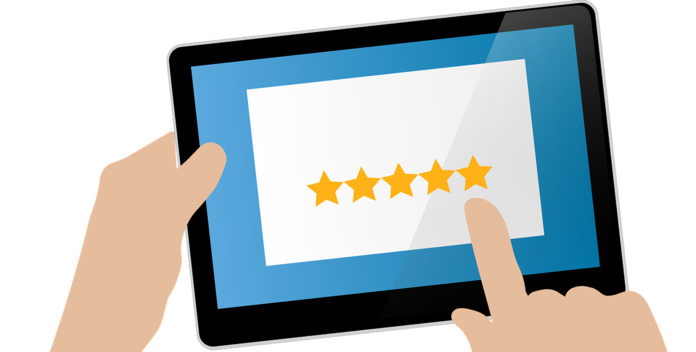 To kick things off, let’s take a look at Sunrun’s average customer review score on a few different sites. Overall, Sunrun sees higher scores than rivals, but they’re still far from perfect. Review information is accurate as of December 2017.

Overall, Sunrun actually enjoys pretty good scores on Yelp. Depending on the area, scores range from 3 to 4 stars – overall decent when compared to other big installation companies (which we do in a later section, so stay tuned).

However, something very interesting happens when we drill down into the actual review scores. We find that most homeowners either give Sunrun a perfect 5 star score or 1 star, with little in between. Case in point, here’s how the scores for their Novato, CA branch break down:

Compare the five and one-star reviews. You can see there’s actually more negative reviews than positive, and almost nothing in between. Yikes! Their San Diego branch, which at 4 stars is one of their best-reviewed branches, enjoys a much better distribution. To save space, let’s just look at the 5 and 1-star reviews:

You can see that, for the vast majority of customers, Sunrun provided a wonderful experience. However, even at their best-reviewed branch, a full quarter of their customers still left 1 star for their experience.  This is certainly a red flag, so let’s check another site to see if this pattern continues.

Just like on Yelp, Sunrun sees an average review of about 3 stars out of 5 on review platform ConsumerAffairs (of which Sunrun is a paying member). But again, just like Yelp, this average is a bit misleading. When you dig into the actual distribution of scores, a different picture emerges:

Again, just like on Yelp, most reviewers either gave Sunrun a perfect 5 or a dismal 1. And again, more reviewers give Sunrun a negative score than a positive one. But before we pound the gavel, let’s take a second to analyze these review scores and look deeper into a few customers’ comments. 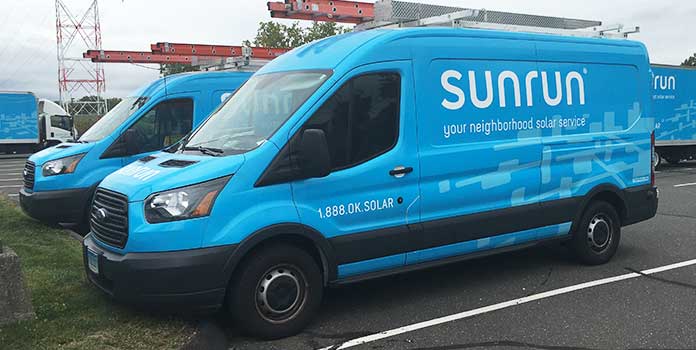 Here at UnderstandSolar, we review a lot of solar installers and we’ve seen the pattern above time and time again, especially for the big nationwide companies. Just like the others, Sunrun can (and frequently does) install quality solar while providing a great customer experience. Homeowners are well-informed and happy, and then leave 5-star reviews.

But for others, something goes wrong. Maybe the roof needs new shingles. Or your HOA denied the request. Maybe there’s more shading on the roof than they initially thought. (All are common issues in the solar industry!)

If a company (or company branch) is well-organized, communicative, and staffed with well-trained employees, they can take care of these problems succinctly and without much fuss. But if employees are too overworked to focus on a singular problem in depth (What’s one project when you have 200 on your plate?) or they aren’t trained on how to handle these problems, small bumps escalate into major ordeals.

Unfortunately, Sunrun just doesn’t seem to be able to handle each and ever problem quickly and smoothly, leaving many customers angry, bitter, and confused.

Like we said above, it’s not all bad. Customers love Sunrun when everything goes smoothly. They install good equipment, keep customers informed each step of the way, and offer decent pricing.

Here’s Darlene on ConsumerAffairs, after working with Sunrun via Costco:

“They kept us informed through the whole procedure which took about five weeks from start to finish. They gave us updates on where the things were with the building permit, etc. I had an issue and I contacted the site supervisor, and he fixed it immediately.”

And here’s Scott on Yelp with a similar experience:

“After getting ~6 quotes from multiple solar installers I am happy I went with Sunrun.  While they were not the least expensive they posed the best value (including warranties, maintenance, and new technology hardware).

Pricing and Financing was easy and competitive. Permitting took a few weeks but was all done for me. Install was only ~5hrs and they were happy to install equipment where I wanted it to ascetically keep my house looking great.”

And lastly, Kevin on Yelp:

“These guys are as good as it gets in the SOLAR world. The most thorough, updated, reliable people I have worked with in a long time. Extremely professional and no wonder they are the leaders in the Industry. I was skeptical at first from many bad solar reviews of other companies and just solar in general but wow this has turned out well.”

Just goes to show that Sunrun knows how to provide a great solar experience. 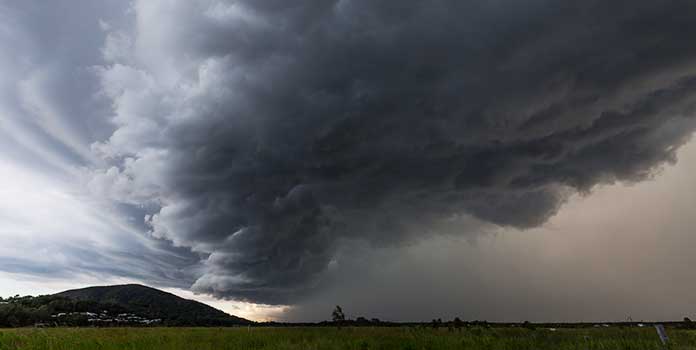 Of course, as we’ve seen, Sunrun has its fair share of complaints. They focus mainly on customer service and communications after signing the contract, but also stem from poor experiences with salespeople and/or overpriced installations.

Here’s Elizabeth on Yelp discussing Sunrun’s abysmal communication with her:

“This company is good at selling you on their great product and as soon as you sign on the dotted line…. they disappear into thin air. Unless you harass them with phone calls and damn near threaten them, they won’t return your call or send someone out.”

Here’s Todd on ConsumerAffairs discussing all the mismanagement and miscommunication when Sunrun’s billing mistake sent him to collections:

“Have your lawyer on speed dial if you are dealing with this company. They improperly billed, customer service admitted it, sent it to their billing department to fix it (they must be using an abacus because it has been months), and have now sent their collections department after me when they actually owe me! Every time I call a lovely person tells me they are going to fix it and it never gets done. If you have options I highly recommend finding another company!”

And here’s Rodney, again discussing a collections and billing mistake, along with the ensuing break down in internal communications:

I purchased a home with a Sunrun system. After about 3 months, I got a call from a Sunrun collection agent, demanding payment of an amount in addition to the direct debit lease payment. I asked for an explanation and, after some research by the agent, was told that the charge appeared to be wrong. This repeated three times, so I insisted that we switch to email and they direct debited my checking for the charge. Still no explanation. I feel like I have been mugged.”

#5 Sunrun vs Other Solar Companies 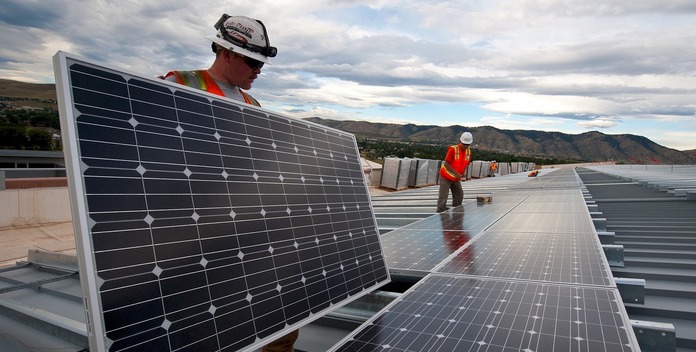 While the above certainly sounds frightful, Sunrun’s reviews are actually a bit higher than the other national solar installers. Here’s how they compare to SolarCity and Vivint (the other 2 biggest installers in the US) on Yelp for the San Francisco and/or Sacramento areas:

Take a look above and you can see that SolarCity and Vivint’s scores are lower than or equal to Sunrun’s. To be honest, though, all of the companies above suffer from the same polarizing pattern, review scores divided between perfect and terrible. Sadly, more reviewers gave all the branches above 1 star than 5 stars.

And just so we know that Yelp reviewers aren’t simply overly negative, here are the review scores for a few other national chains with branches in the San Francisco area, all with better reviews than the installers above:

(I don’t want to be overly negative, but when McDonald’s enjoys better customer reviews than the 3 biggest businesses in your entire industry, there’s a problem.)

If these review scores are starting to scare you away from the solar industry altogether, fear not! There are dozens of smaller, local installers also working in the northern California area (and in your area, too).

As small businesses with fewer customers, these companies oftentimes can provide more attentive service and support than the nationwide installers – and see much higher review scores because of it. Just to get your mind moving, here are three local installers in the San Francisco area that see great reviews:

That’s right, they all see a perfect 5 out of 5 reviews!

#6 Should You Work with Sunrun?

As we’ve drilled home, Sunrun can – and does – install great systems. They enjoy better reviews than the other big solar installers, but that’s just not saying much.

If you’re not interested in a solar lease (and you really shouldn’t be) and want the best customer service possible, definitely consider working with a smaller, local installation company. They oftentimes understand the area’s regulations better, work with a smaller group of customers, and don’t have the high customer acquisition costs that plague larger installers. All of this leads to faster installations, better customer service, and lower prices.

Moving forward with Sunrun doesn’t immediately mean your project will go south, but with so many other local installers out there with near-perfect reviews, why not choose a company with a much better track record?

Do you agree with our assessment of Sunrun? Let us know in the comments below.