Now Solar Can Work for Utility Bills Under $100 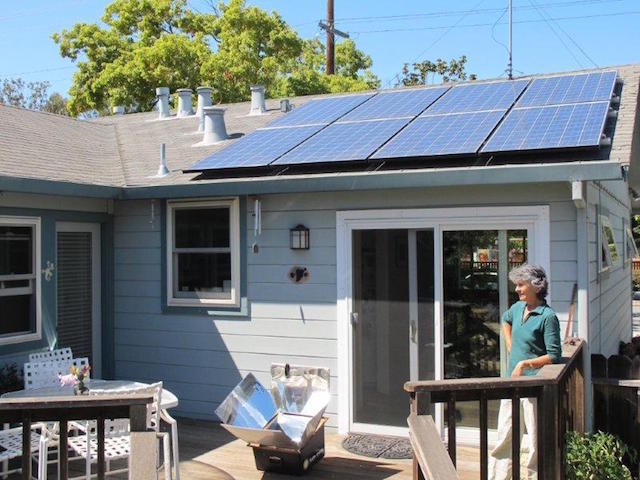 If you have an already low electric bill, of perhaps under $100 a month, any solar firm will tell you that it simply won’t pencil out for you to go solar.

It just won’t work for the solar company, nor for will it work for you as the potential solar customer. Instead of paying less for solar, you could wind up paying even more than you pay now to have to keep renting dirty power by the month from your utility.

Virtue is its own reward (not!)

But you are the very people who already switched out all the lightbulbs long ago! Surely you deserve dibs on front row seats at our solar future! The irony is that eco-minded electricity misers are the very ones locked out of the solar market. And this is a tremendous market failure, because many of the people who have the lowest electric bills are the best informed and the most enthusiastic about solar.

Now one non-profit organization has found a way to make the sun work for everyone, even those of us in this situation.

Solar for homes with utility bills under $100

The SanFrancisco Bay Area’s SunWork is a non-profit that installs solar electricity systems on small-energy-footprint homes with the help of trained volunteers. By operating as a non-profit and by using volunteer labor (under professional guidance, of course) Sunwork is able to make sun work for the energy-smart among us.

For now, as a Bay Area nonprofit firm, SunWork’s focus is on Northern California – but this is an idea that would work anywhere where utilities charge energy-spendthrifts a higher rate per kilowatt hour than they charge the energy-frugal. So the Sunworks model could work in all of California, or within any utility district with tiered rates based on usage.

There are some limitations. They can’t do expensive installations; ones on roofs with over 26 degrees of slope. Nor can they install of flat roofs because the tilt up support structure for these is more complex.

And there must be easy access to the roof from the ground or from inside the home. so that materials can be simply handed up by people from one level to the second level. Otherwise, they would need to use a crane which makes it too expensive.

The roofing material cannot be tar and gravel, wood shake, metal shake, cement tile or clay tile. It has to be asphalt or composition shingle – which is a pretty commonly used roofing material. But still, all these limitations are what makes it possible to do the smaller solar systems that are relatively more expensive to install and to make that work out for all homeowners to go solar.

One of the unusual aspects of SunWorks is that the home owner is allowed to help out as well – if they’d like to. Under the careful guidance of SunWorks Project Lead Marc Fontana (whose extensive solar background includes college level solar instruction) even the most inexpert is able to experience the thrill of going off the grid first hand, by helping with  some of the more routine and simple aspects of the install. This is a very different approach than most solar firms!

Customers are unfailingly enthusiastic over at solar reviews where the firm gets a 4.98 rating out of 5 – among 97 reviewers:

“I worked with Sunwork for a 4.1 kW system that was just installed on my home. My electric usage is low enough where it was difficult to see a PV system as money well spent (if considering only the economics of it), but the Sunwork model made it a much better equation. Marc from Sunwork led the installation, and several trained volunteers showed up to help with the installation. I had attended a Sunwork volunteer training session as well, which taught me the basics of installation, and helped me choose a system design that worked best for me. I enjoyed helping with the installation as well and I know a lot more about my PV installation than I did a few days ago. The entire system was installed and hooked up in two days, and the City inspector liked the attention to detail that Marc provided. Sunwork provided a lot of guidance with the City-required PV interconnection agreement and the rebate forms that really facilitated the whole process. I”m very pleased with how this worked, and would highly recommend Sunwork.”

“I couldn”t be any more happier with the Solar install at my house. Marc offered intelligent, unbiased advice during the Sales process. Did meticulous implementation. And followed through with the City approval and ensuring that the system was functioning properly by remote monitoring. Would recommend SunWork and Marc anytime. Go green and do good for the environment.”

“I’m very glad that I found out about SunWork. I live in a townhouse and my electric bill is about $30/month. Two of the big solar companies refused to even give me a quote, one because they don’t do townhouses and the other because my electric bill is too low. Two other big solar companies gave me quotes that were much higher than SunWork’s price.”