What is the Tesla Model X Price? 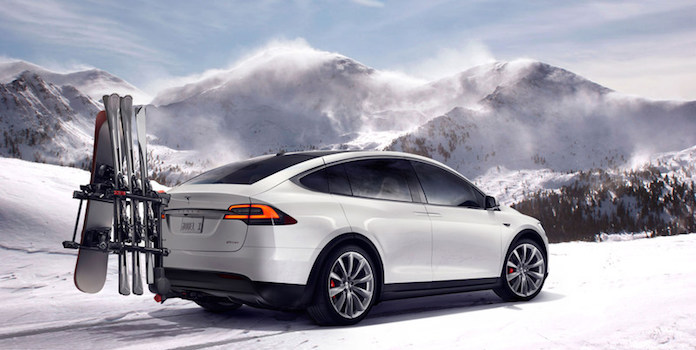 Science fiction has become reality with the Tesla Model X, but at quite a price

If you want to know about the Tesla Model X price, you have a wide range of options. Just like their other vehicles, Tesla offers a variety of upgrades and add-ons that jumps the price from $79,500 for the basic model to upwards of $155,000 for the performance model with all the bells and whistles.

If you want to know about the Tesla Model X price, the sky’s the limit. Just like their other vehicles, Tesla offers a wide range of upgrades and add-ons that jumps the price from $79,500 for the basic model to upwards of $155,000 for the performance model with all the bells and whistles.

Of course, with the performance model (P100D), you’re getting the fastest production SUV in the world – a car that can hold its own off the line when pitted against Lamborghinis, Ferraris, and McLarens.

Let’s take a look at the Tesla Model X cost, what you’re getting, and how it compares to other performance and luxury cars. 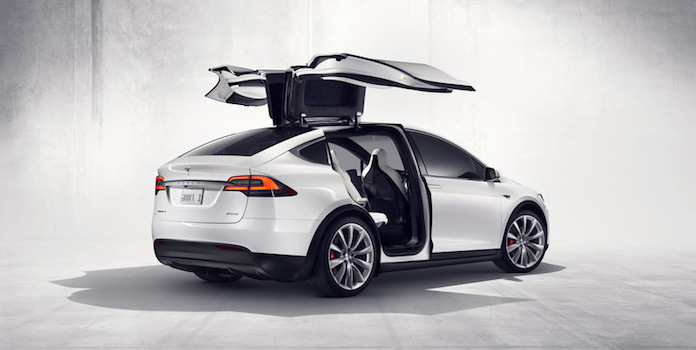 So, how much is a Tesla Model X? It depends on what you want with it. The most basic Model X, the 75D, costs $79,500. Taking into account the federal tax credit for electric vehicles, worth $7,500, your price drops to $72,000. If your state, city, or county offers additional tax credits or rebates, your price could be even lower. Colorado, for example, offers tax rebates for ‘alternative fuel’ vehicles with a cap of $6,000.

For this price, you get a 75 kilowatt-hour battery that’s good for an astonishingly-high 237 miles (head over to our article The Rundown on 2017 Electric Car Costs to compare range among electric vehicles) and all-wheel drive, as well as other features that feel like a premium package, but come standard:

Tesla produces supercars, so of course we have to look at the performance stats of the standard 75D as well, which really doesn’t look too standard:

If you’ve got a hankering to spice up your Tesla – they’re known for their add-ons and upgrades – you can spend money on everything from performance to heated seats. First, let’s take a look at the major performance upgrades.

All the standard options listed above for the 75D also come with the 100D. 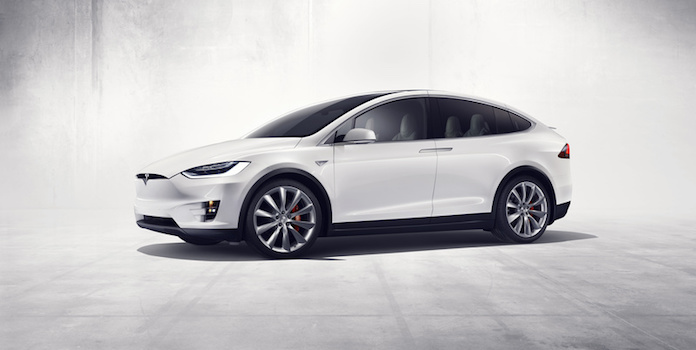 Tesla’s top-of-the-line Model X uses the same 100kWh battery bank as the 100D, but that ‘P’ stands for performance, and it is up for the task. This version goes from 0-60MPH in just 2.9 seconds thanks to what Tesla calls the “Ludicrous Speed Upgrade”, basically a fuse that allows the car to safely pull more electricity, and therefore power, from the batteries at one time.

Of course, you’re paying for shaving acceleration almost in half, to the tune of an extra $44,000. With this upgrade however, you get a host of other goodies as well. Along with the performance, you get the Premium Upgrade Package, which includes Bioweapon Defense Mode, HEPA air filters, premium sound system, upgraded interior, and many other bonuses. See below for more info on all these.

How about the add-ons?

Tesla offers a whole selection of additional comfort and driving upgrades. If you purchased the 75D or 100D, you could spend an extra $20k if you purchased all the add-ons that are available:

Six seat interior: $6,000. An additional row in the back for 2 additional seats, with the middle row replaced by 2 bucket seats.

Seven-seat interior: $3,000. An additional row in the back with 2 extra seats.

Note: To reiterate, the P100D comes with this package as standard.

Enhanced Autopilot: $5,000. Additional 3 cameras and 12 sonar sensors. With this upgrade, the car will match traffic speeds, stay in your lane, automatically change lanes, change freeways, exit freeways, park itself, and come to you when you call it from the garage.

Full Self-Driving Capability: $3,000. Adds an additional 4 cameras, for a total of 8. With this upgrade, your Tesla will take you wherever you tell it to go or go home automatically if you don’t give it a destination. If there are Superchargers nearby, your vehicle will stop automatically and fill itself up – you don’t even need to get out of the car.

The self-driving capability is obviously hot right now but has yet to enjoy regulatory approval across the board. For many of us, even if we purchased this upgrade, we couldn’t use it just yet. Note: This upgrade requires the Enhanced Autopilot upgrade.

How does the Tesla Model X price compare to other Teslas?

Whether to order a Model X or Model S is really up to personal preference, as both come with AWD, performance upgrades, optional extra seating, and autopilot capabilities all for about the same price. The Model S does see a bit more performance (faster acceleration, higher top speed) than the Model X thanks to the greater aerodynamics and lighter weight of the sedan.

The Model 3 is Tesla’s new ‘budget’ offering, a fully electric family sedan for $35k – less than half the price of Tesla’s other 2 offerings and much more in line price-wise with most other electric vehicles on the market.

What you get for that price is a very well-stocked electric vehicle: 220 miles of range for the base model (an incredible deal at that price) and 0-60 in 5.6 seconds, with a top speed of 130MPH.

While both the Model 3 and the Model X are produced by the same manufacturer, it’s hard to actually compare the two. One’s an expensive performance/luxury car. One’s a mid-priced family car. They’ll likely appeal to two very different buyers. If you’re interested in purchasing a Tesla, you probably already know which one is right for you.

Compared to other cars 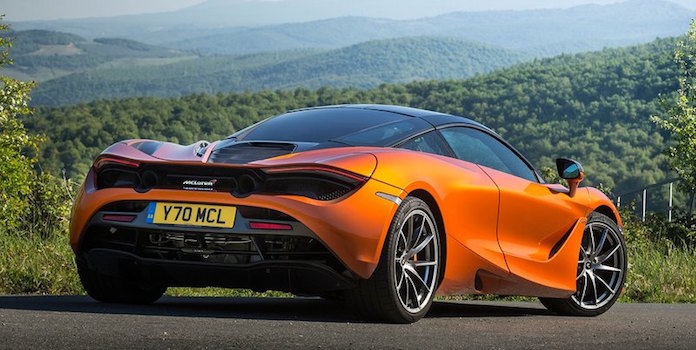 We now know how the Model X compares to Tesla’s other cars. Now let’s compare the Model X P100D to other popular performance cars. If all you’re interested in is speed, Tesla’s got you covered on acceleration, but the electric motor leaves something to be desired on top speed. However, it’s also much cheaper than most of the others.

You can see that, for top speed, the Tesla is far behind all the others on this list. But if you’re looking at acceleration, the Model X is right in the middle and the 2nd least expensive on this list.

Performance isn’t everything, though. You also have to drive this thing around town as well. With that in mind, let’s now compare the Model X to other high-end, luxury SUVs.

Instead of focusing on the cars’ speed, let’s instead look at Car and Driver’s overall score for each car, which takes into account performance, comfort, and value.

We compared the P100D above, because if you’re buying the P100D, you’re certainly interested in performance – i.e. speed. If performance isn’t your main priority, you’ll probably be looking at the 75D as a good mix of luxury and cost while still packing a punch when you press the pedal.

The Model X 75D received 5 stars from Car and Driver – similar to the more expensive Range Rover as well as the much cheaper Audi Q7. However, looking at speed, Tesla has them all beat. Exactly what that’s worth to you in a luxury SUV is a matter of personal choice.

The Model X straddles that line between a performance car and a luxury vehicle, though probably a bit closer to the luxury side than Tesla would care to admit. At that price point, you’re getting a lot of car, and a lot of power. The Model X is certainly a beautiful car, even more so since it’s completely powered by electricity. And while it is quite a bit of money, when compared to other similar cars, it’s actually not too bad. Bottom line: they’re all expensive.

If you are itching to add this vehicle to your garage, have a look at our posts about home charging and a realistic look at the cost of charging an electric vehicle, to be well prepared before driving this beauty home.