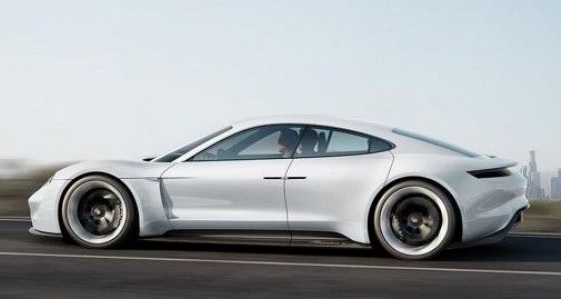 Unlike Tesla, whose SuperChargers are (mostly) free, Porsche is making owners pay up

For their new all-electric Mission E, Porsche recently announced they’ll be building their own supercharger infrastructure. The super-powerful, 800 volt superchargers will be available at Porsche dealerships across the country and, at that size, offer 250 miles of range in about 15 minutes. That’s twice as powerful as Tesla’s 400 volt SuperChargers, which take about 30 minutes to charge up. To put it mildly, Porsche superchargers are crazy fast.

These superchargers aren’t the only EV equipment Porsche is unveiling. Along with the superchargers, Porsche’s parent company Volkswagen is installing an additional 650 fast charging stations across the US, including at Walmart and Target, via their subsidiary Electrify America. Of course, on top of these two options, Mission E drivers can also install their own, slower charging stations at home to top off the batteries while they’re sleeping.

Why so many different charging options? For any electric vehicle (EV) manufacturer, it’s all about combating the dreaded ‘range anxiety’ – the bane of the EV market. 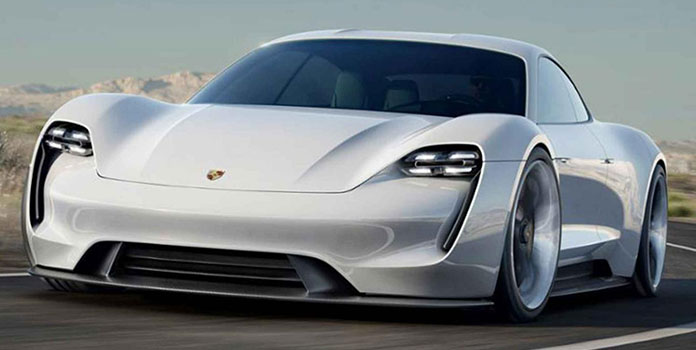 Despite most of us in the US driving just 37 miles a day – well below what even the cheapest EVs can handle – range anxiety (that fear of running out of juice in the middle of nowhere) still plagues the electric car market. Of course, this fear isn’t without merit. Consider that:

EV makers are doing an incredible job of increasing the range of electric vehicles. What was once limited to 60 or 70 miles is now regularly pushing 150 – 220 miles thanks to better, more efficient battery technology and car design.

The Mission E enjoys an absolutely staggering 300 miles of range. That’s almost 1/3 more than Tesla and, unless another manufacturer spits out something truly revolutionary in the next year, will likely be the highest range among all EVs when released in 2019. With 300 miles being close to many gas-powered cars (including my own), Porsche is hitting issue #1 out of the park.

And Porsche’s charging infrastructure is designed to tackle issue #2 as well, installing chargers wherever makes sense: in their own dealerships and public spaces and storefronts. Have they addressed issue #2 to the point where it is no longer a concern? 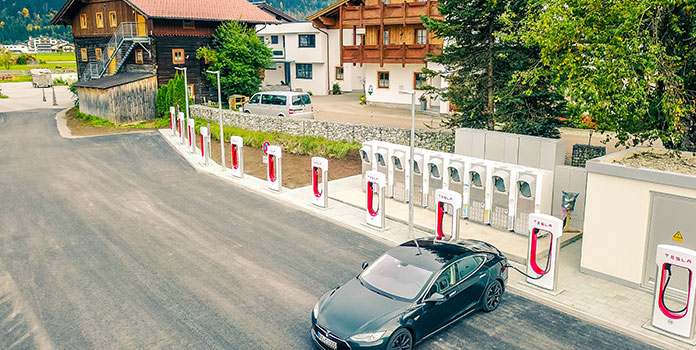 Back in 2012, Tesla famously began offering their drivers free electricity at their supercharging stations. EVs don’t require as much maintenance as conventional vehicles (no oil changes, for a start!), and Tesla made the customer-loving decision to cut the day-to-day cost of EV ownership even further.

Porsche however recently announced that they won’t be offering free power for Mission E drivers. When asked at their annual press conference if they’ll charge for power at their chargers, a Porsche rep replied:

“Yes, we want to earn money with the new products and services. Of course. Yes.” The rep continued, “Yes we try to do this [bill from day one] of course. We can invest in the beginning but after two or three years you have to be profitable with the new services, of course.”

That’s a lot of ‘of courses’. Porsche makes it sound like there’s no other option than to have customers pay, even if Tesla has been doing it for years. Of course, no company can indefinitely subsidize their customers’ purchases and even Tesla recently began moving to a paid model. In 2017, they announced they would no longer offer indefinite free power. Instead, they offer 400 kWh of free charging each year, with a nominal fee tacked on after that.

However, on finding that free charging was a major source of customer satisfaction, they reverted to offering free charging for 5 new referrals from each existing customer.

Why would a company be willing take a financial hit like this? Tesla is focused on short-term growth: get people excited, open to, and familiar with electric charging, then take steps to make it financially sustainable. It’s a move brought about by the reality of the EV market. It’s nascent, with technology that is unfamiliar to almost all of us.

Throwing perks like free fuel at us helps us feel comfortable – and even excited – to jump that initial hurdle, deal with the annoyances, and alleviate the range anxiety collectively plaguing us.

Any operation needs profit to be sustainable, but Tesla (and their investors) are used to pumping cash into research and a better customer experience with the hope of financial reward in the future.

Will people be willing to pay to use Porsche SuperChargers? 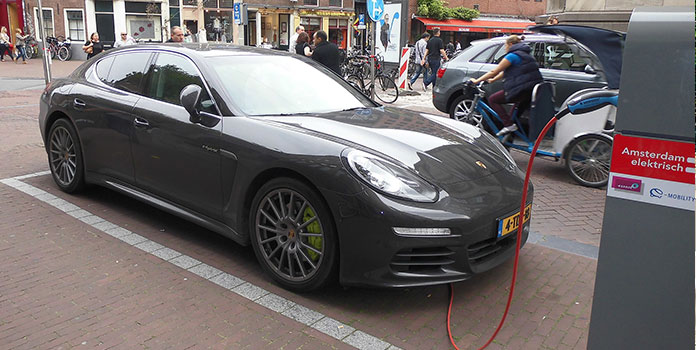 Porsche, as opposed to Tesla, is taking a different tactic, opting to make a profit from the get-go. On top of that, Porsche plans to charge around the same price for charging as gasoline. With fuel savings a major benefit to EVs, that’s cutting out a huge draw to the new technology.

Being the first legitimate player to the now-exploding EV market, Tesla set the stage early on for superior levels of customer experience in the high-end EV market. They offer great customer service, free power, and a welcome into an exciting, vibrant community helmed by one of the great businessmen of our times.

Now, you might be wondering if Porsche’s business decision to charge for EV charging is just a quirk of European car manufacturers, well-known for high fees for all manner of extras, from BMW charging $80/year for Apple Carplay (which comes free with almost all other vehicles) to Porsche’s $700 red instrument dial. Porsche is simply doing what it knows to do. Provide an extra service? People gotta pay for it.

And while Tesla is charging Model 3 owners for electricity, unlike Porsche, Musk has promised that it’s not a profit maker. However, we’ll have to wait and see whether future EV customers, used to Tesla’s perks and excitement, are even interested in this new system.