What are the Primary Types of Solar Power? 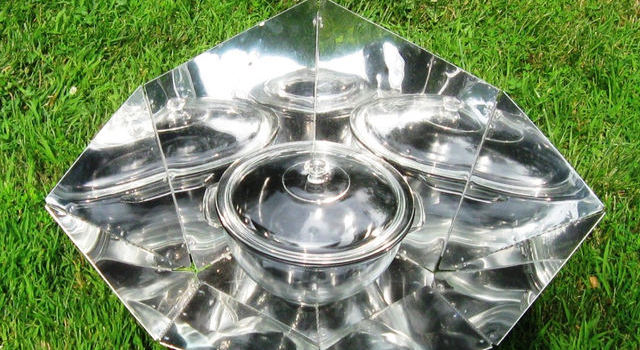 What do we mean when we talk about the different types of solar power?

After all, all solar power comes from the sun, what else is there?

When we discuss types of solar power, what we’re really talking about is the different methods of harvesting and using the sun’s energy. With solar power, we can warm a room so we’re nice and cozy, heat water for our showers and baths, create electricity or even cook food! Today we’re going to focus on ways to create or harvest energy using solar power.

There are two main types of solar power – photovoltaic solar and thermal solar.

These days, photovoltaic solar is what we picture in our heads when we think ‘solar’ – the blue solar panels on people’s roofs that are becoming more and more ubiquitous.

There are many different types of PV solar panels, differentiated by the materials they are created with:

The light-sensitive element silicon is the 7th most abundant element in the universe. The overwhelmingly vast majority of solar panels you see as you drive down the road are silicon panels. Silicon panels are fairly efficient (can convert 15% to 18% of all the sunlight that hits the panel to electricity) and are cost-effective, making them the ideal solution for residential and business installations. 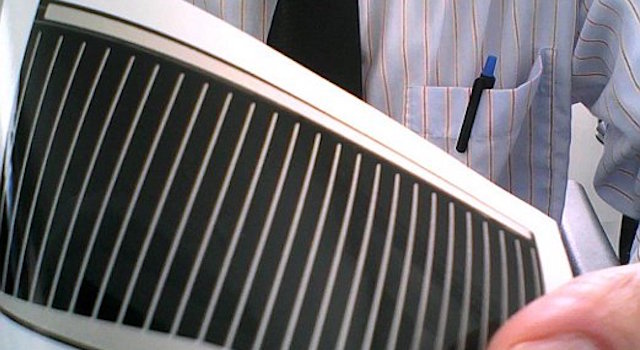 Thin-film solar panels are just that, very thin solar panels that are oftentimes flexible. They are cheap and easy to produce (compared to silicon panels) and are used in small applications like backpacks and small battery chargers.

The term “thin-film” is a catch-all for a variety of solar panels made from different materials – including silicon, cadmium, and Perovskite (to name just a few) – that share similar characteristics. At 7% to 10% efficiency, they’re not as efficient as silicon panels, but it’s an exciting time for thin-film panels, as universities and labs are constantly making new breakthroughs in efficiency and materials. As interest and research ramps up, many in the solar industry see thin-film making a big splash fairly soon. 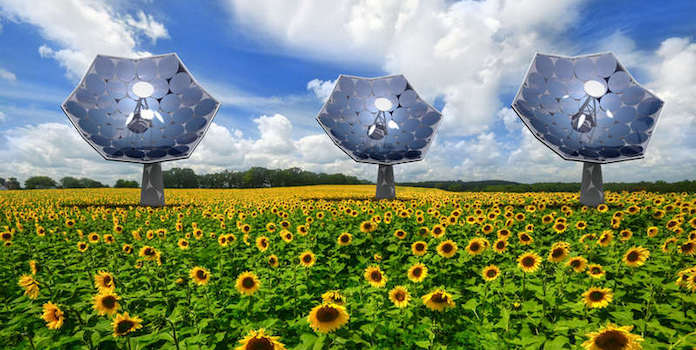 This type of solar is not as common except in large-scale applications. Picture a big magnifying glass over a PV solar panel. The magnifying glass concentrates the sunlight onto a small solar panel, increasing its efficiency and electricity output. CPV is a newcomer to the solar industry, with installations focused on utility-scale solar farms. In fact, the world’s biggest CPV installation is just 80 megawatts, compared to the world’s largest PV solar farm of 650 megawatts!

Heating Up with Thermal Solar

While PV solar creates electricity, thermal solar uses sunlight’s high temperature to heat an object. Thermal solar is the world’s oldest system of harvesting sunlight. For thousands of years we’ve been placing our homes’ windows and openings facing south (or north if you’re in South America or Australia) towards the sun to allow its heat to warm up a room so we can get snuggly inside. Roman bathhouses even had large south-facing windows to let in warmth!

Of course, many homes today still use this simple strategy to heat space efficiently and cheaply, but we’ve come a long way since then and thermal solar is now used to heat water and create electricity.

Unlike PV solar panels, thermal solar panels don’t create electricity. If you live in the western states, you’ve probably seen these. They are the tall solar panels you might see propped up on your neighbor’s roof that look like they’ve been there a while.

Thermal solar panels look similar to PV panels, but inside there is a series of tubes filled with a liquid (typically oil or anti-freeze). As the sun beats down on the panel, the liquid in the tubes heats up and is piped into the house to preheat water before entering the water heater. Preheating the water means the water heater requires less fuel, saving you money.

Telltale signs that the solar panels you’re looking at are, in fact, thermal panels and not PV panels include: 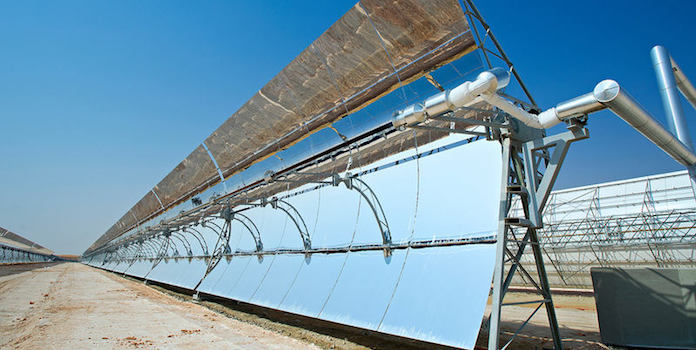 Not to be confused with its cousin CPV, CSP works on similar principles. The most common CSP set-up is the ‘trough system’, wherein a pipe filled with liquid is run through a long trough that looks like a half-pipe. On the inside of the trough, mirrors reflect sunlight all over the pipe, superheating the liquid inside up to 750 degrees F! That liquid is then piped away from the mirror trough and allowed to boil water, which turns into steam and runs turbines that create electricity.

As you can imagine, CSP doesn’t lend itself well to residential applications. There are a handful of large CSP solar farms in southern California that provide electricity to large utilities operating in the state.

When we differentiate solar energy systems into photovoltaic and thermal, we are really differentiating along two characteristics of sunlight: photons and heat. PV solar uses the sun’s photons to create electricity, while thermal solar absorbs this energy to warm objects.

However, there’s another equally correct way to organize solar energy systems that many people use: passive solar and active solar.

And it’s as simple as that. The types of solar power are simply the different ways we capture and process sunlight. Have any questions or feel like we left something out? Add them in the comments!