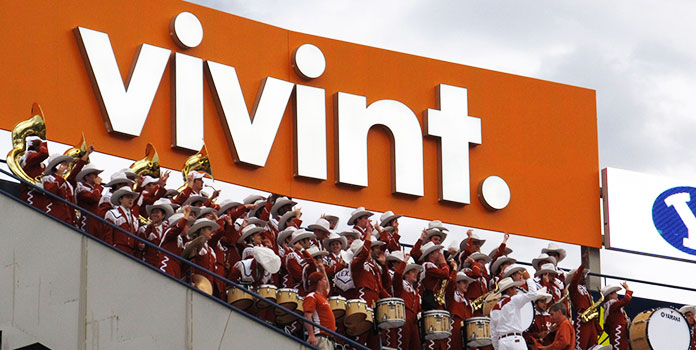 Are you thinking about going solar with Vivint, but concerned about their terrible reviews?

Are you concerned about Vivint complaints? While we aren’t happy about what we find, we’ll tell you exactly what Vivint customers have to say.

First off, let’s get something straight: we don’t like to disparage any solar company. At UnderstandSolar, we’re people dedicated to solar energy. We want to see solar flourish on every housetop. And by extension, we want the solar industry and all its installers to flourish as well. You can’t have a solar installation on your roof without solar companies to actually put it up there!

But we’re also dedicated to helping you have the best experience going solar that you can. That’s why we write so many reviews of solar installers, assessing their products, costs, and – most importantly – customer reviews.

If you’re curious what people have to say about Vivint, we’ve got you covered. Let’s dive into the most common Vivint complaints, from actual customer reviews, and try to figure out what is going on.

Note: Remember that Vivint doesn’t just work in the solar industry. They also install home security and automation systems. Today, we’re only focusing on their solar business. If you want to read about their other offerings, check out our articles Vivint Home Security Reviews: What are People Saying? and Vivint Thermostat Reviews: Element Users Sound Off 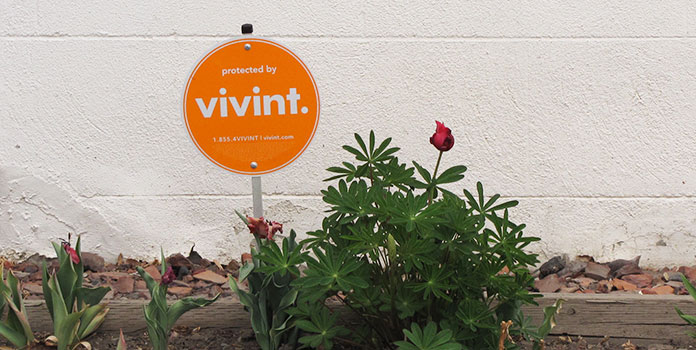 Thankfully, it’s not all bad though:

While Vivint does suffer from some abysmal scores, honestly it’s nothing out of the ordinary for nationwide solar installers. Both SolarCity and Sunrun suffer from very similar ratings (though Sunrun is typically the highest of the three).

And like most big installers, Vivint’s scores are quite polarized. Customers either love working with Vivint or absolutely hate it. In Concord, CA for example, the distribution of their reviews plays out like this:

Why Are Vivint’s Scores So Low? 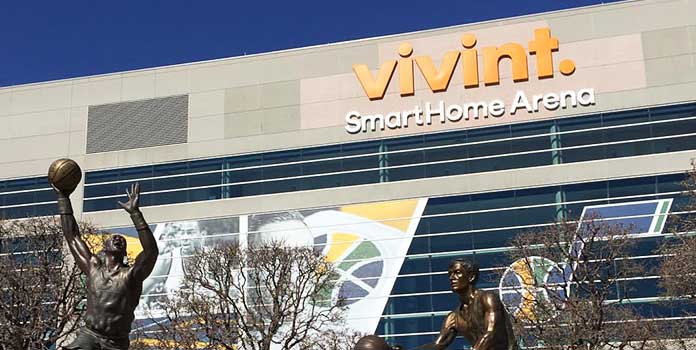 All nation-wide solar installers suffer from the ‘review polarization’ that we saw below. Customers either love ‘em or hate ‘em. Why is that? It’s partially human nature: customers only go online and write a review if they had a particularly great or poor experience. But why are so many customers having a poor experience in the first place?

Consider the following facts that affect a homeowner’s solar experience:

To put it simply, big solar companies like Vivint grow more quickly than they can handle, with customer service falling by the wayside as a result. They certainly give lip-service to providing a great customer experience, but with under-trained and overworked employees, ‘problem’ projects can stall, especially when your customer service rep has 150 other projects that need their attention (and yes, that happens!).

Okay, now let’s take a look at the most common Vivint complaints, with quotes from actual customer reviews. First, we’ll identify customers’ greatest concerns, then go deeper into each one. Here’s a quick list of the most common complaints:

Now let’s go a bit deeper into each complaint.

Vivint is well-known for their neighborhood canvassing and door-to-door salespeople. As with any sales process, the customer experience greatly depends on the individual salesperson. While many Vivint customers report working with a knowledgeable and honest salesperson, others complain of disreputable and discourteous sales tactics.

Here’s Jared from California, discussing the salesperson that came to his door for a 2nd time:

“A few days later, he came back when I was home. After listening to his introduction, which included a lot of language designed to confuse me as to whom he worked for (“we’re working with the state and with PG&E to get everyone converted to solar”) I asked him to leave and informed him he would be trespassing if he returned. He copped a huge attitude and said I wasn’t listening. In fact I did listen, but it’s my house so I get to decide when to stop listening to complete nonsense.”

This is a very common complaint. Reviewers consistently rebuke Vivint for all manner of missed appointments, from sales calls to maintenance visits.

“So far, it has taken forever for them to do the repair, and they are horrible at following up with you. You have to call them if you want any information or update. It is very rare that they will call you back. They have the worst customer service, they flake on your appointments and they keep telling me my system is back online when it’s not.”

Randy had a similar complaint:

“Last year I contacted this company to have a representative discuss with me the possibilities of Solar Power. A date and time was set. The representative showed up not only a day early but 3 hours earlier than the time scheduled. This year I called again for an appointment. I received an email back stating the date and time that the representative would arrive. 2 hours after the scheduled time, I emailed the scheduler back and told him that no one had arrived. 1 hour later the sales rep called and said he could come later that afternoon. We declined.”

Frustrated customers routinely complain about extremely long waits (sometimes upwards of a full year) to turn their system on after the installation is complete.

While utilities must give approval before you can turn your system on and sometimes this can cause an installation process to grind to a halt, it is not the only reason for delays. Vivint customer Nick notes that his system failed safety inspections twice because of Vivint’s poor installation practices:

“We entered into our agreement with Vivint on October 10, 2013, OVER A YEAR AGO. As of today’s date, the system has still not been properly installed, inspected, and made operational. The system has failed inspection TWICE due solely to Vivint’s mismanagement and mistakes, and still has not passed inspection.”

Unfortunately for some customers, poor communication doesn’t end even after the installation is complete. For homeowners who purchase homes with a Vivint system already installed, have repair/maintenance requests, or discover billing issues, working with Vivint’s customer service can be a nightmare.

“Zero follow through. I can’t tell you just how frustrating it is working with this company. The actual human beings that answer the phones are very sweet and supportive but the customer is most definitely NOT a priority. We bought our home with this contract already in place. We had to call 2 times a week for 2 months until finally they made the transfer into our name. Of course by this point we owe for two months of service, which we have yet to get a bill for…”

“They make Comcast look incredible! I have had problems with my solar panels since February (its December), they have sent out at least 5 repair men with no communication what so ever and no resolve and at times they make appointments with me and don’t show up. They told me, they will call me with an update and haven’t done so once! I always have to call them for an update.”

This is a surprisingly common complaint (though not frequent by any means) considering the gravity of the issue. Because rooftop panels must be connected to your roof rafters, drilling and bolting through your shingles is necessary. These holes must be properly covered and sealed with a mix of gaskets, sealant, and flashing so as not to leak.

If a solar system is properly installed, there should be no leaks. If not performed properly, water leaks can result. Here’s one more reviewer on Yelp, describing both his roof leak and the poor customer service that followed:

“New roof installed a few years ago…about 4 yrs. Soon after we had VIVINT do Solar on the roof. This last big rain, yesterday, we noticed a huge leak in a window sill. I called my roofing contractor and he came right out. We tested and tested and tested. The window is not leaking, the water is coming from above the window frame through the sheet rock. Directly above the window is a solar panel…there is a footing for the solar panel 6-8 inches away from the leak, just above the window! He said “get them to come out and lift the panel and I will do a mastic footing to fix the issue.”

I call the support number and they will not dispatch anyone until the 28th! … I explained it is currently destroying the sheet-rock! NOTHING! I want this crap off of my roof now –  WORST COMPANY SERVICE EVER.”

What Can Vivint Change to Avoid These Complaints? 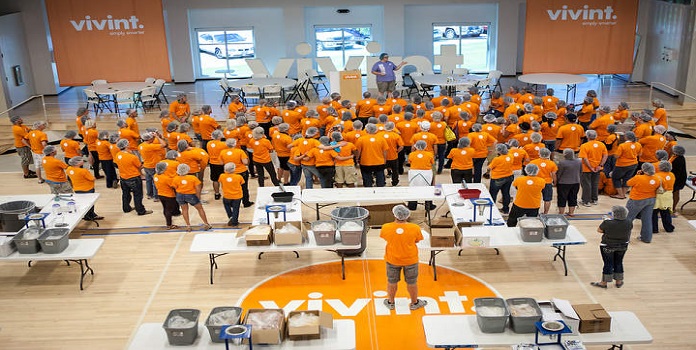 Most of the issues above stem from poor customer service, specifically around communication and consistency. Vivint regularly misses appointments without warning, fails to actively update customers on their projects, and allows projects to linger in development.

Good customer service isn’t just about hiring nice, friendly employees – it’s also about training them to do their jobs well and giving them manageable amounts of work. Vivint – and many other solar installers – apparently haven’t figured out how to do that yet. Until they do, we really can’t recommend working with Vivint Solar.

For an overview of all of Vivint’s reviews (not just the bad ones!), read our article Vivint Solar Reviews: What Are People Saying? For more information on finding a great installer, check out 6 Tips for Finding Good Solar Contractors and Going Solar.

Do you agree with our assessment of Vivint Solar? Let us know in the comments below.