Can Oil Companies be Forced to Switch to Clean Energy?

A Danish oil company is bringing the first offshore wind to the US.

DONG Energy is building a massive offshore wind farm 15 miles out to sea south of Martha’s Vineyard. Their humungous 1 GW Bay State Wind project is likely to go ahead while previous attempts at developing offshore wind in the US failed.

The US has now lagged about 25 years behind Europe in developing offshore wind power. Despite being the world leader in wind generation (as well as second only to China in capacity) onshore, the US has been stalled for at least a decade – offshore.

Wind NIMBYs like the former Ted Kennedy were able to stall the development of the offshore wind entirely, when Cape Wind tried for over a decade to build an offshore wind farm near Martha’s Vineyard. But that holdup is about to be changed, and by a company that started out in the oil business.

The Danish firm, Dansk Olie og NaturGas, or as it is better known; DONG Energy has become the world leader in offshore wind development, with 25 years of experience building offshore wind farms in the North Sea, and is a $10 billion a year company, so it is well able to overcome the problems that have beset the previous attempt by Cape Wind to develop some of the best offshore wind potential in the US. At 1 GW, the project, Bay State Wind will generate as much power as a nuclear plant when all the turbines are in place. 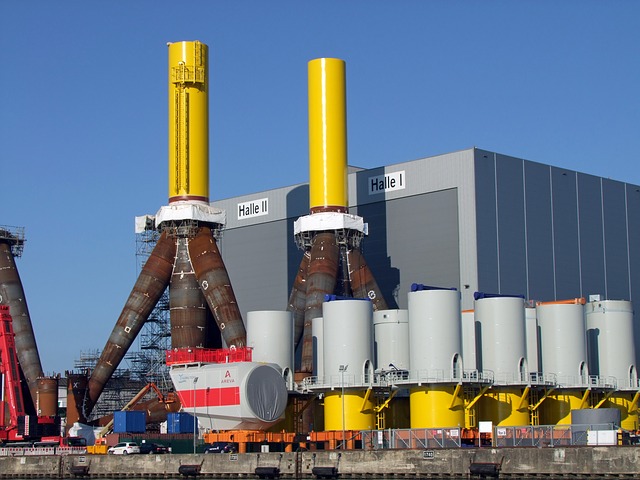 And the turbines would be state of the art – far more powerful than onshore turbines. Though they have not announced the size, they have said there would be 100 turbines and 1,000 MW, so that adds up to 10 MW turbines – wind turbines of this capacity are only now beginning to be installed in Europe’s North Sea.

But what gives Bay State Wind a better chance of success is that it is sited out of sight. You pretty much can barely see a structure the size of even a 10 MW wind turbine at 15 miles away. With Dong Energy’s experience, they can build far further out to sea than Cape Wind could as a startup.

Why would an offshore oil company get into offshore wind?

Denmark’s DONG Energy is not the only European oil company that has moved aggressively into offshore wind. Norway’s Statoil is the leader in developing a floating platform for offshore wind as well. Both are to some extent state-owned; 76% and respectively.

This didn’t happen by chance. Both the Danish and the Norwegian governments have long pressured their state-owned oil companies to become more socially responsible as the drawbacks of dependence on fossil fuel have become known.

Pushing these two offshore oil companies to grow an offshore wind industry is not such a stretch, really.

There is actually a lot of technology transfer between offshore oil and offshore wind, except that one digs up a dirty fuel that’s gone forever once it’s extracted from under the sea, and the other harnesses a clean energy source with a permanent fuel supply in the constant faster winds out in the North Sea. Having built up a body of expertise, it makes a lot of sense to apply it to a new energy sector.

Both offshore oil rigs and offshore wind farms need special boats to deliver equipment and workers. Both need to carry out a lot of maintenance in very harsh conditions. Both are more difficult and more technologically advanced versions of their origins on land. Drilling oil on land is relatively straightforward compared to the difficulties offshore. But as land oil runs out, the more difficult oil is all that’s left to get.

Similarly, developing a wind farm on land is easy compared to out at sea, but there are different reasons for offshore wind being the next step for the wind industry.

Unlike the case with oil, we aren’t running out of onshore wind sites. But offshore wind potentially could supply much more wind power than onshore, because there is so much more of it, and there is so much more space available and the ocean has no state lines that transmission needs to cross. Cables are run along the ocean floor to bring the power back to shore from distand wind farms. 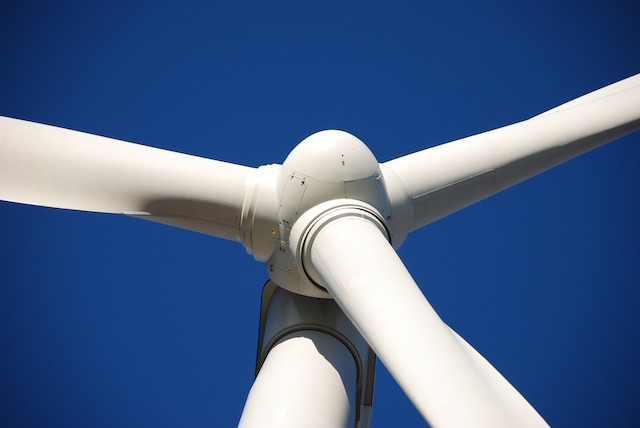 With the offshore wind just beginning in the US, and with a $1.5 billion investment by New York’s Goldman Sachs, it made sense to be in early on this side of the Atlantic, given their over three decades of building one-third of the world’s offshore wind capacity, according to Samuel Leupold, the head of DONG’s wind operations.

“We’re the current number one,” Leupold told the Boston Globe. “Why should we give up that position? If the market is moving outside Europe, the success story we have in Europe can be repeated.”

In April, the Danish firm acquired development rights for 187,500 acres 15 miles south of Martha’s Vineyard, to spaciously house over 100 gigantic turbines that could collectively generate enough power to supply 100% of the electricity used by half a million homes every year.

It won’t just be this one Danish oil company developing the US’s offshore wind. Deepwater Wind is a US startup with a five-turbine project that has escaped the troubles of Cape Wind’s first attempt to site turbines off the coast of Massachusetts at Cape Cod. It is developing off of Block Island, in Rhode Island. And OffshoreMW is moving forward on three potential offshore wind farms, one of them adjacent to the site for Bay State Wind.

“It gives us a lot of confidence that we made the right decision in acquiring our lease area to know the world’s largest offshore wind developer is right next door,” said Erich Stephens, an executive vice president at OffshoreMW told the Boston Globe.

Cape Wind was so delayed by a series of court challenges that it was unable to get utility contracts needed for financing. But its developer has not given up, and now that things are moving forward, may yet be able to succeed in his quest to build Cap Wind. That site is much closer to shore, which, although it created the NIMBY problems that caused its downfall, is a sensible way to start offshore for a first time offshore developer.

The first offshore wind farms were built in very shallow water off the coast of Denmark and were really just adapted onshore wind turbines.

Offshore wind has been a good business for DONG Energy.

Now, offshore turbines are as much as 6 MW each and have been completely re-engineered to maximize their generation in the harsh, corrosive weather conditions offshore.

Nearly 40% of DONG Energy’s operating profit was derived from its wind division by 2014.