Your questions answered about the Prius Prime’s solar roof

Earlier this year, Panasonic (the same company that manufactures Tesla’s latest low-profile, roof-mounted solar panels) made a pretty exciting announcement. The company developed a new type of PV module specifically meant for the 2017 Toyota Prius Prime. Toyota debuted the new car at the New York Auto Show in March 2017. That’s right – there is now a Prius solar roof option for this popular vehicle.

Don’t get too excited just yet, because Toyota is only offering the solar roof to Prius buyers in Europe and Japan as of this writing. The company hopes to introduce the solar feature in the US soon, but there is a complication: because of the roof, the car’s not getting past strict American rollover crash requirements.

Why can’t we have the Prius solar roof in the US?

Here’s the problem: Panasonic created a new lamination technology that makes it possible to install solar panels onto the three-dimensional, curved roof of the Prius Prime. Designers of the roof panels bonded the upper and lower module surfaces with flexible material using thermal compression.

The unfortunate irony for North American Prius shoppers: this next-generation technology that made this new solar roof possible is the very reason it cannot pass US rollover tests.

Toyota currently doesn’t know how to laminate the solar module in a type of resin that wouldn’t shatter if the vehicle rolled over. Until Toyota finds a solution, the solar roof will not be an option on new Prius Prime models sold in the US. Koji Toyoshima, chief engineer of the Prius, said:

We would like to introduce this, at least in the lifetime of the current model. It should be possible to do a lot of charging this way in places like California or Arizona.

While a lot of us Americans will lament this unfortunate fact, we can still admire the new solar technology from afar – and wait patiently until the option is made available at Toyota dealerships here in the States.

Solar panels built into the roof of a hybrid car is nothing new – car manufacturers have been experimenting with them for years. The new Panasonic module for the Prius Prime, however, is a lot more powerful than what we have seen available so far. 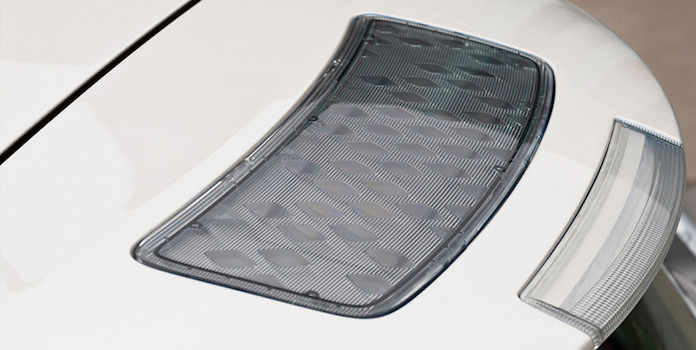 The all-electric Leaf from Nissan doesn’t offer a full solar roof like the Prius, but it does have a solar panel option that sits on top of the car’s rear spoiler. You can’t just get the solar spoiler by itself, however, as it comes wrapped up inside the highest trim level, the SL, which will run you up to $6,110 more than other editions of the Leaf.

With this package, though, drivers also get to have fog lights, leather seats, and seat heaters in the back seats, bringing the car’s total purchase price to a whopping $36,790.

The Nissan Leaf’s solar spoiler is a paltry 5-watt module, only able to direct power to the car’s in-vehicle accessories – not the main drive battery. It’s a tiny panel, after all, only fitted on to the relatively small spoiler.

For more than $6,000 it makes little sense to get the highest trim level if you just want the solar spoiler. If you want all the other goodies that come with it, then it may be worth it to you. Keep in mind that for about the same price, you could get a 2,000-watt solar installation on the roof of your home – and 400 times the power. 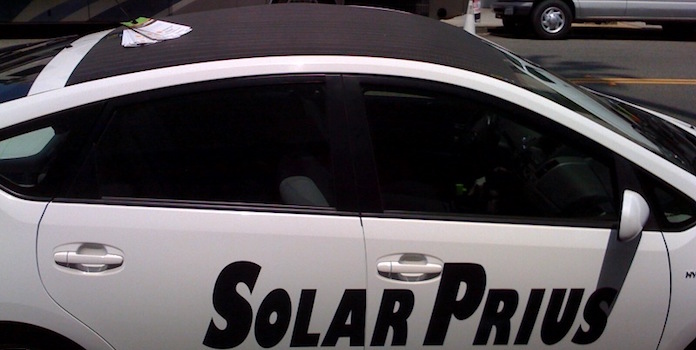 Toyota offered a solar roof beginning with its 2010 Prius. The previous version was pretty unremarkable though, only generating as much as 50 watts of electricity. Like the Nissan Leaf’s, the old Prius solar roof also wasn’t connected to the car’s drive power, and only channeled electricity to the car’s cabin ventilation system.

With more wattage being generated per square inch these days (thanks to the rapidly growing efficiency of solar technology), we can expect the new Panasonic solar roof to pump out more energy than these previous attempts. Panasonic claims the new roof will achieve an output of approximately 180 watts – meaning it can power both in-vehicle accessories and also charge the drive battery.

In fact, the Prius Prime is the first mass-produced car to include solar panels that powers the vehicle’s main battery – which just so happens to be Panasonic’s own automotive prismatic lithium-ion battery.

How much energy are we talking? 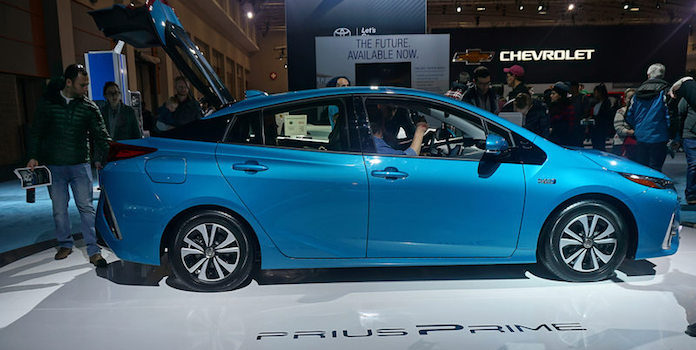 With an 8.8kWh battery pack inside the car, the new Prius Prime can already drive 25 miles with just one charge before the gas-powered engine takes over. The vehicle’s EPA-estimated total driving range is a whopping 640 miles. The car’s EPA-estimated MPGe is 133, and its combined MPG is 54 – and that’s without using electricity or the solar panel.

The vehicle is super-efficient without the solar roof option, so can solar panels really make much of a difference? Car roofs are tiny, especially compared to the size of solar systems installed on residential houses. Only so much electricity output can come from a solar car roof at this point in time – but the Prius Prime’s new solar roof still packs a punch.

According to Toyota, the solar roof option atop the Prius Prime will boost each vehicle’s efficiency by as much as ten percent. Under a good amount of sun, the roof panel is said to be able to add up to 3.7 miles to the car’s daily electric range. On top of that, the roof panels charge the car’s battery while parked.

Apart from powering the vehicle’s drive, the Prius’ solar roof will also provide energy to accessories like power windows, lighting, and air conditioning while the car is running.

But will the Prius solar roof be worth the cost? 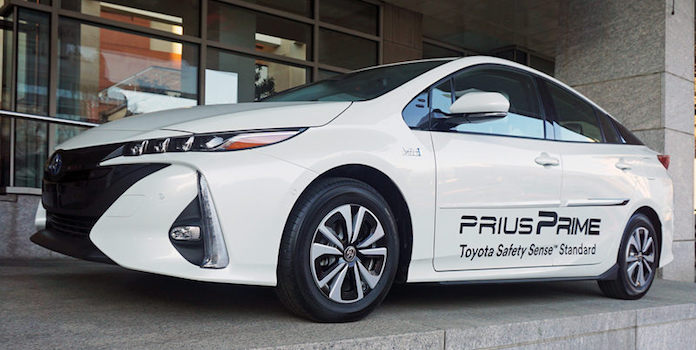 The solar roof option on the new Prius Prime may not seem like it cranks out much power, but 3.7 extra miles a day for an average commuter will certainly add up over time. How does that translate into dollars and cents?

The 180-watt module will generate differing levels of energy depending on where your car is parked or where you’re driving. In sunny Las Vegas, Nevada, for instance, it would churn out roughly 270 kilowatt-hours per year – according to the National Renewable Energy Lab’s PV Watts solar calculator.

Now let’s do the math using the national average price of $0.13 per kWh, and account for the average rate increase for utilities of 2.6% annually. To buy 270 kWh per year for an 18-year stretch using these standards, it would cost around $750 in total.

So there it is – the new 180-watt solar system on the Prius Prime would need to be priced under $750 to be cost-effective to auto buyers – at least in the southwest.

Perhaps even with the math above, a solar roof that costs more than $750 would still be worth it to you personally – it just depends on the auto buyer. Factoring in gas and energy prices in your area as well as your driving habits may make the Prius solar roof a smart option, but only time will tell how much it will cost you.

Moreover, solar technology is only going to get more compact, more efficient, and less expensive as new models are released in the coming years.

In the meantime, US Prius buyers will just have to wait patiently until Panasonic and Toyota come up with a suitable solution to the rollover dilemma.