2017 Guide to California Solar Rebates: What Are They and Who Offers Them? 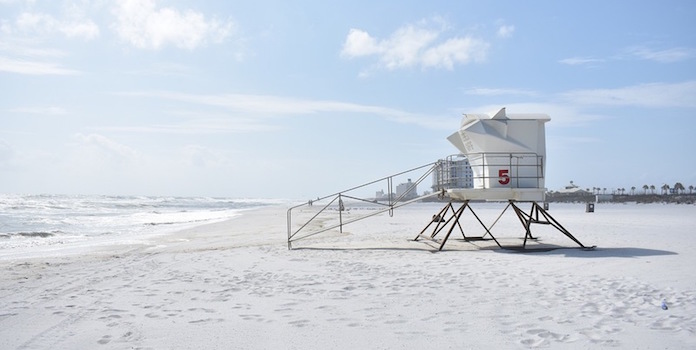 As of early 2017, 10 utilities in California still offer solar rebates.

The golden age of California solar rebates – the time when homeowners could walk away with $2.50/watt from their utility just for installing solar on their roof – is long gone. Back in the late 2000s and early 2010s, pretty much any homeowner could get some fantastic rebates for going solar. It didn’t matter what utility you had – you could easily get thousands for your mid-sized solar installation.

Today, just 10 mostly small utilities offer rebates for solar installations. You might be wondering what happened? Did we go wrong somewhere? Do we no longer value solar?

Actually, it is the opposite. These rebates were designed to encourage homeowners to install solar to the point where the solar industry could mature enough to support itself. To this end, as more people installed solar, rebates fell lower and lower until they eventually dropped off completely.

Let’s look at where these rebates come from and exactly which utilities still offer them.

A Brief History of Solar Rebates in California

In 2006, Schwarzenegger the Governator signed into law SB1, which created a $3.35 billion program to encourage California residents to install solar, with a goal of 3,000 MW installed by 2017 (see pg. 13 of the above link).

Both investor-owned utilities (which are under the control and guidance of the California Public Utilities Commission, or CPUC) and publicly-owned utilities (municipal utilities and co-ops under their own jurisdiction) were required to offer incentives for homeowners and businesses to go solar.

Under the law, the CPUC and the statewide California Energy Commission partnered up to create the Go Solar California program, which offered residents across the state financial incentives for installing solar, no matter which utility they used.

All three of California’s investor-owned utilities (PG&E, SCE, and SDG&E, which together serve the vast majority of California residents) were required to offer solar rebates to their residential customers through a program called the California Solar Initiative, itself part of the Go Solar California program. The CPUC oversaw the program and with a budget of $2,167 million, the utilities offered fantastic rebates for homeowners going solar.

The program lasted until 2016 and, unfortunately, all these rebates from investor-owned utilities have run out of funding and are no longer offered.

If you’re part of a municipal or co-op utility, you might be in luck, though! Publicly-owned utilities (municipal utilities and electric cooperatives) also take part in the Go Solar California program, but these rebates aren’t funded through the California Solar Initiative. Instead, each utility oversees its own rebate program. Since they aren’t funded through the CSI, a handful of these utilities still have funding for solar rebate programs.

So far, this huge state-wide program has been very successful. Driven by Go Solar California financial incentives, utility customers have blown the initial goal of 3,000 MW out of the water. As of 2017, California residents and businesses have installed 681,488 projects, for a total of 5,415 MW (and more everyday!).

How Are These Solar Rebates Funded?

In a word: you! All utilities collect what is called a public benefits fund on their customers’ monthly bills. These small fees support programs that we all can take advantage of: solar incentives, energy efficiency programs, rebates for efficient appliances, and many other things.

Utilities are required to collect these funds by the CPUC or another governing body, but they are typically very, very small. For example, Lodi Electric Utility (a municipal utility) collects $0.001/kWh for its solar program. For a single homeowner, it’s almost a laughable amount, but when hundreds of thousands of homeowners each pitch in every month, it adds up to millions of dollars in funding for programs that benefit the public. 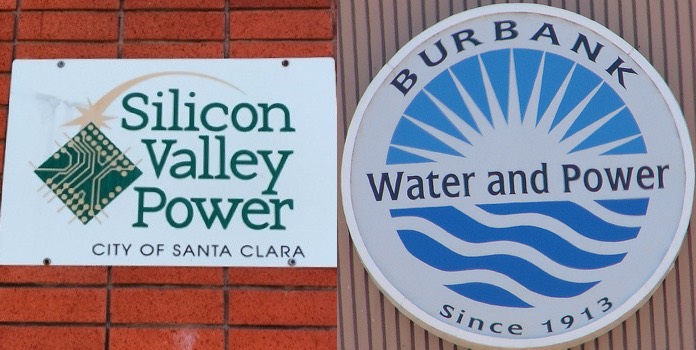 Okay, now let’s get to the good stuff! The remaining rebates are mostly offered by municipal utilities. The actual rebates vary from utility to utility, but as of 2017 hover around $0.30/watt. This means that, for an average 5kW installation, you’re eligible for about $1,500 in rebates.

Requirements also vary from utility to utility, so be sure to read over all the details before designing and installing your system. Some programs allow leases and PPAs, but most don’t. Some have very stringent requirements regarding the direction the solar panels face while others are more lenient. Be sure to do your homework before starting anything!

Okay, enough of that! Here’s our list of the 10 utilities in California still offering rebates for solar installations:

Local residents can take advantage of a $0.32/watt rebate for solar installations in Burbank Water and Power’s service area. Solar panels must be oriented between south-south-west and West and tilt 5 degrees to qualify. The rebate is based on the percentage of the installation that meets these guidelines.

If you’re interested in this rebate, you better hurry! This program ends in July 2017.

As of July 2016, Green Riverside offers $0.25/watt for residential solar installations. Unlike other cities, there is no cap on the total rebate homeowners are eligible for! Installations financed through lease or PPA are not eligible, so you’ve got to go cash or loan to take advantage of this incentive.

Los Angeles Department of Water and Power offers a one-time lump sum rebate for homeowners who either lease or purchase their solar installation. As of May 2017, residential customers receive $0.25 per watt. Installations must be bigger than 1.5kW and the incentive must be claimed within 60 days of the installation of the net meter.

In 2017, Lodi Electric budgeted $185,000 for solar incentives for residential installations. Applications were only accepted during the month of January 2017. While their website doesn’t mention 2018 incentives, if you’re a customer of Lodi Electric be sure to give them a ring to hear their plans for next year.

The City of Pasadena offers fantastic rebates for solar installations. For systems under 100kW (which includes pretty much all residential solar), you can choose between two different rebate types: a lump sum incentive or performance-based incentives:

For the lump sum, the city offers $0.30 per watt for qualifying solar installations. The following formula is used to calculate the incentive amount:

If you choose the performance-based incentive, you receive a $/kWh incentive for the total amount of electricity you produce each year. The incentive rate is currently set a $0.096 per kWh and is fixed for the two years following the installation.

If you don’t mind waiting for your payout, performance-based incentives likely offer a bit more cash, but be sure to talk to your installer before choosing one or the other.

San Francisco residents are eligible to receive incredibly high incentives through the city’s GoSolarSF Incentive. Rebates vary according to financing and installers:

Residential customers must be signed up for the CleanPowerSF program or be a Hetch Hetchy customer.

While the PV Buy Down Program has been suspended for the remainder of 2017, the City of Shasta does offer rebates for solar installations. Be sure to give them a call to find out when the program will start again and what the incentives will be.

Silicon Valley Power still offers excellent rebates for local homeowners going solar. For installations under 10kW, they offer $1/watt in rebates as of March 2017. However, as with almost all the utilities, as more homeowners install solar, the rebate amount decreases.

Since 2015, SMUD has offered $500 rebates for each residential solar installation. Installers handle the incentive application process.

Through their PV Buydown Program, the City of Ukiah was offering $0.28/watt for all residential installations in their service area, with a max incentive of $7,000. According to their website, they are revising the program, so continue to check back regularly to find out when their new rebate program is available.

Bottom Line: Act Fast If You Want a Rebate

As you can see, there aren’t too many solar rebate programs left and those that do exist are dropping like flies. We’re down to around 10 active programs in the whole state of California, with a couple of those set to expire soon! If you want a rebate for going solar, you better not dilly-dally, as these things are going fast. Reach out to installers ASAP to get the ball rolling and take advantage of the incentives while they are still available. And don’t forget, even if you missed out on these rebates, the federal tax credit is still available!