Comparing Solar Panels and the Future of Solar Research 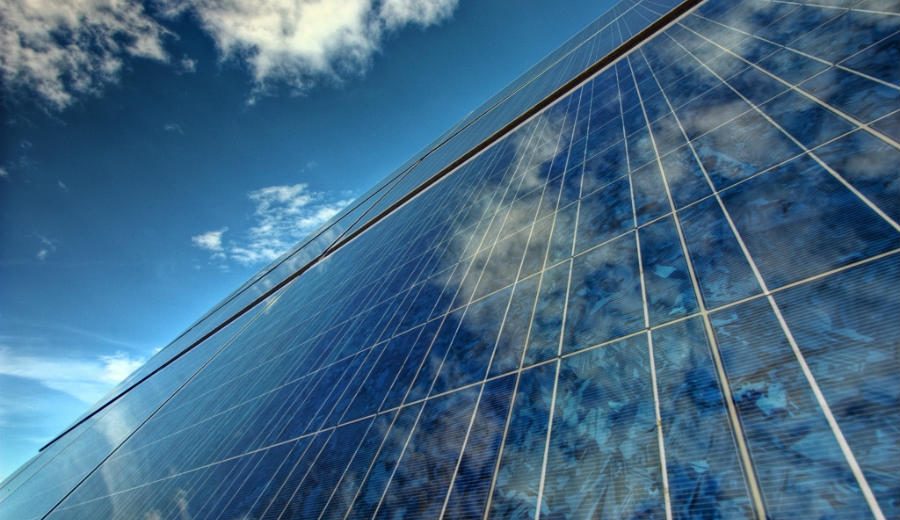 Solar panel comparison and the future of solar technologies.

So you’ve gotten on board and decided to get yourself plugged into the green energy movement by installing solar panels on your home. You’ve done your research about buying versus leasing your home solar panels, and you’ve done the math to see just how much money you’re going to be able to save in the next few years by taking advantage of all that free energy in the sky. Now let’s compare the different types of solar technologies.

How to Compare Solar Panel Options

If you’ve done any amount of reading online, you’re probably aware that there are many different types of solar panels out there on the market, and even more types sitting at the cutting edge of photovoltaic research. So what exactly are the options available for the home consumer? How do the different types of solar panels work? Monocrystalline vs Polycrystalline etc etc?

Most importantly, which solar panels are best for you?

Solar panels are made up of collections of individual solar cells, and those cells in turn can be made up of a wide variety of different materials. The overall efficiency of your solar panels will depend on what the cells inside them are made of, so it’s worth it to do a little bit of research to know what you’re getting before you buy or install.

The vast majority of the solar photovoltaic panels available on the market right now are based on silicon chemistry. Silicon is a “metalloid” chemical element that acts as a semiconductor, which makes it a very valuable material for electronics of all kinds. It’s a key component in the integrated circuits that make cell phones and laptops possible. There are other materials that can act in similar ways, but silicon is the main one we use because it’s easy to work with. It’s also very abundant: up to 90% of the Earth’s crust is made up of minerals that contain silicon in one form or another. It’s not something that is likely to be in short supply anytime soon. Because we’ve been using it for decades in electronics and computing, we have the capability to manufacture pure crystals of silicon on a large-scale, which is necessary if we’re going to talk about churning out millions of solar panels made of the stuff. 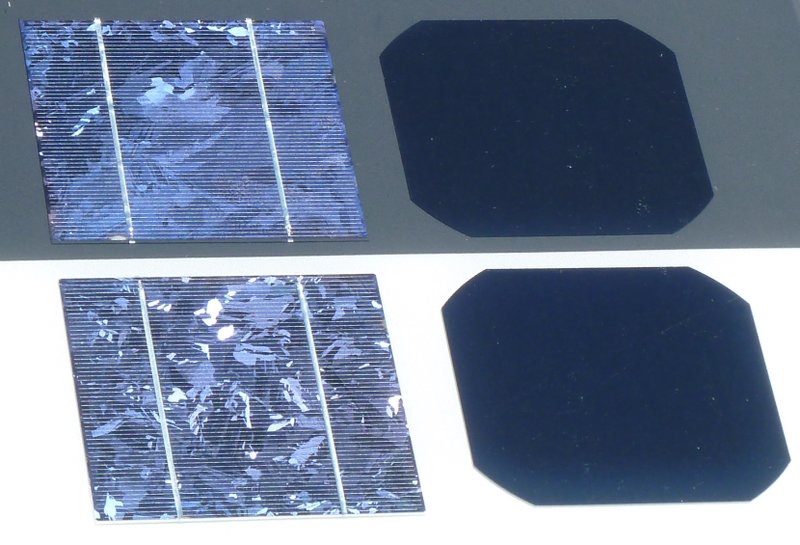 Silicon has been used in solar cell technology since the middle of the last century, because it was one of the first materials in which a photovoltaic effect was measured. When exposed to sunlight, the electrons in silicon can be excited and diffuse through the material in a way that can be harnessed as electrical energy. The trick was to figure out how to make it work in a way we could use, and the complex structure of the modern solar cell is how we channel electrons to create a current out of sunlight. How many electrons get excited into motion, and how well those electrons move, depends on the purity of the crystalline structure of the silicon. That, in turn, can define the efficiency of the various types of silicon-based solar cells.

Monocrystalline silicon solar panels (also called mono-Si) are made of the purest form of crystalline silicon. Pure, in this particular case, refers to the structure of the crystals, and not the amount of impurities that might be present in the silicon. Impurities, in fact, are put in on purpose. It’s called “doping” the silicon. That’s done because without a few atoms of different elements in the silicon layer (usually boron and phosphorus), there can be no useful electron flow. No electron flow, no electricity that you can collect, and you’ve got a thin useless brick instead of a solar cell.

In a monocrystalline cell the crystal is as tightly packed and uniform as it can possibly get. Because that means there is room for more silicon atoms overall, it makes for a more efficient solar cell by surface area, as there are more atoms in the cell to react to the sun’s light. On average, mono-Si solar cells have an efficiency of about 25%. That may not sound very good, but that’s right up there at the top of current efficiency ratings for solar cells.

Unfortunately, the process of making monocrystalline cells is expensive and complex, and also leads to a fair amount of waste silicon. They mono-Si cells are produced in the form of large cylinders, which need to have their edges shaved off in order to make them square before they are sliced into thin wafers for use in solar panels. That waste and high production cost means that although they are technically the most efficient type of silicon-based solar cell, that doesn’t necessarily make them the best choice when cost is a factor.

Multicrystalline solar panels (also called multi-Si) are still made entirely of silicon. The main difference between them and mono-Si cells is the size and orientation of the crystals. Instead of a completely uniform structure, multicrystalline cells, as their name suggests, are composed of many smaller crystals in different orientations. They still work well to collect sunlight and their efficiency isn’t very far behind mono-Si solar cells: multi-Si cells average about 20% efficiency.

Making polycrystalline cells is a less expensive process with less waste, so the solar panels that use poly-Si cells are generally more affordable. Because of those reasons, polycrystalline solar cells make up a little over half of the worldwide solar cell market.

There are many different types of thin-film solar cells (TFSC), but they all function on the same principle: a thin-film of a photovoltaic material is deposited on a backing material like glass, metal, or plastic. The film itself is much thinner than the silicon wafers used in silicon solar cells – sometimes only micrometers in thickness. Because of the thinness, TFSCs can be made to be extremely light and flexible. That gives them applications in building technology, where a semitransparent photovoltaic film can be applied to windows.

When thin-film is used for making actual solar panels, though, it’s a different story. The panels tend to be heavier than their silicon cousins, because the active PV layer is sandwiched between two layers of glass.

Cadmium telluride and copper indium gallium selenide are the most commonly used material for TFSCs, with an average efficiency of about 15-20%. Their manufacture calls for some rare elements, which has kept their manufacturing costs fairly high. Some consumers also voice concern about the toxicity of cadmium, a heavy metal which can cause poisoning if it leaches into the water supply.

Research into solar technologies is ongoing, and there are some promising new types of thin-film solar cells coming around the corner.

Lots of current work centers around using organic dyes to collect the sunlight and channel it into energy. Applied in the right way, that technology could be used in almost-transparent windows, making tall office buildings into huge solar power producers. The organic materials used in this type of cell can be obtained and processed quite cheaply, and can be chemically tweaked to maximize absorption at specific wavelengths. That means that theoretically they can absorb much more sunlight than an equivalent amount of silicon solar cell material. Unfortunately, their efficiency remains low, so they’re not quite a reasonable alternative yet. 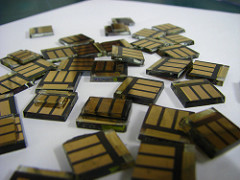 Perovskite solar cells are made of a hybrid organic/inorganic tin or lead halide, and they’re a very promising candidate for the future of solar power. They’re on the cutting edge of research, and in only six years researchers have been able to bump up their efficiency from only 4% in 2009 to an impressive 22% this year. That’s roughly equivalent to the best performing silicon solar cells in action today. There are high hopes for this technology, and several startups are already promising to get production going and deliver Perovskite solar cells to consumers as early as next year.

Unfortunately, no material is perfect, and Perovskite cells have a pretty serious downside: they tend to lose efficiency over time in humid environments. The organic molecules that make up the film degrade when exposed to humidity, which means that the film itself doesn’t have much of a lifespan. There’s work being done to encapsulate the perovskite in protective layers of polymers and carbon nanotubes to completely isolate it from the air. While that seems to work well in the lab setting, no long-term studies have been done on these cells out in the real world because they’re so new.

So if you compare solar panels which are the right kind for you?

Realistically speaking, you’re probably going to end up with a silicon panel of some sort, because the economics currently make more sense that way. While the thin-film panels are less expensive, their lower efficiency means you need more of them than you would silicon panels, for the same amount of energy production. So if you’re planning a standard rooftop system, and not looking to integrate thin flexible solar cells into the structure of the roof  itself, you’ll be working with silicon. Whether you get mono- or multi-Si cells, however, will likely depend on which installer you choose and where they get their product.