Top 3 Innovative Uses of Solar Power for a Better Future 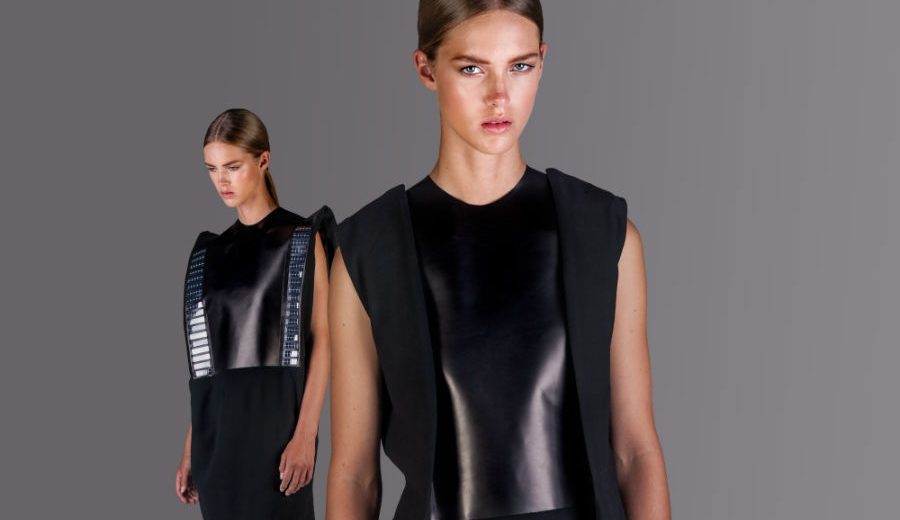 The use of solar energy has gone beyond powering people’s homes and businesses:

A little over 60 years ago, photovoltaic technology was born in the United States with the development of the silicon photovoltaic (PV) cell at Bell Labs. This solar cell was capable of running everyday electrical equipment with a 4% solar efficiency. Today solar panels can reach up to a 22.5% efficiency and new, innovative engineering methods will undoubtedly be producing higher numbers in the future.

If you close your eyes and think of solar power, what do you see? Has the image of some type of solar cell “collage” stuck on your roof materialized in your head? If that’s the case, have no fear– that picture may soon be replaced by in-vogue applications that have nothing to do with reducing the costs of an electricity bill.

1) From Wing Warping to Solar Flying

The notion of using solar energy off the ground isn’t new. We’ve been relying on our Sun’s constant energy output for years to fuel solar-powered satellites, including the International Space Station and other types of space probes. The future of space exploration is also promising with talks of using solar sails to glide across the galaxy. So can the same be said for flying around the world?

In the early 1900s, the Wright Brothers were shedding light on the best way to control the roll of an aeroplane with an ingenious method they called wing warping. Over a century later, human flight seems to be taking a new turn with the initiatives of a Swiss solar-powered aircraft project called Solar Impulse. Led by a team composed of Swiss engineer and businessman André Borschberg and Swiss psychiatrist and aeronaut Bertrand Piccard, the Solar Impulse project began with the construction of a single-seat monoplane called Solar Impulse I. Powered by photovoltaic cells, the plane’s power plant was constructed with four electric motors and four 21 kWh lithium-ion batteries, each providing 7.5 kW of power.

Call it fate or coincidence, the Solar Impulse project first began with a feasibility study at l’École Polytechnique Fédérale de Lausanne in 2003– a century after the Wright Brothers made history in the field of aeronautics. Solar Impulse I conducted a series of successful flying tests starting in 2009 and ending with a multi-stage flight across the United States in 2013. Testing included a 26-hour flight that included nine hours of night flying in July 2010.

Forbes magazine writer Mike Scott reflects on the possibilities of the Solar Impulse project. “If we can fly around the world using only the power of the sun and the optimization of energy efficiency technologies,” he says, “the potential of clean technologies in other applications is immense.”

Piccard is no stranger to conquering the skies (and not just because of his name resemblance to Star Trek’s Jean-Luc Picard): the aeronaut was also the co-pilot for Breitling Orbiter 3, the first balloon to fly around the world non-stop.

Solar Impulse I has now been surpassed with a younger sibling known as Solar Impulse II. Solar Impulse II first flew at Payerne Air Base on June 2nd 2014 and is designed to fly longer distances. Its wingspan measures 71.9 meters, a length that almost matches the world’s largest passenger airliner (the A380 Airbus). However one crucial difference remains: the 2.3-ton carbon-fiber solar plane weighs about 220 times less than the 500-ton A380 Airbus. Solar Impulse II is also equipped with advanced avionics, including supplemental oxygen for high altitude cruising and autopilot commands for transoceanic flights.

Solar Impulse II’s first flight took place in June 2014. While attempting to circumnavigate the Earth, the team set new records for the world’s longest solar-powered flight, both in time and distance, while flying from Japan to Hawaii in June 2015 with André Borschberg in the cockpit. The flight, which lasted 117 hours and 52 minutes, covered 7,212 km and was also the longest solo flight recorded in history.

Fashion in history has evolved just as much as technology. It almost seems natural that the two should begin to overlap at some point– and we’re not just talking about matching our smart phone cases with the color of our shoes.

Over a century ago, ladies were strolling outside with parasols protecting their delicate, porcelain skin. Today, Dutch fashion designer Pauline van Dongen seems to have done a one-eighty by designing an assortment of solar-powered garments.

Pauline van Dongen works closely with companies from the field of science and innovation and aims to merge fashion and technology while giving life to scientific creations. As fashion designer of the Wearable Solar project, she reasons that solar cells have a layered internal structure not unlike the human body’s stratified cells, which interact with sunlight naturally. Pauline methodically integrates her research into her designs.

Led by Christiaan Holland of Gelderland Valoriseert, a creative Dutch agency, the Wearable Solar project also depends on the expertise of solar panel specialist Gertjan Jongerden. Students from the University of Applied Sciences in Nijmegen are also involved.

As an added bonus, should you feel like making a solid fashion statement, you can even resemble a tough character from The Matrix while wearing one of these solar-powered garments. Pauline van Dongen adds that using leather and wool was necessary to support the structure of the solar cells. One of the first prototypes consists of a futuristic-looking coat with flaps embedded with rigid solar cells that unfold on the shoulders and waist to capture sunlight. Your sharp, intimidating, protuberant accented features will surely make any passerby dodge behind a tree should he dare cross your path.

Another prototype consists of a dress constructed with flexible solar cells. These have less power conversion efficiency but achieve a higher degree of comfort. Furthermore, these solar cells are integrated more easily into the coat’s flowing lightweight wool fabric (also accented with leather). The panels are barely noticeable on the dress but you might still shine with a bit of sci-fi glamor should you decide to give it a whirl in the future. 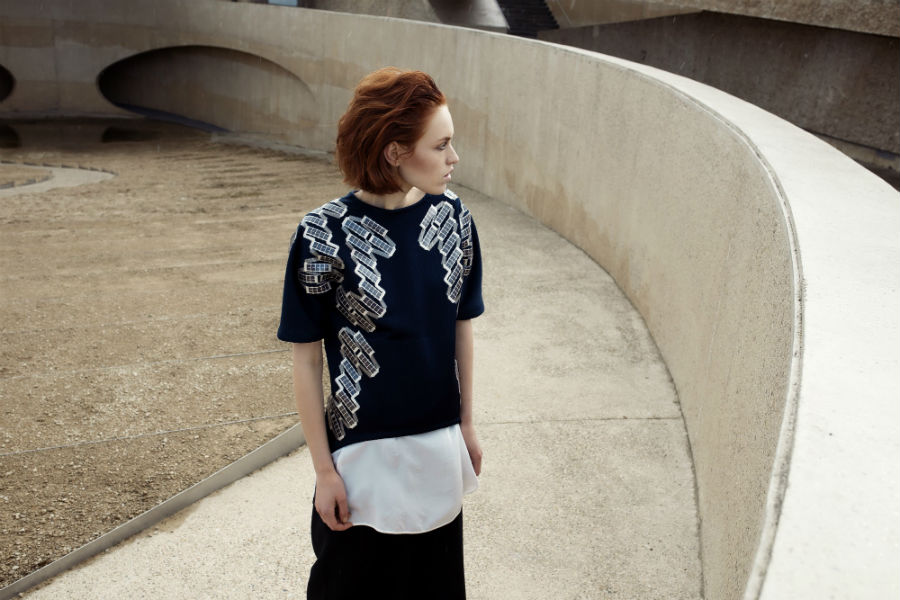 Also included in the cutting edge fashion line are a solar parka and more recently, a solar shirt, which incorporates 120 thin-film solar cells and produces 1 W of power when worn in bright sunlight. The shirt relies on Holst Centre’s stretchable interconnect technology used to integrate electronics into fabrics.

These items are not yet for sale, but ultimately, the Wearable Solar project team hopes to advance the technology to bring down costs and eventually sell their products to the mass market.

Joanna Slota-Newson, the 32 year-old chief technology officer of Polysolar, a start-up company based in Cambridge, has decided to turn buildings into power plants.

In contrast to traditional solar panels, which usually point directly at the Sun or use heliostats like in the case of Concentrated Solar Power, Polysar’s panels are designed to scavenge non-directional, low level, ambient light when placed vertically on building walls.

Using thin-film technology allows solar panels to operate down to 10% of sunlight, at non-optimal locations (such as the sides of buildings) and with a higher efficiency. Additionally, their vertical positioning minimizes any potential overheating, so no ventilation system is required.

The panels cost £250 per meter squared (roughly around $360 in US currency), which produces a 12 to 15 percent power conversion efficiency. Furthermore, the transparent panels are said control glare, on top of reducing thermal gain, which should theoretically reduce energy use within a building.

Polysar’s panels have already been integrated into some of Sainsbury’s petrol stations and canopies at the Barbican Centre in London. And the future is especially bright for the innovative, cutting edge company: its latest installation is a transparent bus shelter in Canary Wharf that will generate up to 2,000 kW hours per year of solar energy. Located in the center of the wharf, the bus stop showcases Polysar’s revolutionary technology with photovoltaic glass and photovoltaic powering interactive displays, and will most likely encourage neighboring buildings to adopt the efficient, chic, environmentally friendly renewable energy alternative.