What New Solar Technology Developments Will We See in 2018? 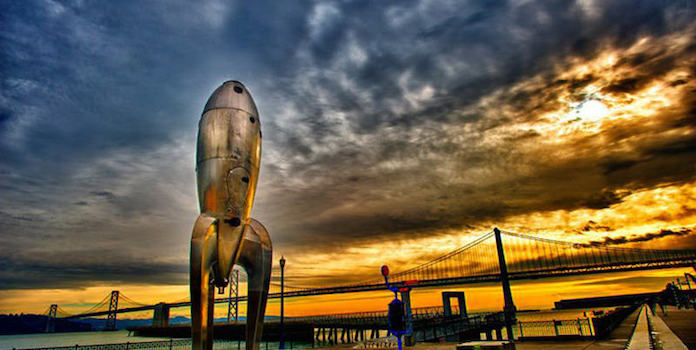 We delve into six new solar technologies set to take off

The solar industry is young and enthusiastic. There are dozens, if not hundreds, of companies and universities actively researching, developing, and testing new solar technology and new products every day. Some are tweaking our existing silicon solar panels to make them more attractive or more efficient. Others are devising entirely new ways to produce electricity with sunlight.

When you think about it, all this innovation makes sense. We often naturally group the solar industry with companies that provide electricity (i.e. utilities) but really solar is a technology, not a service. Instead, we should be boxing solar companies together with other technology companies, like Apple, Samsung, LG, and Panasonic. (Actually, LG and Panasonic make solar panels!)

And, as with any company in the technology industry, solar manufacturers and researchers are always trying to create the next great product that is cheaper, more beautiful, easier to install, or produces more energy.

Let’s take a look at six of these new technologies, focusing on products that either came on the market in 2017 or enjoyed major steps to commercialization this year. Not all of these products are available yet, but they are all quite exciting, with each one representing a path that the solar industry could one day trod down.

Why we’re excited: These solar panels are easier and faster to install than conventional silicon solar panels. They’re more discrete and require no holes in your roof.

We’ve been watching Lumeta Solar for a few years now and it appears they’re finally ready for commercialization.

Lumeta makes frameless solar panels with extra-strong butyl adhesive (commonly used for roofing work) on the back. Installers simply peel away the adhesive backing paper and stick the panels directly onto your roof. This is about as simple an installation as you can get. What takes 2-3 days with conventional solar panels now takes just hours.

There’s no mounting hardware, no railings, no grounding, and no roof penetrations. Need to remove them for roof repair? Just put a heat blanket over each panel and it will peel off the roof. Afterwards, you can reinstall the panels.

Without mounting hardware, the panels sit lower on the roof, giving a more discrete appearance. Without any roof penetrations for mounting, you don’t have to worry about leaks in later years.

Lumeta produces solar panels for asphalt shingles as well as clay tiles. The panels weigh about 26 pounds – compared to conventional solar panels’ 35 to 45 pounds – and enjoy a healthy 18% efficiency with a power output of 300 watts, making them a premium panel option.

Lumeta is taking pre-orders in the 4th quarter of 2017.

Tip: We wrote about stick-on solar back in 2016. There have been updates since then, but the article provides a deeper dive into how stick-on solar works and the benefits of the product. 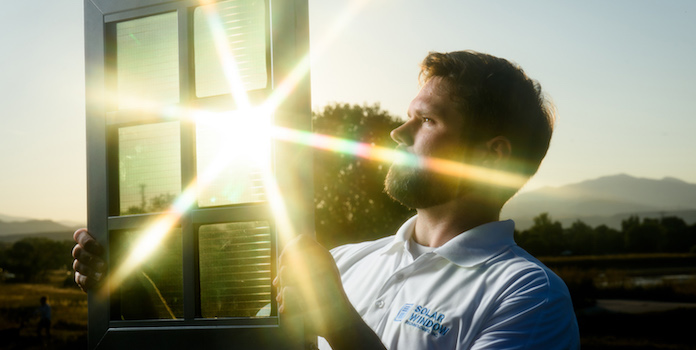 Why we’re excited: This one should be pretty self-explanatory!

Solar windows are exactly what you’re thinking they are: windows that also produce solar electricity. How they work is actually pretty fascinating. Quantum dots float around in the windows and absorb non-visible light (ultraviolet, for example). The dots then release that light near the window frame, where a solar panel integrated into the side of the window takes it and turns it into electricity.

There’s currently only one or two manufacturers that actually sell solar windows, but a handful of others are currently testing products as well.

Looking out your window while it produces electricity is certainly an uber-cool prospect, and we’re excited to see where this goes, but don’t get too excited just yet. Solar windows are currently hampered by low efficiency and high cost. With such low efficiency, solar windows today lend themselves well to commercial buildings, since they require a large number of panels to produce any useful amount of electricity.

As more and more companies test and develop their products, solar windows will come closer to commercial viability. Hopefully, this will be something we can all install in our own homes at some point in the future!

Tip: For more info on cost and manufacturers, read our article How Much Do Solar Windows Cost? Are They Worth It? 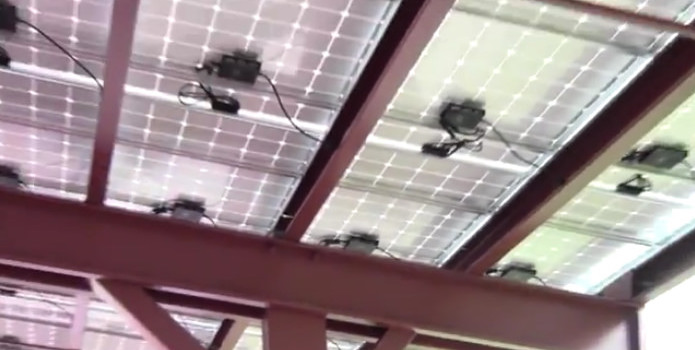 Enphase is once again introducing what they call AC Modules, basically solar panels with Enphase’s microinverters already attached. This new offering is meant to decrease installation time, allowing installers to see higher profit in an industry where profit isn’t guaranteed.

Enphase’s new AC Modules are a product of their time: the solar industry affords installers and manufacturers notoriously slim profits and it’s a hard industry to really flourish in. Installers are always seeking ways to cut costs — and installation labor, which accounts for only about 10% of a system’s total cost (p.16), is not immune. A solar panel with an inverter already attached is one less step an installer must take up on the roof.

Enphase has partnered with both LG and JinkoSolar for the solar panels and they are already available on the market.

In another step symbolic of the future of the industry, Enphase now also produces a lithium-iron-phosphate AC battery (not to be confused with the more prevalent lithium-ion battery) that enjoys a 1.2kWh capacity and fits together nicely with its AC modules (or any other Enphase products).

While the AC module really isn’t groundbreaking – after all, it’s just a normal solar panel with an inverter stuck to the bottom – it shows the diversity and creativity that’s inherent in the industry. We’re not stuck on one system or one way of doing things. There’s still plenty of room for innovation.

Tip: If you’d like to learn more about Enphase and their microinverters, check out our comprehensive post Enphase Microinverter Reviews and Company Information. 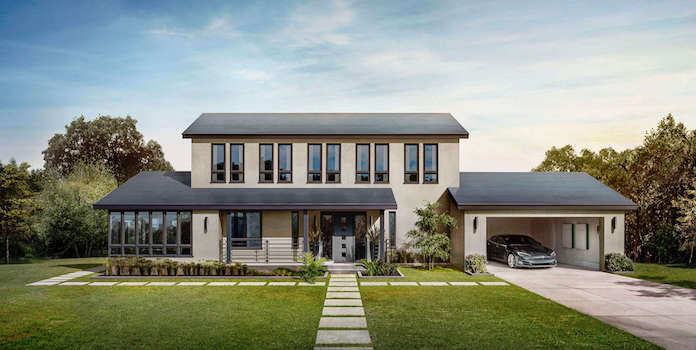 Why we’re excited: First off, it’s Tesla. Secondly, this is the first true step into legitimate BIPV (see below) for residential applications.

We’ve all heard about Tesla’s solar shingles, but for good reason: they are really cool.

These shingles are a form of ‘building integrated photovoltaic solar,’ or BIPV, since they are integral to the home instead of installed on top of the home.

The shingles are sleek and durable. You’d look at a house with Tesla’s shingles and never know it was actually producing electricity! They also come with a 30 year warranty for energy production – longer than any other conventional panel, as well as a 30 year weatherization warranty (ie no water leaks or anything similar), and an ‘infinite’ tile warranty – as long as your home is standing, your tiles are guaranteed not to break.

While the solar roof will likely be more expensive than conventional solar panels, you can still come out ahead financially when compared to purchasing all your electricity from your utility over 30 years.

Tesla is the first company to really break into BIPV for homes. They’ve got the experience and reputation for innovation that gets people excited about a new product – and their past track record shows that they can actually get amazing products to market that meet, or even exceed, the high expectations they set.

Tesla is ramping up customer installations for their solar shingles throughout 2017. 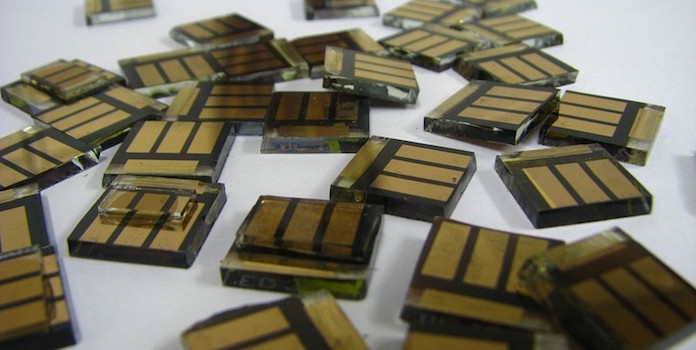 Why we’re excited: Perovskite solar cells are an entirely new way to produce electricity. They have the potential to be cheaper, more efficient, and more versatile than the conventional silicon solar cells available today.

Perovskite solar cells are a new type of solar cell, composed of materials other than the traditional silicon. What’s so exciting about perovskite cells?

First off, they’re easier to manufacture than conventional silicon cells, and cheaper as well. Secondly, they’re extremely efficient. A South Korean university recently produced the most efficient perovskite solar cell in the world, at 22.1% efficiency – much better than our average silicon solar panels. Due to the materials that compose the cells, perovskite solar cells have the potential to go as high as 72% efficient (if we can get it there), much higher than silicon cells.

Lastly, they’re very versatile solar cells. They can be printed onto glass or thin-film and can be used to make flexible solar panels, traditional panels, or even BIPV. Pretty cool, huh?

Unfortunately, perovskite solar cells have been plagued by poor durability and fast degradation. These cells typically only last a few months outside. However, researchers are carrying out more development and testing to correct these deficiencies. In 2017, a team in Switzerland was able to create a perovskite cell that lasted a full year without losing any of its 11.2% efficiency.

Obviously, this is a long way away from our conventional solar panels’ 25-year warranties, but you’ve got to start somewhere. Perovskite solar cells are the ones we need to be watching for over the next 10 years.

Tip: Our article Perovskite Solar Cells: Review of the Technology and Benefits goes into even greater depth on all these issues. 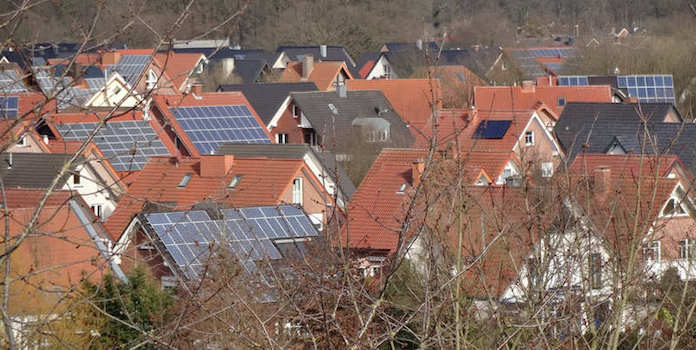 Why we’re excited: It’s a new way to sell and purchase renewable electricity, directly from your neighbors!

This isn’t really a new solar technology per se, but it does have far-reaching effects on the solar industry, so we’re including it here.

If you’ve already gone solar – or are thinking about going solar – you’re probably thinking that it’ll be good for your pocketbook as well as the environment. You’ll produce your own renewable energy and even put some extra back into the grid (via net metering) to be used elsewhere. Less electricity from fossil fuels. Nice!

But did you know that our grid infrastructure – the wires, poles, transformers, etc – are actually pretty inefficient? When electricity travels through our wires, there’s a loss of power – about 6% on average. The further that electricity has to travel, the more of it is lost.

That’s where micro-grids come in. They’re small, tight-knit, and more efficient. A neighborhood in Brooklyn is now testing out a micro-grid in which residents can buy and sell electricity directly to their neighbors – cutting out the utility provider entirely.

How are they legally doing this? LO3, the company leading the experiment, set up a credit system based around blockchains – an ultra-secure online credit system that tracks transactions between users. If it sounds weird, just think about Bitcoin or Venmo – they’re based on the same idea.

With blockchains, users purchase credits which are then used to buy electricity. With this system, no money ever actually changes hands, making everything completely above board legally.

Now solar homeowners can sell electricity directly to their neighbors – no middleman – and cut out any fees along with it.

Tip: For even more info on this exciting new development, check out our article In Brooklyn, You Can Now Sell Solar Power to Your Neighbors 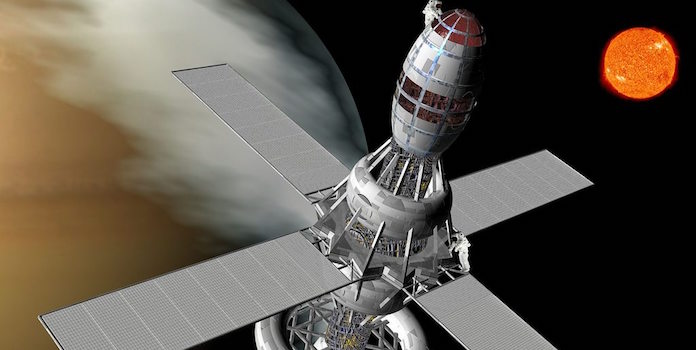 In the end, some of these technologies could change the face of the solar industry, while others will fall into obscurity as strange objects of history (Laserdisc, anyone?).

Instead of zoning in on one of the incredible new technologies above, hopefully you see that the solar industry and its products aren’t set in stone. There’s room to make things better and there are companies out there that are willing to put the time and money into figuring out how to do so.

We all see the value in solar energy and it’s exciting to see what will happen to the technologies above, as well as what new products will come out in the future. It’ll probably be things we could never even dream of today. Or perhaps we can? Solar powered spaceships to Mars in the pipeline somewhere?