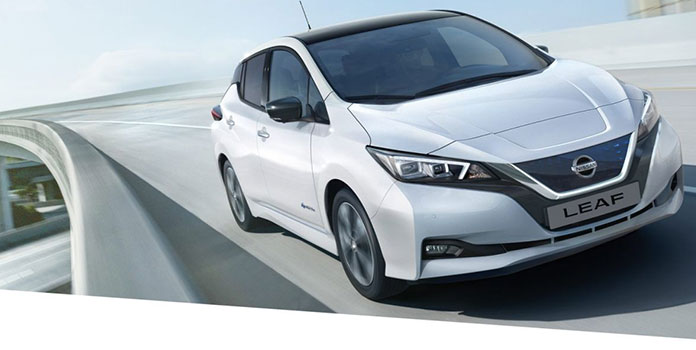 The Nissan LEAF is the world’s best-selling electric vehicle, and the latest model — with its brand new design and popular features — hit the market in September. The company is famous for bringing EVs to the mass market, but as the industry continues to expand Nissan has to fight to keep its competitive edge. Let’s take a look at the 2018 Nissan LEAF and how it stacks up against its electric competitors. 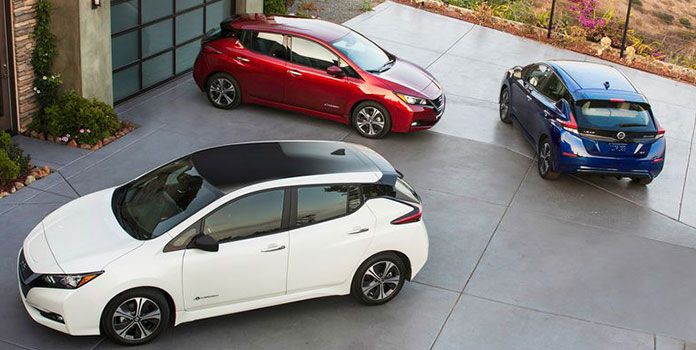 For a bit of background, the L.E.A.F. (short for “Leading Electric Affordable Family”) was the first mass produced, affordable EV to be offered on the market in 2011 and quickly became a classic electric vehicle. Sold in nearly 50 different markets worldwide, more than 280,000 first generation LEAF vehicles were purchased, the biggest portion of which was in the U.S. (about 112,000 vehicles).

The features of the newest LEAF model are impressive, especially given that it is priced less than its 2011 predecessor yet has a host of upgrades. (As a note, we focused on the standard trim, the LEAF S. Also offered are the Nissan LEAF SV and Nissan LEAF SL, which add a few extra luxuries).

All these upgrades seem to be paying off. The company’s Executive Vice President reported that first month of sales for the 2018 LEAF, Nissan sold more than half of the total number of total LEAFs sold last year. That’s impressive! 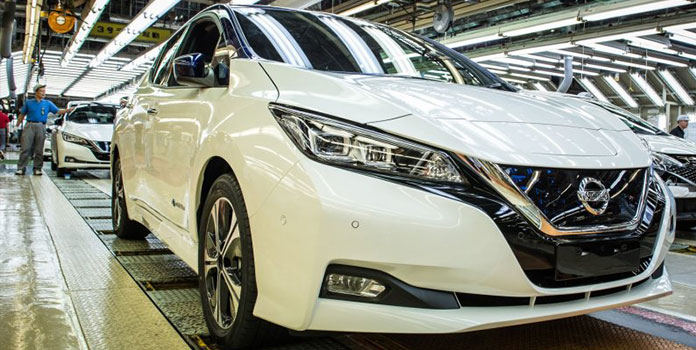 Mileage is of major importance for electric vehicles, as they are constantly playing catch up to their gas-fueled competitors in this category. Leaving high-priced Tesla cars out for a moment, the average electric vehicle gets just over 100 miles before needing to be recharged. As technology improves so does the mileage range, but EVs are still behind the average gas-fueled car that can go 300-450 miles between fill-ups.

Electric car batteries are often big and bulky (not to mention expensive), which increases the weight of the car and drags down the mileage. But engineers were able to improve the power of the LEAF’s battery by 25% without increasing its dimensions. Thanks to this battery upgrade, the Nissan LEAF 2018 offers a range of 150 miles, a cut above older LEAF models as well as the average EV.

If you are someone who likes long drives and distance is a sticking point for you with EVs, fret not: Nissan is already promising an upgrade on this new model. By 2019, the company plans to offer a longer-range battery lasting around 200 miles. Once that battery is available, the LEAF will close in on Tesla and the Chevy Bolt, both known for offering higher-than-average EV mileage. 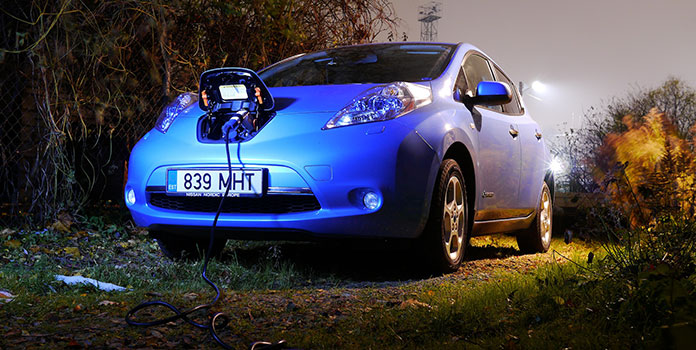 Charging the LEAF is just like charging any other electric vehicle. First, let’s take a look at charging at home.

The easiest way to charge up at home is to simply plug your LEAF into a regular 120 volt wall outlet – and the LEAF comes with a charge cable that allows just this. However, while you can charge your car with the same outlet you use to dry your hair, the charging speed is extremely slow. At about 4 miles of Ranger Per Hour, it’d take you more than 48 hours to fully charge the 2018 Nissan LEAF with 120-volts.

If you are interested in a faster charge, you’ll need a Level 2 charging station, which allows you to charge with 240 volts – the same power as your clothes dryer uses. The Level 2 charger is optional with the S and SV models, but automatically included in the SL model.

Many companies make Level 2 chargers and you can easily find them on Amazon, like the Juicebox Pro and Siemens VersiCharge. Charge Point sells Level 2 chargers that charge at roughly 25 miles of range per hour, or a full charge after one night’s sleep. According to Charge Point, the average cost to fully charge the Nissan’s 40 kWh battery at home is roughly $5.20: a severe reduction in cost than your average trip to the gas station!

If you are out and about, there are more than 20,000 LEAF compatible charging stations across the United States, according to the official Nissan website. Charging times vary based on the type of charging station, and you can find the closest station to you through an app.

The app will also track and control your charging (even letting you know when your vehicle is fully charged), allow you to check your range, and turn on climate control: all from your phone!

How does the new LEAF stack up against the competition? 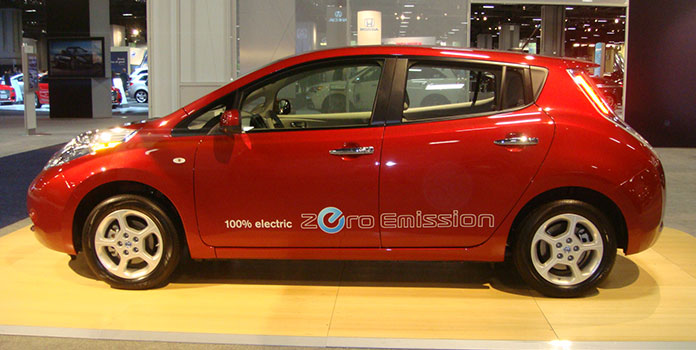 When the original model of the LEAF hit markets in 2011, it was the only four-door, competitively-priced EV on the market, giving it a huge edge. It had virtually no competitors!

That is no longer the case. Governmental policies and incentives, coupled with increased awareness of our impact on the environment has blown the electric car market wide open. We have seen a lot of strong players like Tesla, Chevy, Honda, and Hyundai bringing some quality competition to the table over the past few years. So where does Nissan’s newest LEAF model stand?

Let’s do a quick overview of the car’s cost. The sticker price for a standard 2018 LEAF is about $29,990 in the United States, nearly $700 cheaper than the 2017 model! Even better, if we adjust for inflation, the LEAF’s new price offers a discount closer to $6,760 compared to its first model.

This is a testament to how much cheaper building EV cars has become. The more demand there is in the market, the more mass-production we see of electric vehicles, which in turn brings down the average price of production.

In order to offer a fair comparison, we have stacked the LEAF against similarly priced vehicles in our Rundown of 2017 Electric Car Costs. As you can see, in terms of mileage the LEAF sits a bit higher than Honda’s Clarity EV and Hyundai’s Ioniq EV, which offer just over 100 miles of range. However, at 150 miles, it is below the Chevy Bolt and the Tesla Model 3, which both offer over 200 miles of range.

While the LEAF’s battery pack isn’t the creme de la creme of all batteries, it is a step above the major market average. The closest competitor in terms of miles of range is probably the Volkswagen e-Golf, which boasts 125 miles of range and goes for a similar price.

So what about the car would make someone choose the LEAF over these models? Nissan is hoping that its enhanced features (explained below), coupled with its higher than average miles of range, will place it in the grey area between the most economic EVs and the priciest. They are hoping they have found the sweet spot between cost and features that will lead to high sales.

Favorite features of the Nissan LEAF 2018 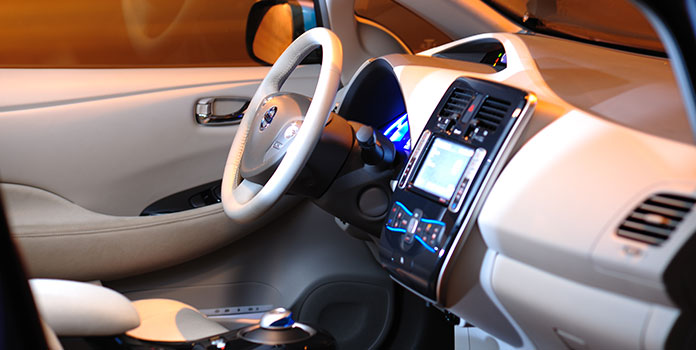 Now that we’ve covered the basics, let’s overview some of the features that make the new LEAF so awesome.

While you won’t be able to close your eyes and go hands free in a new 2018 LEAF, there is ProPilot Assist mode. Nissan’s semi-autonomous driving feature is just that, semi-autonomous. While it’s no Tesla Autopilot, it operates like an advanced cruise control setting. Not only does it control speed, it also keeps a respectable distance between cars, braking and accelerating appropriately, while adhering to changing speed limits.

The best part? It’s programmed to deactivate itself the moment it is unable to decipher lane markings. Nissan is very up-front that this is not an autopilot feature that will allow you to ever take your hands off the wheel, but will help with the majority of basic driving tasks and allow you to relax a bit more on the road. 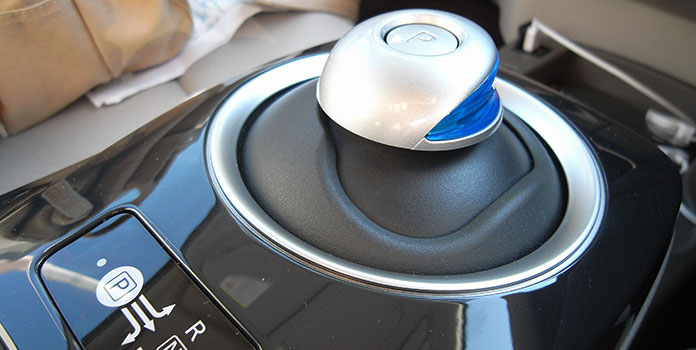 Also setting the LEAF apart from the competition is the e-pedal. Offered on all trims of the LEAF 2018, is a separate driving mode designed to substantially decrease the driver’s use of the brake pedal, saving a lot of battery power.

It works like this: the amount of brake power implemented by the car is dictated by the amount that you lift your foot off the accelerator. So, you can cruise along and the brakes will kick in automatically just by easing up on the gas pedal. This also works on hills, although Nissan clarifies that it can keep the car steady on up to a 30 percent grade.

This is another added feature than makes driving the 2018 LEAF a more pleasant, less laborious experience. What’s more, your brake pads will last longer! 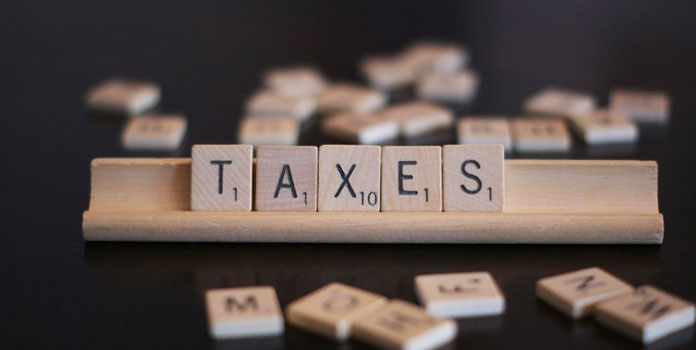 Despite recent uncertainty surrounding the possible elimination of the US Electric Vehicle Tax Credit that was tangled up in the Trump Administration’s new US tax plan, confirmation was given in December 2017 that EV tax credits will not be altered this time around.

Federal tax credits go as low as $2,500 and as high as $7,500. The amount you receive is based on the size of the electric car’s battery. While a plug-in EV hybrid with a smaller battery like the Toyota Prius Prime receives just $4,500, the LEAF’s larger battery qualifies for the full $7,500! Check out Nissan’s website to search for both federal and state incentives available for the new LEAF.

Are the new features enough?

From the general specs and the added features, it looks like the Nissan LEAF 2018 is a strong competitor in the ever more aggressive electric vehicle market. Still, in many ways, the company will need to stay ahead of the game in order to remain at the top of global EV sales.

As of this writing, Nissan is in 6th place in terms of US Electric Car Sales. The LEAF trails behind the Chevy Volt, Toyota Prius Prime, Chevy Bolt, Tesla Model X, and (top of the list) Tesla Model S.

However, the rankings do not take the newest generation 2018 Nissan LEAF into consideration — the vehicle will not officially hit US markets until early 2018. But as time moves forward, competition will be ever more fierce as Tesla works out the production kinks in its Tesla Model 3, which offers a bigger battery and longer miles of range than the LEAF for just $5,000 more.

Nissan knows all too well how competitive the electric vehicle is becoming. The company points out that while there are 18 EVs currently on the market, by 2023 there will be more than 37 models. While we don’t know what the future will look like for the LEAF, for now their sales are flying high.