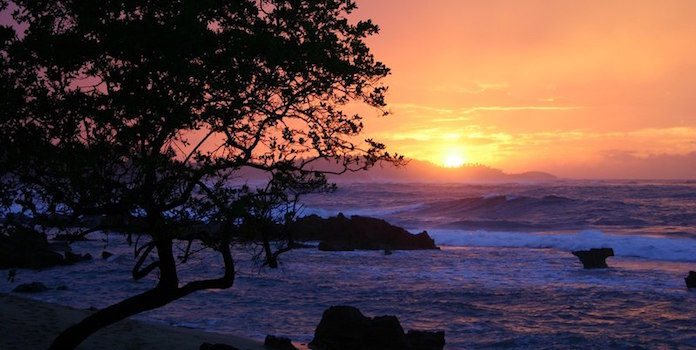 How successful are renewable energy programs on our islands?

We hear a lot about renewable energy programs in the US and all their ensuing controversies. Net metering, unhappy utilities, and even wars between the solar industry and local utilities (most famously in Arizona).

You might be surprised to find out that other areas of the US – outside the 50 states – are experiencing the same issues, but often on a heightened scale due to their isolation and the fact that they are all islands.

Let’s take a look at renewable energy in 4 of these territories: Puerto Rico, the US Virgin Islands, Guam, and the Northern Mariana Islands – to see what renewable energy looks like in each territory, what sort of programs and incentives are out there, and what the future could hold. 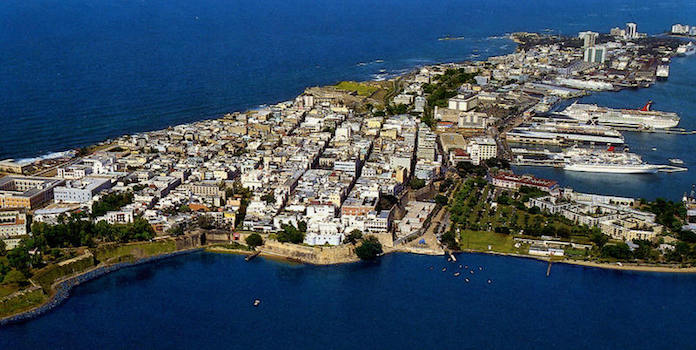 Like many developing areas in the world, Puerto Rico suffers from poor electricity infrastructure (leading to regular electricity outages) and high electricity rates. At almost $0.20/kWh, they’re about 2x as high as the US average!

These high prices are brought on by Puerto Rico’s electricity sources. Besides the handful of renewable energy projects on the island, all electricity comes from imported fuels. In 2015, 51% of their electricity came from petroleum (yes, they’re burning diesel fuel, like many other islands, including Hawaii), with coal and natural gas accounting for 48%. Renewable energy accounted for just 2%.

With these high prices, it’s no wonder that the local Puerto Rican government has taken many steps to encourage renewable energy on the island and they’ve done a great job of rounding out a great mix of incentives and policies.

Like many other island nations and territories, Puerto Rico has ample sun, wind, and surf. They just haven’t quite been able to harvest them to produce electricity.

To help fix this issue, the government adopted a Renewable Portfolio Standard back in 2010, mandating that the Puerto Rico Electric Power Authority (PREPA, the sole electric utility on the island and one of the largest in the entire US, with 1.5 million customers) source 20% of all electricity they sell from renewable sources by 2035. These sources can include solar, wind, tidal, wave, ocean thermal, hydro, and many other options.

To encourage homeowners to install solar, Puerto Rico also guarantees a very solid net metering policy to residents with solar installations up to 25kW. They receive 1-to-1 bill credits for any excess electricity they put into the grid and are paid out after 12 months at about half of the residential rate ($.10/kWh vs $0.19/kWh) for the first 75% of the credits, with the last 25% going to credit public schools (an interesting system we don’t see on the mainland!).

In late 2016, the government also passed new regulations to streamline the permitting and interconnection process for solar installations as well as install meters that can be read remotely.

Beyond the RPS and net metering, the territory also offers property tax exemptions for solar equipment, tax deductions for solar water heating, and tax breaks for businesses that either adopt renewable energy or produce equipment for renewable systems.

While renewable energy in Puerto Rico is still in its infancy, all of these policies seem to be working. As of 2016, Puerto Rico enjoyed 177 MW of commercial solar installations and 110MW of distributed solar (ie residential rooftop solar) – a 45% increase over 2015! 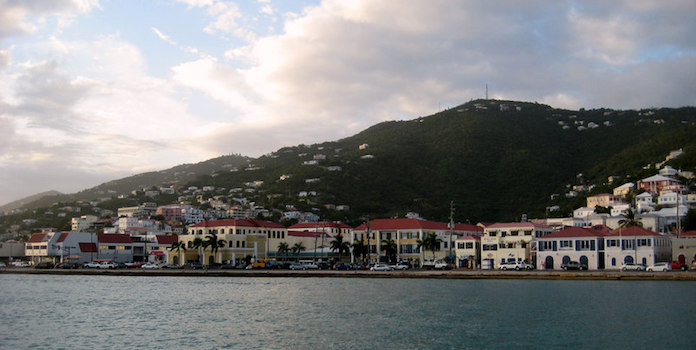 The US Virgin Islands suffer from the highest electricity prices in the Caribbean, an incredible $0.47 per kWh in 2015, much higher than the already-high regional average of $0.33 per kWh. Like most of the islands here, the population of 104,170 people relies heavily on imported diesel fuel for their electricity, leaving local energy prices at the whim of global oil prices.

To this end, the Virgin Islands offer rebates for solar water heaters, bans HOAs or other covenants from restricting solar installations or access to sunlight (which many states haven’t even passed yet), and sets standards that 70% of all water heating in buildings come from solar water heaters (also quite a feat).

In addition, residents and businesses that install solar or wind systems under 10kW are eligible for retail rate net metering (though the credits are handed over to the utility after 12 months). Net metering can account for 10% of the peak load of the utility’s electrical system.

To further encourage homeowners to install solar, the US Virgin Islands offers incredibly high-performance payments for solar installations, offering around $0.26 for each kilowatt-hour of clean electricity produced – that’s pretty much higher than any other performance incentive found any US state.

All of this has led to high penetrations of solar on the islands. Recent information is scarce, but in late 2014 there were more than 1,000 distributed solar installations, meeting about 10% to 12% of peak demand (depending on the specific island). This is a pretty astonishing accomplishment when compared to other areas of the US! 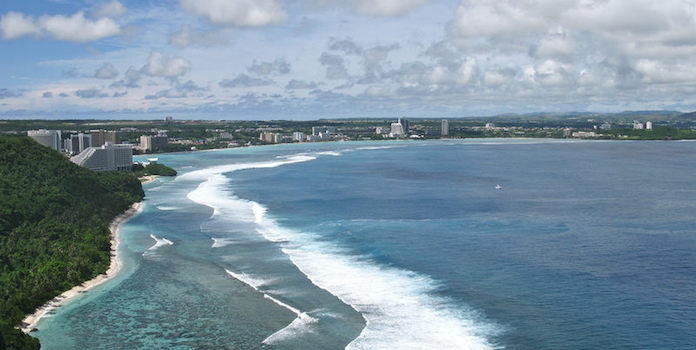 Guam continues to reel from the same net metering battle the solar industry has faced in many states.

Like utilities in Arizona and Nevada, the Guam Power Authority (GPA, Guam’s only electricity company) has offered net metering (due to government mandate) for a whole host of technologies: solar, wind, microturbines, fuel cells, biomass, hydroelectric, and any combination of these.

And just like those other utilities, GPA claims net metering is an unbalanced, unfair incentive program and wants to change it. As of July 2017, the battle continues to wage as the 2 sides involved point out different (and opposing) benefits and drawbacks of net metering and grid-connected solar in general. Due to the island’s isolation and unique energy needs, many pro-solar advocates believe the utility is undervaluing the benefits that solar brings to the grid.

We’re still waiting to see how net metering plays out across the US, though with net metering making a comeback in Nevada in 2017, the outlook seems promising. In Guam, what happens to net metering could have even bigger ramifications beyond just a homeowner’s financial situation – affecting the island’s own energy independence. 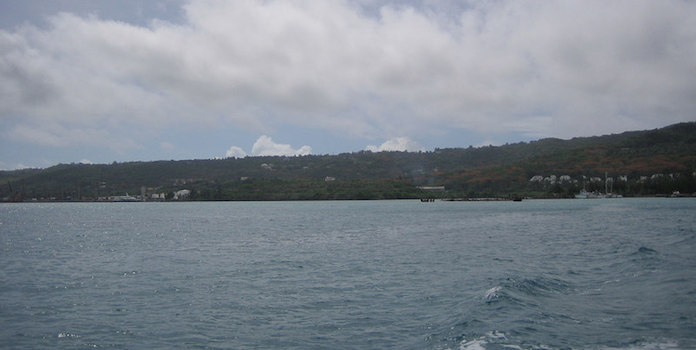 The Northern Mariana Islands sit close to Guam in the Pacific Ocean. Just like most of these islands, nearly 100% of N Mariana Island’s electricity is produced from imported fuel, specifically 22 million to 24 million gallons of diesel fuel each year.

With the volatility of fuel prices over the last few years, electricity rates have varied accordingly, topping out at an insanely high $0.48 per kWh (which would be the highest in the US, period) though today, residential prices hover around $0.19 per kWh, still about 30% higher than the US average’s $0.13 per kWh.

In 2007, the island territory set one of the most aggressive RPS goals in the entire country: 80% renewable by 2014 – a very ambitious plan, to say the least!

Even though it is such a small island, those targets proved to be a bit too ambitious. Seeing that the utility wasn’t quite meeting that goal, the local government amended the rule, lowering the goal to a still-aggressive 20% by 2016.

Unfortunately, there was a clause in the RPS that if no ‘cost-effective’ way could be found to produce this renewable electricity, the utility would be exempt from the standard. As of 2017, this seems to be the case, with the Commonwealth Utilities Corporation (the utility) missing these targets.

In 2010, renewable energy accounted for absolutely zero electricity on the island. Even today, only small-scale wind and solar projects have been built, mostly on government and school buildings.

The government is still seeking to encourage renewables on the island. Solar homeowners are eligible for net metering rates, receiving retail-rate bill credits for any excess generation throughout the year, and 50% of the retail rate for any credits left over after 12 months (which isn’t fantastic, but much better than other states, where residents simply lose those credits to the utility).

In addition, net metering can count for a whopping 30% of the island’s peak demand. In most states, net metering is capped at 5% or so of peak demand, so this high allowance sets the stage for solar to flourish on the island as few roadblocks are in place (at least in regards to net metering).

The fate of renewable energy programs in US territories

Renewable energy could bring more stable, low-cost electricity to all the residents in these territories, but only when the utilities start looking towards the future. Unlike other more land-locked areas, islands are the perfect place for renewable energy, with bountiful sun, wind, and surf. Hopefully, as the price of renewable technologies continues to drop, we’ll see more solar and wind not only in these territories, but across the entire US.

Do you have any experiences with renewable energy on the islands? Let us know in the comments!