Could a Solar Corner of Utah Supply All America’s Power? 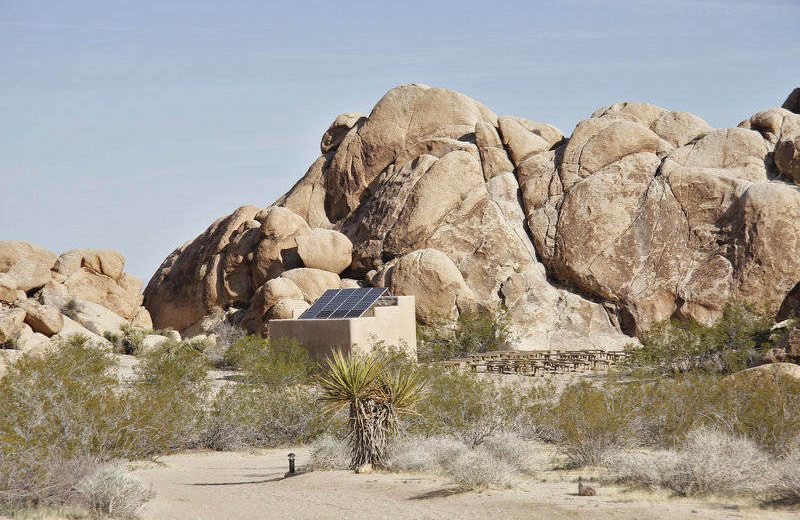 During a talk at the Sorbonne University at the 2015 Paris Climate Conference in December, Elon Musk suggested that the world could conceivably be powered entirely by solar energy, and with a lot less solar square footage than you’d think.

“Let’s say if the only thing we had was solar energy—if that was the only power source—if you just took a small section of Spain you could power all of Europe,” he told the crowd. “It’s a very small amount of area that’s actually needed to generate the electricity we need to power civilization. Or in the case of the U.S., like a little corner of Nevada or Utah would power the United States.”

It’s no surprise that Elon Musk is a huge cheerleader for solar energy. While he’s likely best known as the CEO of innovative Tesla motors and the SpaceX program, Musk is also the chairman of Solar City, one of the big players in the American solar installation market. Musk knows solar photovoltaic technology and its potential economic and ecological benefits very well.

Of course, Musk’s hypothetical Utah solar field is unlikely to ever happen. We’re not going to see hundreds of square miles of the American desert covered up by photovoltaic arrays. There are ecological side-effects to covering up a landscape with solar panels, and it probably wouldn’t be wise or efficient to power the entire country from what would essentially be one giant power plant.

But the numbers are striking.

Nadine May, in her 2005 thesis for the Technical University of Braunschweig in Germany, calculated that given the average efficiency of the commonly available solar panels at the time, an area of 254 km x 254 km would be enough to meet the total electricity demand of the world.

That’s incredibly small on the global scale: 64 thousand square kilometers (25 thousand square miles) is about the size of the island of Sri Lanka, or about half the land area of Mississippi. That calculation was made a decade ago – the necessary area would probably be smaller today given the advances in solar panel efficiency.

Location and size of Sri Lanka

Why not cover up unused empty space with solar panels?

We’ve seen it done in plenty of instances. That’s the point of solar-panel-covered rooftops, after all: putting a sun-drenched surface to good use. We’ve seen the Massachusetts Department of Transportation transform dead space beside their interstate highways into solar farms, and developers in Japan are covering abandoned golf courses with solar photovoltaic panels in order to supply new residential developments with power. Dead space may as well be solar space.

The current model of fossil fuel power is destined to failure when the raw materials are exhausted, and Musk made it clear that he is a huge proponent of getting the most out of what he calls the “big fusion power plant in the sky.” He told the COP21 crowd that “there’s going to be no choice in the long term to move to sustainable energy. It’s tautological. We have to have sustainable energy or we’ll simply run out of the other one.” A shift to electrical transportation, powered by renewably-generated energy, is, in his opinion, the only way for us to move forward.