What Is Bad About Solar Energy?

There’s always a flip side: What is bad about solar energy?

We all know the good parts about solar energy: financial savings, cleaner energy, and little more independence from your utility to name a few. With all these positives, this might leave you wondering what is bad about solar energy? For the most part, solar energy is a win-win for all involved – you save money and the environment is happier- but there are two sides to every coin.

Read on for the top 6 most common bad things about solar energy.

We’ve all heard about how expensive solar is and, yes it’s true, but only in a limited sense. Solar is an investment – solar panels, equipment, and labor all quickly add up, but the savings you see far outweigh the initial cost. That’s why we like to talk about solar in terms of investment and return on investment. It’s a rare purchase that will pay you back.

Think of it this way: opening a new store is expensive, but (from a purely monetary point of view) would you say it’s a bad investment (assuming it’s successful)? Of course not! After that initial super-high investment to open the store, the owners reap the financial reward over and over again. Solar is no different, it’s expensive initially to purchase and install, but it’s been proven time and time again that after 20 years (and sometimes as short as 5 years), most homeowners will save thousands of dollars over their initial investment.

If you just can’t foot that initial bill to purchase your solar installation outright, other ownership models like leases, power purchase agreements (PPAs), and loans are there to make the process even more affordable and easy. So yes, installing solar is a high upfront investment, but there are ways to make it more affordable!

Manufacturing solar panels both requires and produces toxic chemicals throughout the process. Hydrochloric and hydrofluoric acid (both very caustic substances) are used to refine and clean the wafers of silicon (which is the main building block of most solar panels). The refining process also produces silicon tetrachloride, a toxic compound that produces hydrochloric acid when combined with water.

These chemicals can largely be safely recycled, but unfortunately over the last 10 years stories from China (the world’s largest producer of solar panels) have surfaced of these chemicals being spilled or dumped into rivers and agricultural fields. One spill from a solar panel manufacturing plant in 2011 even led to the deaths of hundreds of fish and pigs in the local area, inciting local residents to picket the factory.

You can’t deny these horrible incidents happened, but an important distinction needs to be made here. These horror stories aren’t endemic to the solar industry – they’re outgrowths of poor management decisions and practices.  In 2011 (the same year as the spill above), China passed legislation requiring solar manufacturers recycle 98.5% of all tetrachloride produced, a fantastic step to a cleaner, more responsible solar industry. As the industry grows, matures, and more stringent health and safety regulations are adopted, these horror stories will hopefully become less and less common.

And also keep in mind that, once up and running, solar panels produce zero emissions. Coal-fired power plants, on the other hand, produce about 3 million pounds of CO2 annually – and that’s not due to spills, dumps, or any other accidents!

For more on the environmental effects of solar panels, check out our article “Is Solar Energy Renewable or Nonrenewable?” 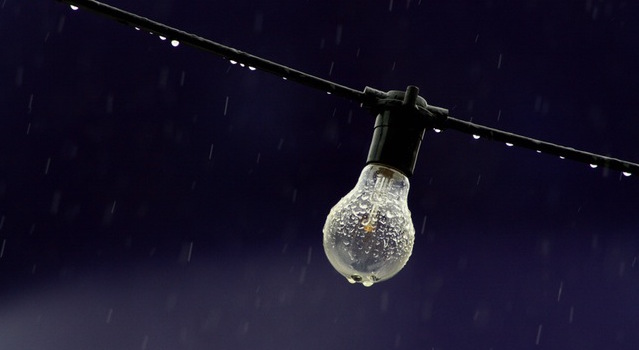 As with most renewable energy sources, solar panels don’t provide power consistently. Unfortunately we as humans simply don’t have control over sunlight. Clouds come in and hang around for days. The sun sets at different times throughout the year. You can’t just turn on your solar installation and expect it to produce electricity indefinitely and at all times of the day. Unlike coal-fired power plants or even our gas-powered cars, we can’t control when and how much fuel to give our solar panels – that’s up to Mother Nature to decide.

For most of us with solar panels on our roofs, the intermittency of sunlight isn’t too big of a deal. We’re connected to the utility grid, so when the sun’s not shining we simply pull power from the utility. No big deal.

This intermittency though does cause problems if you’re off the grid, with no backup power available from the utility. Imagine it’s a bright and sunny day and you’re washing clothes in the clothes washer. Everything is going great, when uh oh, you didn’t time this very well and now the sun’s beginning to set! Your washing machine stops halfway through the cycle! What to do?

This situation is why off-grid homeowners typically install a bank of batteries to complement their solar panels. Batteries allow you to store up electricity for those times when the sun’s not shining. It’s very convenient and really a necessity if you plan to live in the home for more than a couple of days at a time, but installing batteries adds some serious costs to your solar installation, so it’s really only adopted by those who have no other option.

That may be changing, however, as newer and better batteries (like the Tesla Powerwall II) come on the market. 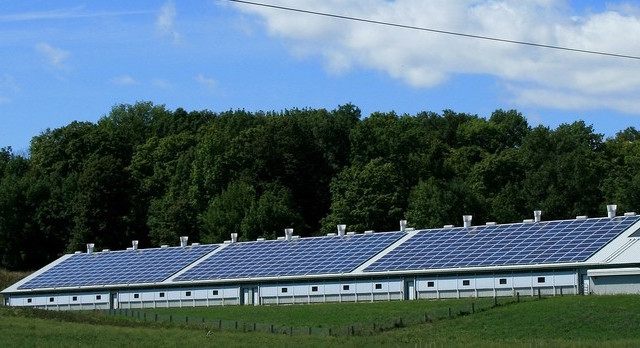 Solar panels require a lot of space. The typical residential panel only produces about 15 watts per square foot in perfect conditions, so you’d need 4 square feet of solar cells (about ¼ of a typical solar panel) just to power a 60-watt incandescent light bulb! Now imagine all the other electric gadgets in your home you use every day that your installation needs to power: refrigerators, microwaves, laptops, TVs, washers and dryers. You’re now seeing why homes need a lot of solar panels! (The average residential installation is around 20 panels, but can climb to over 100 panels for homes with high energy use.)

With each solar panel measuring about 3’ x 5’, your installation needs a lot of space! For homeowners, installing on the roof is the perfect solution – it’s a large, unused area that you’ll probably never take advantage of otherwise.

These space requirements though are a serious issue for large utility-scale installations composed of millions of solar panels. Solar companies typically need large tracts of undeveloped land, which can become troublesome if the company doesn’t do their homework. Case in point, the ultra-large 250 Gigawatt Genesis Project, a utility-scale Concentrated Solar Power (CSP) installation that covers almost 2,000 acres of land managed by the Bureau of Land Management (BLM) ran into serious issues when Native American artifacts were found on the site and local kit foxes were killed during construction.

While solar panels are constantly becoming more efficient (and therefore installations require fewer panels for the same amount of energy), this doesn’t take the place of proper study and planning of the proposed installation area. As utilities and businesses install more and larger solar power plants, knowledge of the construction area and how the installation will affect local wildlife and environment – and how to act on this knowledge – will become more and more important.

Just like any materials in construction or energy industries (steel supports, 2x4s, coal, oil, etc), solar panels are made from earth’s finite resources. The most common solar panels use silicon for the actual solar cells, aluminum for the frame, copper for the wires, and silver for electrical contact points. Thin-film solar panels use many more rare materials (PDF, p.24), including tellurium (which is 3x as rare as gold), germanium, selenium, and indium.

In the last few years, the solar industry and its’ watchdogs have focused more and more on the use of these scarce minerals in solar panels as well as how to recycle them. The US federal government opened the Critical Materials Institute in 2013 as part of the Department of Energy’s Ames Laboratory to study these rare materials and prepare for shortages in the future, either by adopting new alternative materials or reworking the supply chain.

With between 60 and 80 million tons of waste expected from solar panels by 2050, responsibly dealing with all these old panels is slowly coming to the forefront. A 2016 report from the International Renewable Energy Agency (IRENA) found that the value of the recycled materials in solar panels could be more than $15 billion by 2050! That’s big money, and as the industry matures and old panels are thrown out and replaced, more and more companies will likely jump on this lucrative bandwagon, providing a very necessary last step in the solar panel lifestyle. 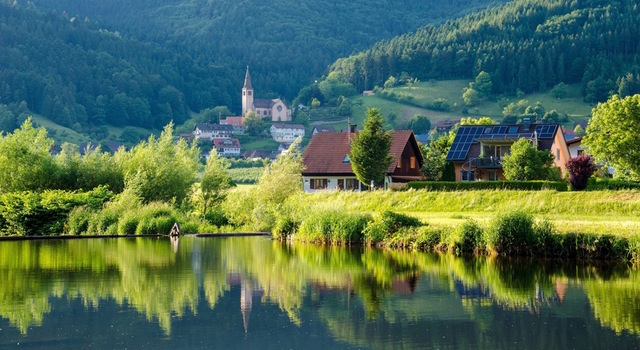 Some people love the blue, boxy look of solar panels, while otherwise wouldn’t be caught dead with them on their roof. It’s true, today’s solar panels have a certain look about them, but beauty is always in the eye of the beholder. Other homeowners think solar adds flair (or at least a social statement) to their home’s exterior. So really, the visual element is more of a characteristic of solar panels more than a detriment, it’s just a characteristic some people don’t like.

Elon Musk is doing his part to overcome this challenge to solar, introducing Tesla’s solar shingles in late 2016. These hardened glass tiles look like normal roof shingles or tiles but hide a small solar panel underneath the glass. For those who want to install solar but don’t appreciate the look of traditional solar panels, these solar shingles will be the perfect option when they are commercially available (planned for 2017).

Conclusions: What is bad about solar energy?

From our perspective, compared to the upside (and other power sources) there isn’t that much to be concerned about with solar power.