Is Solar Energy Renewable Or Nonrenewable? 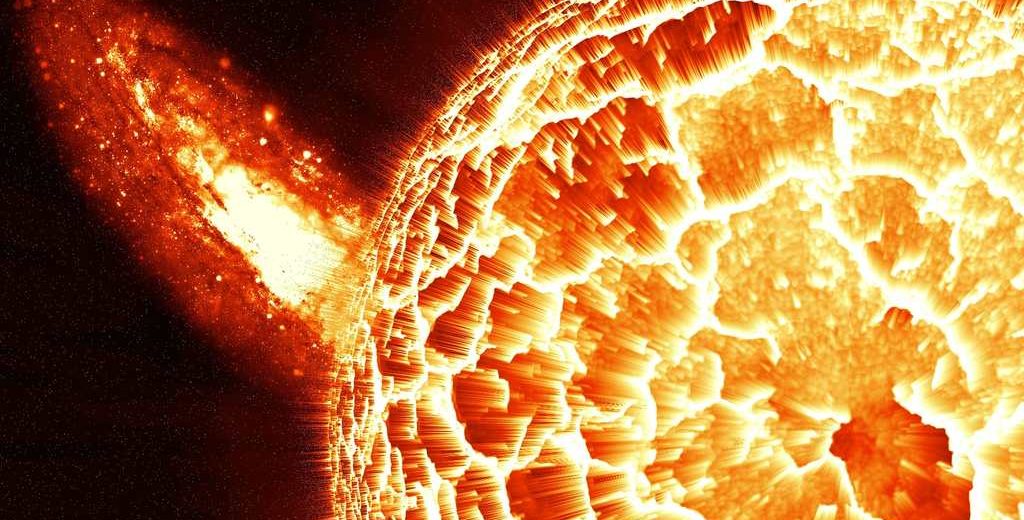 Is solar energy renewable or non-renewable? When we think of renewable energy most of us know we’re talking about power coming from an infinite source of energy.

The sun is such an energy source. Thus, solar energy IS renewable (yes, even if in about 5 billion years of time, the sun will start to die).

However, when we hear someone talk about renewable energy, many of us also mix in the idea of sustainability – that a power source can be used long-term without any serious consequences to the earth.

We all know that photovoltaic (PV) solar panels produce electricity from an infinite energy source, namely the sun.

But is solar truly sustainable?

Many have raised this question of sustainability over the last 30 years, calling out the intensive manufacturing process which uses and produces fairly toxic chemicals. In addition, recent accidents at solar cell manufacturing plants have raised global awareness of the dangers of chemical spills and accidents at these factories.

So, is solar truly a renewable, and sustainable, energy source? Today, let’s look at solar panel’s manufacturing process, disposal, and components to see whether they truly are as good for the earth as we often think they are!

To many this may seem like splitting hairs, but an important distinction must be made between ‘renewable’ energy and ‘sustainable’ energy. Renewable energy is produced from an infinite energy source, like sunlight or wind. A “sustainable” energy takes a more holistic approach – looking at the fuel source, manufacturing process, and emissions, and disposal once the product has reached the end of the road.

Sustainability, on the other hand, looks at everything in a produce life cycle. From emissions during manufacturing, to toxic chemicals or excessive water use during the manufacturing process. It looks at the components used in its manufacture (is the product itself made of finite substances harvested from the earth?) and if the product can be properly disposed of or recycled to reduce waste or prevent toxic leaching.

Renewability and sustainability certainly go hand-in-hand. An energy source, in fact, can’t be sustainable, if it isn’t renewable. But in reality, we must distinguish between the two, as it doesn’t necessarily work the opposite direction: a renewable energy source might not be sustainable, so care must be taken to make sure we are doing the right thing for our environment.

Now that we’ve cleared up those definitions, let’s confirm that solar really is a renewable energy source.

First off, let’s state the obvious: solar is, of course, renewable. Photovoltaic solar panels transmit the sun’s light into electricity with no effect on how much sunlight we’ll have in the future. 100 years from now, it doesn’t matter if we have 100 solar panels or 1 million – it wouldn’t affect the amount of sunlight we receive in the slightest (despite recent reports that some believe otherwise).

To give you some context in regards to non-renewable energy sources, there is great debate on when worldwide coal reserves will run out. The US Department of Energy’s Energy Information Administration (EIA) estimated that the US currently has a 200 year supply of coal.

However, a 2015 report from Clean Energy Action, a clean energy advocacy group based in Boulder, Colorado, found that the EIA’s findings were based on outdated data and that they didn’t distinguish between coal that is economically viable to mine and coal that is too deep and difficult to mine (and therefore cannot be counted as future supply).

According to Clean Energy Action, our supply of coal will run out much, much sooner.

One thing though is certain: A finite amount of coal exists and if we continue using it, one day it will be gone. It’s nice to know that, with solar energy, this will never be a problem.

Whether or not solar is sustainable is a more complex question. As we’ve said, sunlight is an infinite energy source. When solar panels transform the sun’s light to electricity, zero carbon emissions are produced. Unlike a coal- or natural-gas powered electricity plant, there’s no CO2 emissions, no sulfur dioxide emissions, nitrogen oxides, soot or ash, and no mercury emissions to filter.

While coal power plants have come a long way in the last 30 years towards drastically decreasing their emissions, a typical coal power plant still produces about 3,000,000 pounds of CO2 emissions annually.

In comparison, the average gasoline-powered car produces about 10,000 pounds. And the average solar system? It produces, yes, zero emissions. Quite a difference.

However, the story doesn’t end there. There’s another potential source of emissions and toxic chemicals related to solar that has many questioning if solar really is good for the planet.

When we look at sustainability, we don’t just analyze how the system produces power. This has been a point of some contention recently with PV solar, as its manufacturing process is intensive and uses and produces toxic chemicals, as well as heavy use of water and electricity during the process.

Because of this, many are already discussing how to properly dispose of and recycle solar panels. With a useful life of at least 20 years – but possibly closer to 30 or more years – most solar panels in the world haven’t met the end of their useful lifespan yet, so few solar companies or cities have proposed concrete plans for proper disposal.

Silicon (the 8th most prevalent element in the universe) is the basic building block of solar cells and what translates the sunlight into electricity. To obtain pure silicon like solar panels require, manufacturers start with quartz and, through several intensive procedures, refine it into pure silicon. During this refining process, both carbon dioxide and sulfur dioxide are released into the air, but at such low levels they can’t do much harm.

In fact, when emissions from the entire lifecycle of PV solar panels are compared to the emissions of more conventional generation (like coal), they produce about 90% less air emissions.

Over the last 10 years there have been a handful of incidents where panel manufacturers have spilled, leaked, or purposely dumped these chemicals into nearby rivers or fields. In 2008, a cell manufacturer was caught dumping silicon tetrachloride into nearby fields. In 2011, a solar manufacturing plant in China accidentally released hydrofluoric acid into a nearby river, killing hundreds of fish and the pigs that farmers bathed in the river. Local residents stormed the plant in response and picketed outside. News agencies worldwide picked up these stories as well, bringing greater attention to this issue.

In response, China (who produces half of all PV panels worldwide) in 2011 introduced more stringent rules around recycling these chemicals during the manufacturing process – setting a requirement that 98.5% of silicon tetrachloride to be recycled. Awareness around this issue is also steadily rising, due to news coverage of the high profile spills, as well as the work from the Silicon Valley Toxics Coalition, a nonprofit dedicated to tracking emissions during the panel manufacturing process. They annually release a Score Card that assigns solar manufacturers a sustainability score.

It’s also important to keep in mind that the solar industry isn’t the only player in the energy world that has accidents. In 2014, an undiscovered leak in a tank at a chemical storage facility in West Virginia allowed 10,000 gallons of 4-methylcyclohexane methanol, a chemical used to purify coal before use in a power plant, into the Elk River outside Charleston and then made its way into the city’s water treatment center. The governor of West Virginia declared a state of emergency and warned 300,000 residents to not drink, cook, or bathe in the water.

So, Is Solar Good for Us?

In a word, yes! Even accounting for the chemicals used in the manufacturing process, the minerals and metals used to create solar panels, and the high-profile accidents that we’ve heard about, solar is still the go-to sustainable energy source for most the world. It’s simple, produces no long-term emissions, and uses very little natural resources when compared to coal- and natural-gas fired power plants.

In regards to the chemicals used during the manufacturing process, proper handling and care could prevent the majority of accidents (and in some cases poor decision making) that have cropped up over the last 10 years. And by properly recycling solar panels, we can save and reuse many of the metals and minerals that are incorporated into solar panels.

So really, it’s up to us to ensure that solar energy is both renewable and sustainable.