Can You Walk on Solar Panels? 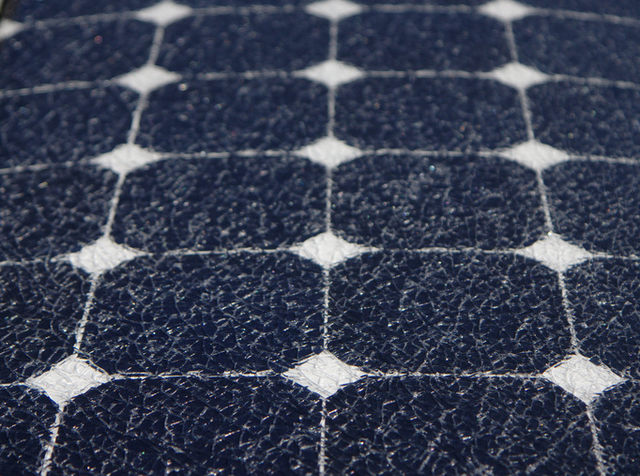 Walking on solar panels doesn’t sound like a great idea

On first hearing this question, my initial reaction was, “This is going to end badly.” Outside of the much-maligned Solar Roadways project, I hadn’t heard of any solar panels you could walk on. I also couldn’t bring to mind any cases where you’d want to, outside of being a ninja trying to ensure you left no trace on a target’s roof.

Ninjas aside, I have since come across a couple of minor cases where wanting to stand on solar panels is understandable. It’s something I’ve seen yacht owners asking about, trying to make use of very limited deck space.

So, the question remains — can you walk on solar panels?

Early on in my investigations, I came across this promotional video from SolarWorld. In the video they make a point of showing off how strong their panels are, simulating some incredibly vicious hail, walking across them, and even going so far as to drive a truck over them. Clearly, the panels shown in the video can take the stress with no problems… But.

There’s a problem — we never see the panels actually working, either before or after the test.

Now, this was a promotional piece, and not a scientific test. That said, I’d want to see the voltage coming out of those panels before and after the tests shown before I risked stomping across panels I hoped to use — even more so if I were paying for them out of my own pocket. With that in mind, I went hunting for datasheets.

Beyond being part of SolarWorld’s Sunmodule range I wasn’t able to identify the exact model shown in the video, so I grabbed a data sheet for a panel that looked about right – the Sunmodule Protect SW 285-300 MONO, a monocrystalline silicone panel. When edge mounted as shown in the video, the panels are rated for a weight of 178 pounds per square foot.

Does the warranty cover walking on solar panels?

SolarWorld offer what looks like a reasonable warranty, but as you’d expect, it includes a number of exclusions. Among those is this one:

i. Damage or failures caused by external factors (including weather, animals, vandalism, accidents and the like)

I suspect parking what appears to be a Toyota Tundra on top of them counts as an external factor.

Even watching the glass taking the weight in the demonstration, going by the Tundra’s curb weight we’re looking at somewhere in the region of 1,350 pounds over each wheel. That’s a point load rather than spread over a large area, and there’s no way it doesn’t exceed the 178 pounds per square foot on the datasheet. While the glass layers can evidently take it, it wouldn’t be a surprise if the rest of the panel was in pretty poor shape.

How much weight is actually involved?

The loads on these panels are generally specified with wind forces or the weight of snow in mind. Depending on where you live, snow an way a lot. But probably weigh less than a Toyota Tundra. Let’s assume you’re a perfectly average American everyman, standing about 5 feet and 8 inches tall,  weighing 195.5 pounds and sporting a stylish pair of size 10 1/2 shoes. The ground reaction force when you walk is somewhere in the region of 1.5 times your body weight, so every time you step on a surface whilst moving you’re pushing down with as much as 293 pounds.

The dangers of dirt

Even if the panel can handle all that weight, treading on it is a bad idea. Your feet get pretty filthy — you use them to touch the floor, after all — and pick up all sorts of debris. The problem isn’t the muck or dirt that might be on your shoes, as that can be hosed off easily enough. More of a concern is any grit, stone chips or small shards your feet might have collected.

Suddenly you aren’t putting big rubber soles down, but hard, sharp points. Any hard debris stuck in the sole of your shoe is going to scrape and gouge into the surface of the panel. With enough weight behind it you might even puncture it or cause large cracks. Exactly how badly this will affect the panel will vary depending on the type, but it won’t do it any good.

Additionally, if you try and return a panel as defective, there may be questions asked if the manufacturer finds a footprint in the middle of it.

What about thin film solar panels?

I wasn’t able to find much in the way of specifics for thin film panels — it’s going to vary a lot by the manufacturer and model, as well as details like whether or not the panel is framed. My instinct is to say that treading on thin film panels will be even worse than the rigid panels we’ve been using as examples so far.

In a crystalline silicon panel all the weight is taken by the tempered glass layers in the panel’s make up. These aren’t present in a thin film panel, so all your weight will be going straight onto the cells themselves. The coating over the cells is very thin — nanometers in some cases — and if it gets punctured or torn it won’t do it any good.

On the flip side, some varieties of thin film panels are designed to be laid directly on a roof, so the weight of your foot will be transferred straight to the roof below. I still wouldn’t recommend it, as you’re just as likely to scratch or damage the cell. Also, any debris below the panel is going to be punching into it if you tread on top of it.

What about Tesla’s Solar Roof Tiles?

It isn’t yet clear how impact resistant Tesla’s new roof tiles are, since they aren’t out yet. That said, it’s clearly built into the design.

What if you can’t avoid treading on a panel?

If you find yourself in a position where you really do have to move across a panel, then there are a couple of things you can do to minimize the likelihood of causing any damage:

Unless you’re a very skinny ninja with exceptionally clean feet, I can’t recommend walking on your solar panels. Those plans for the energy-generating deck in the back yard may need some revision.