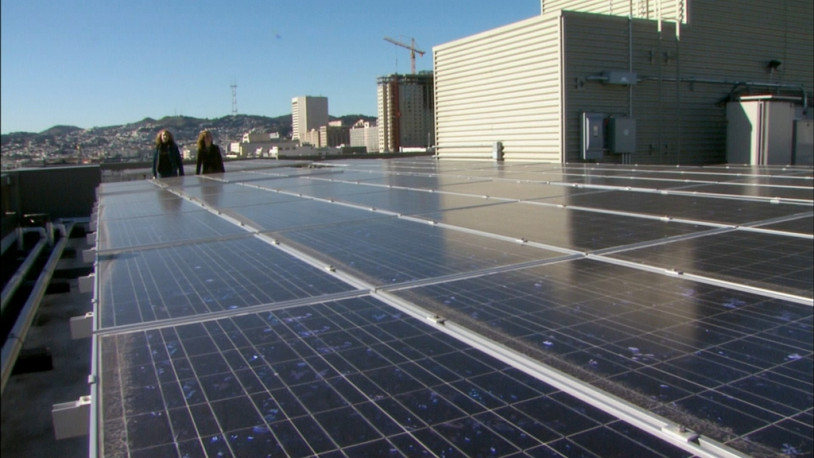 Solar costs have seen a remarkable drop in the last few years – now solar is competitive and even cheaper than fossil energy in some regions!

Solar is getting cheaper fast.

Now in 2015, there have been some stunningly low solar prices bid, not only in the US, where there is still a 30% tax credit and solar was recently bid in Nevada at 3 cents a kilowatthour, but in Chile, where there are no subsidies and in auctions this year in India, where the winning bid beat fossil fuels.

In both Chile and India, solar was shown to be clearly the cheapest option compared to either new coal-fired or natural gas-fired electricity.

In Chile, an open auction was held, so coal and gas were competing against solar and wind, purely on price. Not one fossil fuel bid was competitive. Solar PV was the winner, with a bid of just 6.5 cents per kilowatt-hour.

In India, the US firm SunEdison beat all competitors with a bid the equivalent of 7 cents per kilowatt-hour, a record low for India where coal, especially if it is imported is more expensive than 7 cents (INR 4.63/kWh).

In the US, nobody is considering building new coal, given the Obama administration “War on Coal” AKA the Clean Power Plan (CPP), so there are no more coal bids at these auctions, but natural gas prices are at an all-time low, so you would expect it to be hard for solar to beat them.

Yet, even in Texas, solar bids have beat natural gas bids, with a price under 4 cents per kilowatt-hour, bid for a 300 MW PV project to be built by FirstSolar. Even without the tax credit, this would still be under 6 cents. Two projects in Nevada, built by SunPower and First Solar will add 200 MW to the grid for Warren Buffet’s NVEnergy, and were preferred over natural gas, partly because of their climate benefits, but also because these bids of 3 cents is hard to beat, by any power station dependant on volatile fuel prices to keep the fires burning with natural gas.

Extraordinarily, this indicates that the very slow-to-change utilities in the US are gradually moving to understand the long term value of utility-scale solar instead of gas power and choosing it as a hedge against rising fuel prices.

Not only does solar represent a safe energy choice for the climate, but it is increasingly seen by utilities as a hedge against fuel prices.

With the Obama administration subsidies for solar deployment since 2008, US firms have grown rapidly to become the world leaders in cheap solar development. SunEdison, FirstSolar, SunPower are the big three. The 30% tax credit grew the pipeline so fast that costs dropped even more due to the efficiencies gained from mass deployment. So it tends to be these three that now dominate global auctions with the lowest bids.

But there have been other bids in this range, by other international firms. The Saudi firm ACWA Power had bid solar at under 6 cents in Dubai earlier this year. At first, analysts had greeted these kinds of competitive solar bids with disbelief. But as more keep coming in this range, and not from just fly-by-night firms making a Hail Mary pass and hoping to survive, but by the world leaders in solar; the once-dubious analysts are gradually realizing that there has been a true sea change. 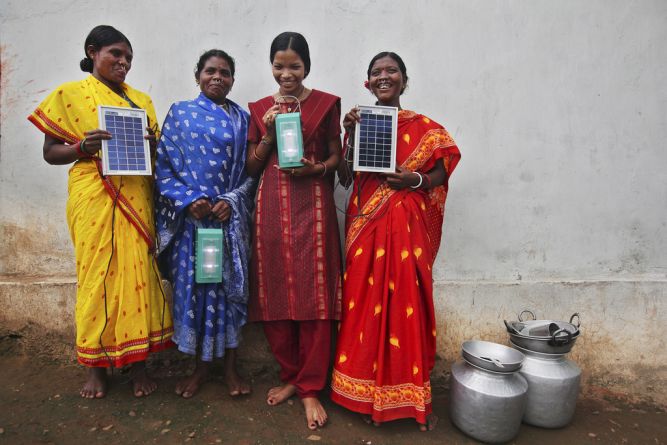 According to Jasmeet Khurana, senior consulting manager at analyst firm Bridge to India,  solar bids are now as low as those for new coal-fired power projects. These have tariffs ranging between INR 4.50/kWh and INR 5/kWh, she told PV-Tech.

India’s perception is important because whether India truly goes solar, as it has promised to do – but so far, lagged on its goals – will determine the planet’s habitability over the next several centuries. Currently, its dependance on coal is much greater than China’s. And until recently, it has been less open to renewable energy than China, which now comfortably leads the world in both solar and wind, as well as its longtime leadership in hydro.

What slowed India in its ambitious solar goal had been the resistance of its finance sector to understanding the low risks of solar, so that local banks have been reluctant to provide financing; slowing solar deployment.

Yet, its National Renewable Energy Act wants to raise solar energy deployment to an astonishing 100 GW by 2022  has grabbed headlines worldwide. With a keen insight into where the bottleneck lay; Prime Minister, Narendra Modi’s appealed to the international finance community and asked that it help.

Modi asked companies from Germany, China, Japan and the U.S. to lead the needed investment of $100 billion to boost India’s solar energy capacity to 100 GW. That has happened in spades this year.

Japan’s SoftBank Corporation was first in on India’s solar finance gold rush, with an astounding $20 billion commitment in financing.

Then almost 300 other global finance and solar industries made additional comitments that totalled more than $300 billion over the next ten years, far more than needed to meet the 100 GW goal.

Once India gets this ball rolling, with the input of this international finance, two things should happen. One, with India’s low labor costs, the world could expect to see world record low prices for solar in India as these newly financed projects get built – with international finance.

Then next; India’s own banking sector will get in on it once they see that solar is a low risk investment. Once projects are built, they are a cash cow, according to one expert at SunEdison. They are just dripping gold. But in the meantime, it is Japanese bankers who see the potential of cheap solar deployment in India:

“Twice the sunshine, half the cost, that means four times the efficiency,” as Softbank CEO Masayoshi Son told reporters in a conference.