Pros and Cons of Nuclear Energy 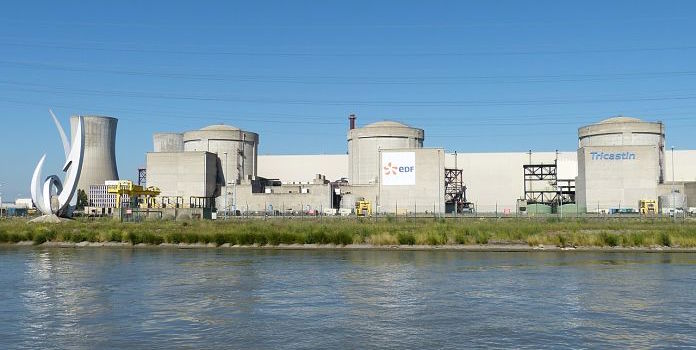 What are the pros and cons of nuclear energy, our third largest source of power?

Nuclear power plants produce 20% of all electricity used in the US, more than all renewable energy combined (including solar, wind and even hydropower), taking third place behind natural gas and coal (each of which accounts for about 30% of total electricity production).

With nuclear power covering a significant portion of our electricity needs, it obviously plays an important role in our society. On the other hand, we’ve also heard the horror stories about accidents at nuclear plants: meltdowns, leaks, evacuations, and even deaths.

In the US, these stories have tainted our view of nuclear energy (or maybe more accurately, given us a more rounded, accurate view). Case in point: the US is the biggest producer of nuclear power in the world, with 100 nuclear reactors across the country. However, we’ve constructed just a handful of new plants in the last 30 years (remember Three Mile Island’s 1979 accident?).

We use nuclear energy every day to meet our basic needs, but we’re all vaguely scared of it, having heard the terrible stories of what can happen when something goes wrong. So what’s the real story?

To help us better understand our complex relationship with this power source, let’s take a quick look at the pros and cons of nuclear energy. 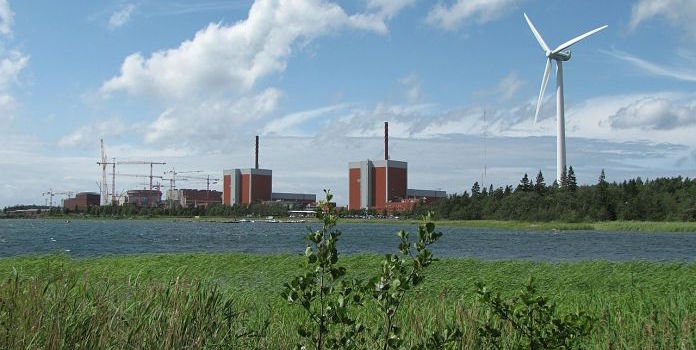 Let’s start on a positive note by taking a look at the pros of nuclear energy.

First off, nuclear energy is a very efficient power source. One gram of uranium produces about 8,000 times (pg. 2) more electricity than 1 gram of coal! This means nuclear power plants need much, much less fuel than coal or natural gas plants to produce the same amount of power.

Let’s check out a few more comparisons: For every kilogram (2.2 pounds) of coal, 9 kWh can be produced. For every kilogram of propane, 13.8 kWh of electricity can be produced. These might seem pretty good. With the average home using about 30 kWh a day, a couple pounds of coal can fuel all your electricity use for 1/3 of your day. But, now let’s look at nuclear. A kilogram of uranium with nuclear fission produces a ridiculous 24,513,889 kWh! Nuclear’s potential energy is 2,715,385 times denser than coal!

Nuclear power plants produce energy almost 24/7, and therefore are well positioned to cover what’s known as base load, or all the electricity that is used constantly day and night. Base load is composed of things like refrigerators, air conditioners, and air exchangers for large buildings – equipment that is always running no matter the time of day.

Why is nuclear so great for base loads? Let’s bring in some numbers to illuminate this. By comparing nuclear energy’s capacity factor, or how much of a power plant’s potential is actually being utilized, to other common fuels we can see how reliable nuclear power plants are.

As you can see, nuclear literally blasts every other option out of the water, meaning nuclear power plants are pumping out electricity very close to their capacity almost all the time! Natural gas is 2nd on the list, but still about 30% less efficient than nuclear. This is why nuclear is so great for base loads: it’s reliable, consistent power almost all the time.

As an aside, you can see just how low the capacity factors for solar and wind are. Solar and wind power plants don’t lend themselves to covering a utility’s base load, as they don’t provide electricity during the night (for the former) or when there’s no wind (for the latter). To cover base load, you either need power plants that can run pretty much all the time (like nuclear) or batteries to cover those times when renewable power isn’t being produced (maybe in the future?).

Until then, nuclear power is a pretty good option.

While building a nuclear power plant is more expensive than building a coal or natural gas plant, once the facility is built, the cost to actually produce electricity is much lower than the others. The EIA compares operations, maintenance, and fuel costs of power plants each year and found that, in 2015, nuclear power was the 2nd cheapest ‘traditional’ fuel source (ie, no solar or wind). Here are their findings summarized for you:

As you can see, only hydroelectric – which is very cheap – beats nuclear for day-to-day operating costs.

This last pro though is where the controversy really sets in. With no emissions, nuclear energy can actually be a fantastic alternative to the more ‘dirty’ fuel sources like coal or natural gas. But of course, nuclear power isn’t perfect. Nuclear plants can have (and have had) accidents and spills with serious environmental consequences.

It’s almost like nuclear power is great for the environment… until it isn’t. All of this unfortunately now leads us into our discussion of the cons of nuclear energy. 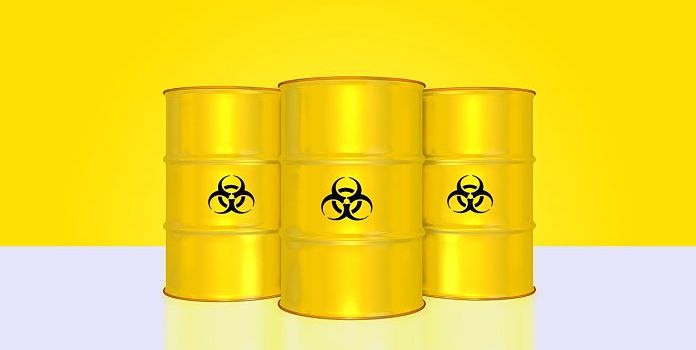 Nuclear power isn’t all rainbows and sunshine. Just like anything in life, there are negative aspects as well.

Of all the drawbacks to nuclear power, this is the biggest one, affecting both ourselves and the environment in big, no gigantic, ways.

We’ve all heard stories and seen pictures of the aftermath of different nuclear energy disasters. In 2011, Fukushima’s nuclear reactor meltdown contaminated 11,580 square miles of land in Japan. About 310 square miles of land directly around the power plant is now a permanently evacuated “exclusion” zone. Experts place the total financial loss from evacuating this area to be around $250 to $500 billion.

Chernobyl, Ukraine is home to the most serious nuclear accident in history. In 1986, the release of a reactor core caused the death of 30 plant employees within weeks of the accident, including 28 directly from radiation. 116,000 people were evacuated from the area during 1986 and an additional 220,000 relocated from Belarus, Russia, and the Ukraine later on.

While these two are certainly the most famous, they aren’t the only ones. Since the very first recorded accident in 1952, there have been 33 serious accidents at nuclear power plants. When accidents happen at nuclear power plants – however infrequent – they can produce very serious, very dangerous effects that are both wide-ranging and long-lasting.

Yes, we went there, the dreaded word: radioactive. It’s what made Spiderman Spiderman, the Hulk the Hulk, and the Fantastic 4 the Fantastic 4 (as opposed to the Normal 4, I guess). In reality, exposure to radioactive waste is not fun at all. It causes kidney damage, lung problems like emphysema and scarring, and even cancer.

All nuclear reactors create radioactive waste when they produce electricity, so the main question is how to deal with that waste safely. A large part of the problem is that radioactive waste can stay radioactive for thousands of years, making disposal and storage of spent nuclear fuel a very serious concern.

The federal government regulates nuclear plant operations, ensuring they are as safe and secure as possible. After the reactor fuel is used, the highly radioactive, spent fuel goes through a multi-stage storage process as it becomes less radioactive. First, it’s stored in special pools of water to cool the fuel and act as a radiation shield. Afterward, they are housed in dry storage containers built from concrete or steel.

As we’re unable to completely destroy the waste, and since it remains radioactive for potentially thousands of years, the name of the game is containment when getting rid of this old fuel. We’re talking concrete bunkers.

We know that nuclear power produces no air emissions when it’s generating electricity, making it a much more sustainable energy source than coal or natural gas, but that’s only part of the picture. Nuclear power’s fuel, uranium, is still a finite substance. Experts believe that if we continue to use nuclear power at the same rate as today, we have about 200 years’ worth of uranium left.

Obviously, that’s quite a long time, but let’s compare uranium’s longevity to solar and wind: 200 years vs as long as the earth, the sun, and wind exist. No matter how much we use, we’ll always have more sunlight and more wind. That’s what makes solar and wind renewable. And what makes nuclear power, even if it’s sustainable, not-renewable.

The Pros and Cons of Nuclear Energy

To sum it all up: nuclear power is great until something goes wrong. It’s a very dense, efficient fuel. Once in operation, nuclear power plants are cheap to operate. On top of all that, they produce no operating emissions, unlike coal and natural gas plants.

On the other hand, they are basically contained danger. If we keep it contained, there are no issues. If there’s a leak or meltdown, there can be serious health and environmental consequences. Compare that danger to what happens when there’s an accident with renewable energy: