Why is Renewable Energy Important? 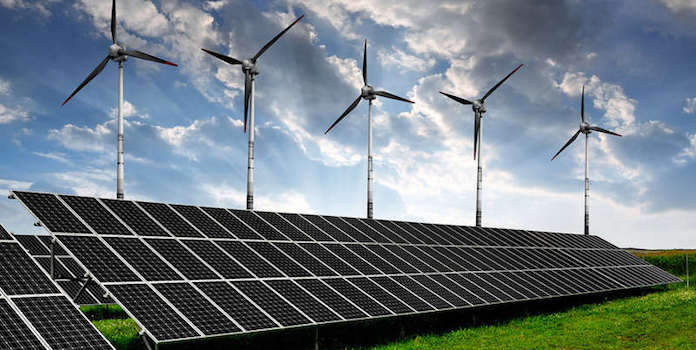 “How do I love renewable energy? Let me count the ways…”

Ever since school and poems by Emily Browning, we have been asking the question, “Why is renewable energy important?” What we all know by now is that renewable energy produces less emissions than traditional fuel sources like coal or natural gas, but did you know it can also strengthen your own energy independence, and build up your local economy?

Let’s take a look at each of these reasons to see why renewable energy is so important.

As we all probably know, renewable energy emits absolutely zero emissions when producing electricity. I specify ‘when producing electricity’ because the manufacturing of solar panels and other equipment produces chemicals and byproducts that can damage the environment if not properly recycled. Even accounting for these things though, renewable energy still sees much, much lower emissions over its entire lifecycle than coal or natural gas plants.

The electric power sector produced 1.9 billion tons of carbon dioxide emissions in 2015 alone. This number was actually the lowest in 20 years, thanks to the decreasing popularity of coal, as power plants switched over to cheaper, cleaner-burning natural gas.

If you can’t really fathom what 1.9 billion tons of carbon dioxide looks like, you’re not alone. What does that really mean? Let’s add some context.

Take a look at the graph below, from the EPA, of greenhouse gas emissions (not just CO2) in 2015. 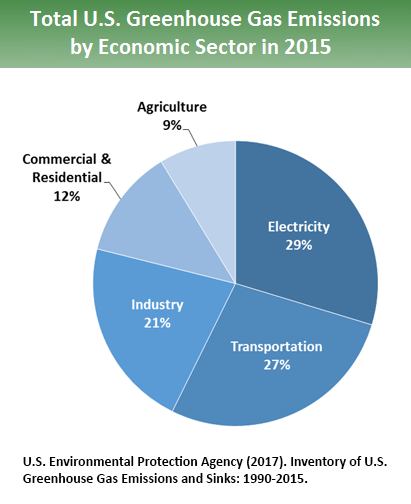 As you can see, generating electricity is the single biggest source of emissions in the US – higher even than the transportation industry (though only by 2%). Emissions from electricity generation is serious and not something we should take lightly.

Producing electricity actually generates carbon dioxide, other greenhouse gases, and a handful of other harmful substances, including:

As of 2016, renewable energy made up a respectable 14.9% of all our electric power generation, driven mostly by wind and hydropower. 15% might seem pretty low, but it’s actually quite amazing when we consider how far we’ve come in such a short time. 15 years ago, back in 2002, renewable energy only accounted for 6% of our entire electricity production (p.262), 40% less than 2016.

Today, across the Midwest and many other states, you’ll see huge windmills pumping out vast amounts of electricity and solar panels on homes across the country.

Now that we’ve gone over exactly what fossil fuel emissions are and explained the damage they cause, let’s go back to our original point: how much carbon dioxide or other emissions does all our renewable energy emit? Absolutely zero. How much do they contribute to climate change? Absolutely zero.

When we compare this simple statistic to the reality of our total emissions, you can see just how amazing renewable energy actually is – and why it’s so important for the health of our planet and children.

Contrary to what many pro-renewable energy articles claim, the vast majority of coal and natural gas consumed for electricity in the US is homegrown, not imported from other countries. US coal production and consumption follow very similar trends (see below), and in 2016, only about 8% of all coal mined in the US was exported. 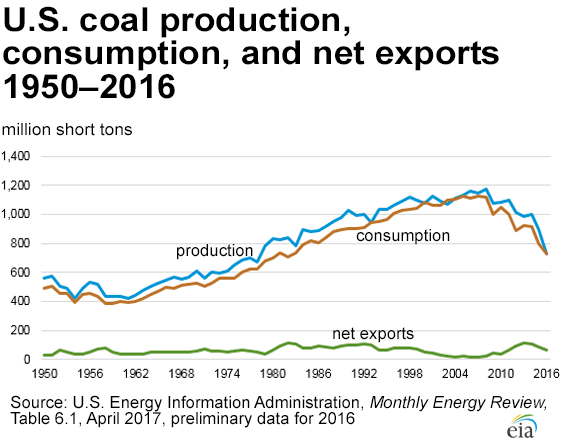 The story is similar with natural gas. The US produces almost all the natural gas that we use, thanks mainly to an abundance from horizontal drilling and fracking for oil.

Even while the fossil fuels that power our electricity plants are home-grown, the issue still remains that both coal and natural gas are finite, tradable commodities that are left to the whims of the global market. Even in a purely domestic market, as supplies dry up, fuel costs will increase and electricity prices will go up accordingly.

Renewable energy, on the other hand, works differently. You’re paying for technology, not fuel. Unlike power plants running on coal or natural gas, once solar and wind power plants are up and running, they rely on no-cost, naturally occurring fuel that will never run out. No fuel costs. No price volatility. Just reliable, clean energy.

This provides energy stability and independence for society as a whole, but it’s just as good on a smaller level. Homeowners and businesses that install their own ‘mini’ power plant add a degree of self-sufficiency and energy independence to their lives. While they’re (probably) still connected to the utility grid, the installation is producing energy right up on their own roof or backyard to be used just a few feet away.

While global coal and natural gas prices still play a small part in your life even after you’ve installed solar, you’ve successfully buffered yourself from these cost fluctuations. 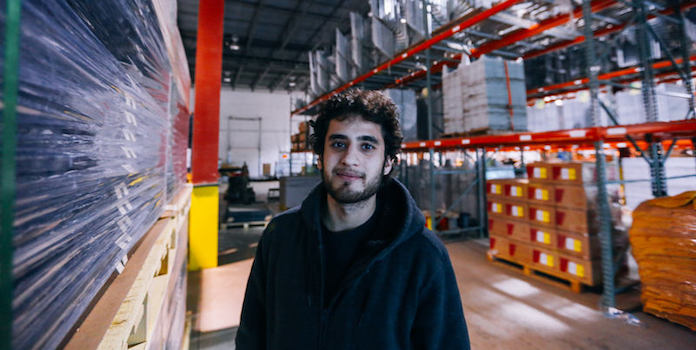 With the solar explosion over the last 10 years, solar jobs have exploded as well. In 2016, the solar industry accounted for 1 in every 50 new US jobs and outpaced the US economy in general by 17 times!

That same year, the solar industry employed 260,077 individuals, a 25% increase over 2015. Though California is home to about 40% of all those jobs, solar employment ranges from Alaska, down to Alabama, back up to Maine, and everywhere in between.

Not only that, but the solar industry is quite diverse. According to the Solar Foundation, women make up almost 1/3 of the solar industry, and Hispanic/Latinos account for 17%. Most of these solar jobs revolve around installation labor, but equipment manufacturing, sales, and project development all make up a significant portion as well.

In comparison, employment in the coal industry has been on the decline for the last 30 years – long before wind and solar came into their own. In 2015, the coal industry employed 65,971 individuals, 50% of the 1990 total for coal and just a fraction of the current solar industry.

Beyond just the numbers, much of the job growth in the solar industry is also right here in the US, even in your backyard!

While most solar panels are manufactured overseas (specifically China), much of the US solar workforce – by necessity – is located on home turf, often right in your own city. Many of the positions in the solar industry – sales, project management, and of course installers typically focus on a specific region. That’s great for a community, because they need to live and work in the same area.

So when you install solar, you are contributing – in a very concrete way – to a stronger, healthier local economy!

Why is renewable energy important? 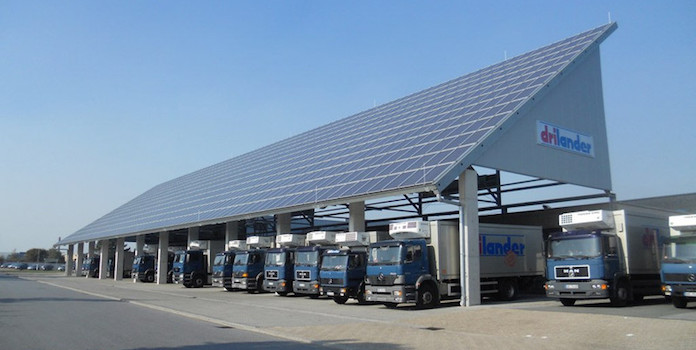 For the most part, installing solar means investing in local jobs, helping your city or town’s economy to grow. Not only that, you’re contributing to your own energy independence, helping to create a more reliable and resilient energy industry, and contributing to a healthier environment. The benefits of renewable energy are plenty!

Did we miss an important benefit? Let us know in the comments below!