How Much Does Wind Energy Cost? 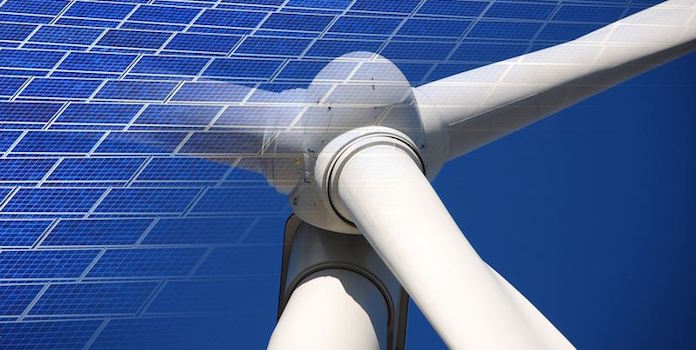 You might’ve heard that, at least for utilities, wind energy is a ridiculously cheap form of electricity – cheaper than any other method. But what if you want to install a small wind turbine on your own property? How much does wind energy cost? Is it a wise financial investment? How about when compared to solar?

We’ll answer all these questions as we look at how much wind energy costs for both residential and utility-scale turbines, and compare that cost to similarly-sized solar installations.

How to Compare Costs Between Different Energy Sources

The easiest way to compare costs of different energy sources is to compare the $/kWh cost for each. In the US, the average utility charged $0.13 per kWh for electricity in early 2017. Of course that rate differs by state, with a low of just $0.09 per kWh in Washington and a high of $0.30 per kWh in Hawaii.

To save money with your renewable energy installation, you need your $/kWh cost to be lower than what your utility charges you.

To find the $/kWh cost of wind energy, we’ll need to do some easy math. First, we’ll figure out how many kilowatt-hours of electricity the turbine in question will produce over its entire life. Then we’ll divide the total cost to install that turbine by how many kWh of electricity it produces in total. Simple, right?

This allows us to compare wind energy costs to the utility as well as solar. If it doesn’t make sense yet, don’t worry, we’re going to run through a couple of examples right now!

How Much Does Wind Energy Cost for a Residential Property? 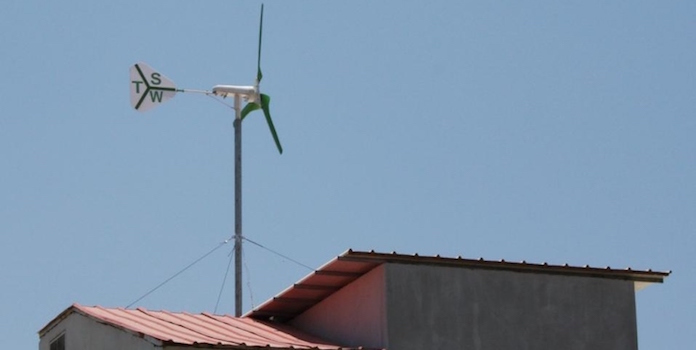 Wind turbines for residential use typically cost around $3,000 to $8,000 per kilowatt of capacity. That’s a huge cost range, so let’s break down an example to really understand how this cost breaks down.

Let’s take a look at a popular Skystream 3.7kW wind turbine installed in Colorado – a great place for both wind and solar energy. Using an online wind production calculator, we find that this turbine costs around $13,750 ($3,700 per kW) to install and produces about 7,832 kWh a year. At this rate, over its 20-year estimated lifespan, the turbine would produce a total of 156,640 kWh (7832 kWh annually X 20 years).

Doing some quick math, we find that the electricity generated by the turbine costs $0.09 per kWh ($13,750 divided by 156,640 kWh). As you can see, it’s about $0.04 less per kWh than utility prices! This means that, in this example, the Skystream is a cost-effective option in Colorado and would save you money over the long term.

If we add in the 30% federal tax credit (yes, you can use it for wind as well as solar) to your total cost, your savings are even higher! Taking this into account, your total investment drops to just $9,625. Your $/kWh cost subsequently drops as well, to just $0.06 per kWh – a huge saving over expensive utility electricity!

How Do Wind Energy Costs Compare to Residential Solar?

Unlike solar energy, which has enjoyed a huge explosion in growth over the last 10 years, residential wind energy is still in its nascent stages. There are huge utility-scale wind farms, but small wind turbines aren’t as cost-effective as those giant turbines. On the home front, unlike solar panels that are fairly unobtrusive up on a house’s roof, wind turbines can stick out like a sore thumb, jutting into the air far above the home.

Even though solar is by far the more popular option for homeowners (though not necessarily for utilities), we’re still left to wonder which option is more cost-effective. Let’s find out!

We already know the costs for a small wind turbine, so let’s look at solar now. The average cost to install residential solar hovers right around $3,000 per kW, so a 3.7kW installation should cost about $11,100 in total.

In Denver, CO a 3.7kW installation will produce about 5,653 kWh its first year (calculated using the National Renewable Energy Lab’s solar calculator). With solar installations lasting around 25 years, over its entire lifetime this installation should produce about 141,325 kWh – about 15,000 kWh less than the comparably-sized wind turbine above.

After accounting for the federal tax credit, the price drops to just $0.05 per kWh. This means that, at least in this circumstance, solar beats wind as the more cost-effective option.

With solar’s recent boom, prices have plummeted as panel manufacturers ramp up production and installers have grown. It’s no wonder that, for homeowners, solar is cheaper than wind. If you’re in a state that lends itself well to both solar and wind energy, odds are that solar will be the most cost-effective option – though wind is close on its heels!

Of course, your situation might be different. Maybe sunlight is weak but winds are strong in your region, so a wind turbine might make more sense. Be sure to talk to installers and get a couple savings estimates to see which makes more sense for you. 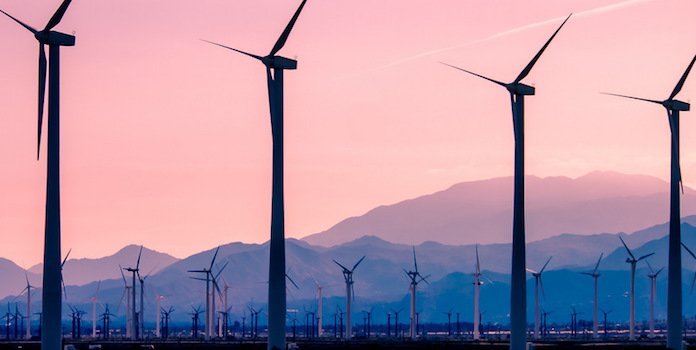 The giant wind turbines you see while driving through the plains are monstrous, utility-scale turbines typically around 2MW in size – that’s 50,000% bigger than the 3.7kW turbine above! Fun fact: the largest turbine in the world clocks in at 8MW and produces enough electricity to power 7,500 homes. That’s right, all that from one wind turbine!

How much do these massive turbines cost? According to a 2016 study by Lazard, a well-respected financial advisory firm, utility-scale wind energy is the absolute cheapest form of electricity a utility can install – cheaper than coal, natural gas, and solar. Wind energy costs the utility about $0.05 per kWh on average to generate. Compare this to coal’s $0.10 per kWh and utility-scale solar’s $0.06 per kWh. As you can see, renewable energy is pretty cheap!

An important note, though, is that wind and solar energy are intermittent – wind doesn’t blow all the time and the sun goes down each day. This means that renewable energy alone – at least without energy storage – can’t meet our energy needs.

Because of this, fossil fuels still play a very important role in our electricity generation. Without coal, natural gas, and nuclear plants, we’d have no electricity at night! Some thermal solar power plants have energy storage systems attached, but it comes at a price. According to the study above, the cost jumps to $0.15 per kWh, much higher than any other option.

If you attached a storage system to these wind turbines so we could use the power they generate even when the wind isn’t blowing, the price would increase to the point where they’re more expensive than their fossil-fuel counterparts. However, without storage and working in tandem with traditional power plants, wind is the cheapest form of electricity for a utility!

No matter if you’re installing a small wind turbine on your property or gazing out at the white monstrosities flying by as you drive down the interstate – wind energy is a great, cost-effective way to produce energy.

If you’re interested in installing a turbine yourself, you’ll need to get some estimates done to understand your energy use, what size turbine you’ll need, and your potential savings. And of course, don’t forget to look at solar as well, as it could be an even better way to save money!