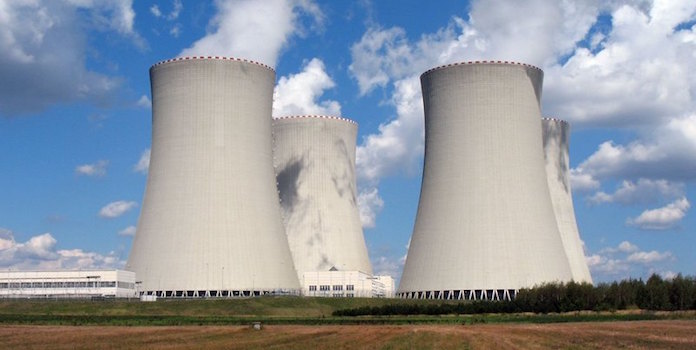 What is nuclear energy, and is it renewable?

Renewable energy may be the buzzword of the decade, but how do we classify an energy source as actually being renewable? And is nuclear energy renewable according to this official classification? In this article, we’ll break down the elements that allow us to use the ‘R’ word, and whether we should apply it to a widely used energy source like nuclear energy.

For years there has existed an abundance of conflicting viewpoints about nuclear-powered energy. Some say it’s quite safe and efficient, while others point to the handful of terrible spills over the last 40 years. Even still, 20% of the electricity generated in the United States comes from nuclear power plants, and 30% in Europe. Can we classify it as a renewable resource? What about a sustainable resource? What’s the difference? Let’s find out.

Defining the facts: what is a renewable energy source?

When it comes to the term ‘renewable energy’, the word renewable is defined as “energy from a source that is not depleted when used.”

This is easily understood with solar power, which doesn’t rob the sun of any power. We use the power that the sun is already emitting and then the sun continues to regenerate its own energy. The same goes for energy we pull from wind, biomass, hydropower, tidal, and even geothermal resources.

Another interesting distinction – though not intrinsic to renewable energy – is that renewable resources, like the sun and wind, are widely available. Other conventional energy sources, like oil, are only found in a limited number of countries.

The generation of renewable energy in the ways listed above are all natural processes that would occur with or without us. We have simply devised ways to benefit from them. With nuclear, the situation is a bit different.

From the atom to your appliance: how to generate nuclear energy 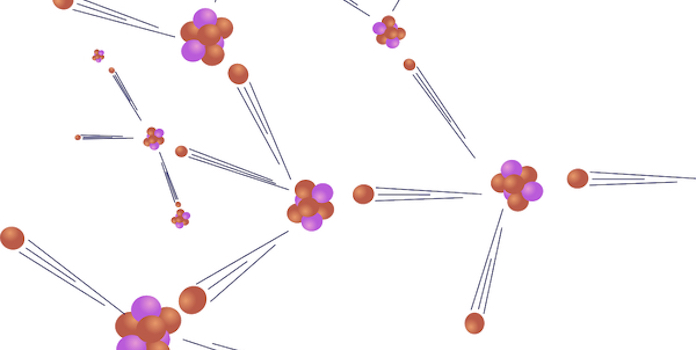 Before we go any deeper down the rabbit hole, let’s explain in greater detail how nuclear energy is generated.

Nuclear energy is created from the nucleus of an atom, its core. Atoms are microscopic particles, invisible to the human eye, which make up every object. For example, the screen on which you are reading this is made up of millions of small atoms.

The actual energy in the term ‘nuclear energy’ is released from these atoms. There are two different ways that energy can be released from an atom to form electricity: nuclear fission and nuclear fusion. Here’s a quick video explaining the difference between the two processes:

Fun Fact: The sun’s energy comes from the opposite process, nuclear fusion!

One more fun fact: I’m sure you’ve heard nuclear energy often tied to the conversation of creating bombs. An uncontrolled fission reaction is what creates the destructive force of a nuclear bomb. 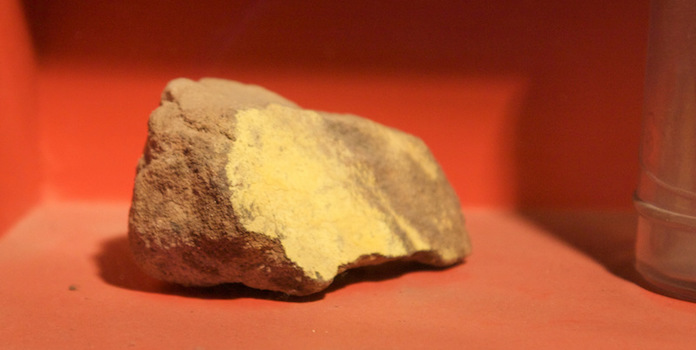 Unlike solar power, which is made up of just solar energy, the process of creating nuclear energy has many more components whirling around at one time. In addition to myriad atoms, a nuclear reactor also requires coolant, control rods, pressure tubes, a steam generator, and most importantly, uranium.

Uranium is a heavy metal that can be found in rocks and mined for use in energy generation. It also occurs in seawater and can be recovered from oceans (more about this below). Natural radioactive decay emits heat and is, in fact, the main source of heat inside the Earth.

There are many different types and varieties of uranium, but for energy generation, chemists focus on Uranium-235 or “U-235” because its atoms can be readily split (see link above).

Once the fission process starts (the splitting of atoms, as explained above) it creates a chain reaction, yielding a lot of energy at one time. The heat that is released from these nuclear reactions is then applied to water, which during this process, instantly evaporates into steam. This steam is then used to turn the turbines – generating power. And there you have it, nuclear reactor energy generation 101!

This can be a little confusing, so here’s an animated video to help out:

Renewable: what it is not 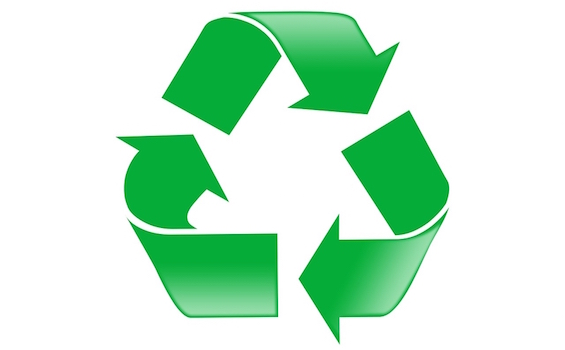 Energy sources are classified as non-renewable if the process of their creation is extremely long, like fossil fuels (i.e. coal), or if their creation happened a long time ago and it is not probable that it will reoccur, like uranium.

Hence, the U.S. Department of Energy classifies uranium as a non-renewable source. It is an energy source just like any other conventional fuel, such as oil and gas, that is limited in quantity and needs to be extracted from the earth.

So the answer to our query seems simple, and yet, the question of nuclear energy’s ‘R’ word status has been debated for many years. Why?

Nuclear energy is a relatively clean energy source, in that it emits little to no greenhouse gases. This is one of its greatest assets as a major energy source. However, this does not qualify it as a renewable resource. People can get tripped up over this point, but they are forgetting the meaning of ‘renewable’ – we could still run out of mined uranium.

That being said, just because an energy source isn’t renewable does not mean it isn’t a clean or an optimal energy choice, i.e. sustainable energy. Unlike renewable energy, sustainable energy has many definitions. Its meaning has changed significantly over the last 30 years as technology has improved and new sources of energy have been discovered.

However, the basic defining quality in sustainable energy is that it is an energy course that will allow the globe to sustain balanced, healthy ecosystems and human life.

Nuclear power is presently defined as a sustainable energy source. But make no mistake, ‘sustainable’ and ‘renewable’ are not interchangeable. Any energy source can be renewable without being sustainable, and visa versa.

Under the sea: is the solution hidden in seawater? 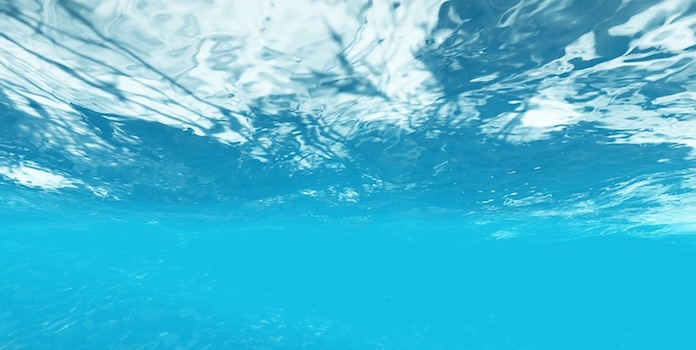 Amazingly, there are ideas on the table in the renewable world that would actually make mass-produced nuclear energy renewable. The cleanest and possibly most viable of which is using uranium extracted from seawater, instead of that mined from rock formations.

Unlike land-mined uranium, uranium extracted from seawater is constantly replenished through chemical reactions between the water and rocks, deeming it a truly renewable resource.

So, if the source of uranium were seawater, the production of nuclear energy would thus be termed renewable. Research has been in the works since the 1960s to extract uranium from seawater. But, as with almost any commercial commodity, the seawater extraction process has to become more economically viable before it can compete in the same arena with mining uranium ore.

While prices have dropped significantly in the last 50 years, they are yet to be cost-competitive with traditionally mined ore. The good news is that recent breakthroughs have projected a further decrease over the next ten years. US nuclear power plant operators paid about $42 per pound of uranium in 2016.

If scientists can edge cost of saltwater uranium even closer to that of traditionally sourced uranium, the tables may turn in the direction of a more renewable option. Only time (and market economics) will tell.

While the amount of mined uranium ore used to power nuclear reactors is estimated to last between 100 to 200 years, physicists have calculated that the fast breed reactors fueled solely by uranium extracted from seawater could supply energy as long as life on earth exists! Clearly, there are benefits to further be explored on this front.

So, is nuclear energy renewable?

Now that all the facts are on the table, we can easily label nuclear energy as a non-renewable energy source. In fact, the Library of Congress has classified that nuclear fuel sources (aka U-235) are “not essentially renewable.”

The only circumstance under which nuclear energy can be classified as technically renewable is if it is being produced from uranium extracted from seawater, a process still quite a ways into the future.

If you’d like to learn more about this topic, here are a couple of links that might interest you:

Please leave us your comments on classifying nuclear energy!